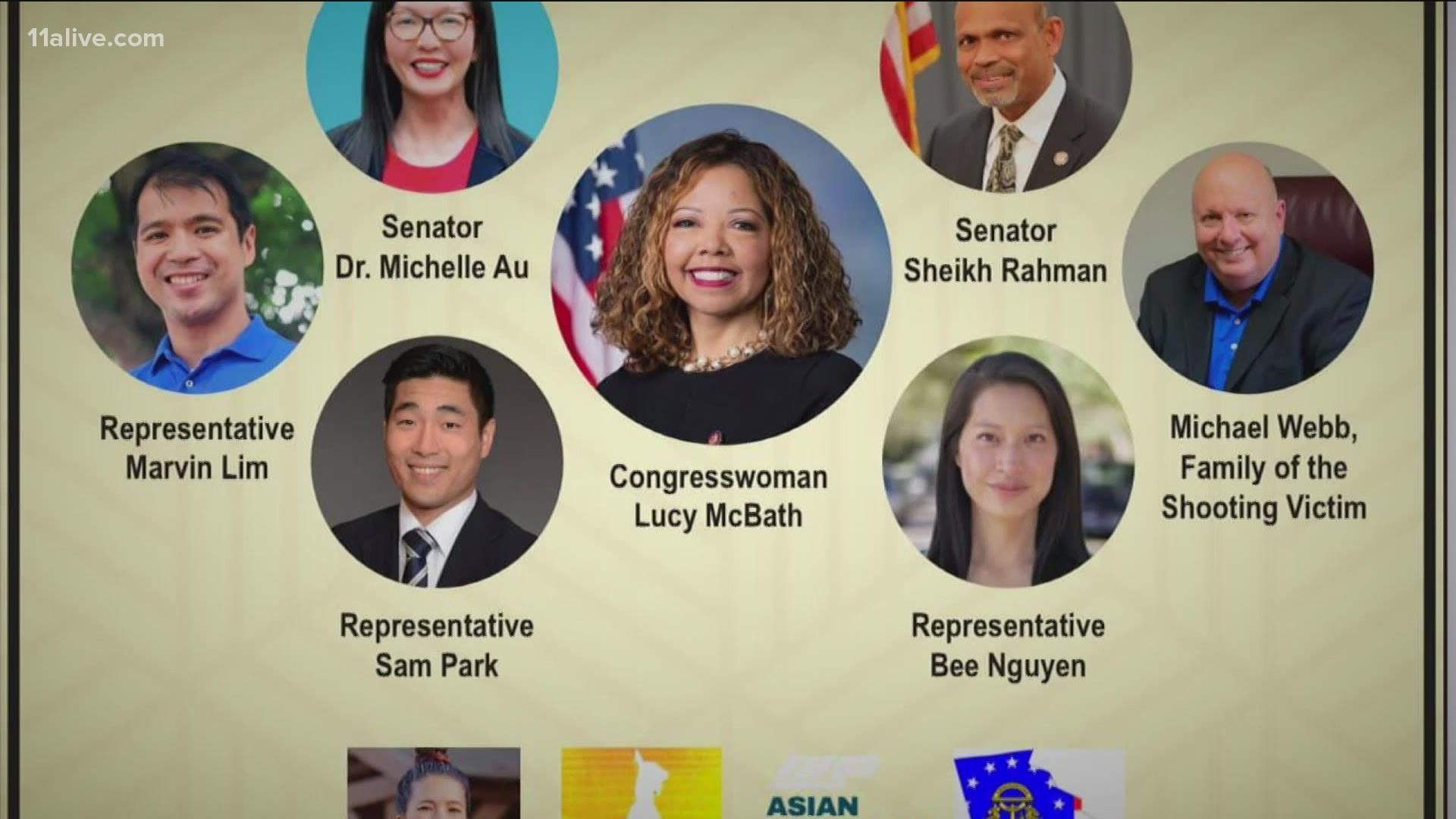 This is a conversation local advocacy groups felt was needed following the metro Atlanta spa shootings in March.

Joining them was family of one of the victims, Xiaojie “Emily” Tan, who was killed at Young’s Asian Massage in Cherokee County, which she owned.

Tan's ex-husband, Michael Webb, had a seat at the table during Tuesday's panel to talk about gun reform. Webb told 11Alive this isn’t about politics because he doesn’t identify with a particular party and he’s a gun owner. To him, it’s about protecting people.

Nearly two months after the arrest of Robert Aaron Long, a white man who confessed of killing eight people at three metro Atlanta spas, the crime still weighs heavily on the Asian American community because six of the victims were Asian women.

“This has just been unbelievably horrible and now my daughter has to grow up without a mother,” said Webb.

Webb said Tan’s death will forever change his family’s lives, and now he wants to do his part to bring change and protect others, which is why he sat alongside Georgia’s Asian American legislators to talk about gun reform.

“There needs to be some common sense legislation to enhance background checks, waiting periods, certainly gun safety requirements,” he said.

Investigators said the gunman in the spa shootings purchased the weapon the same day.

Cam T. Ashling is the chair for the Asian American Action Fund’s Georgia chapter and said Webb’s voice is crucial in this talk.

“He is deeply impacted by this tragedy and he deserves to have a say in how we address the issue,” Ashling said.

Webb said he hopes to bring a voice of reason to the conversation.

“What happened to Xiaojie has made me determined to be a better father and determined to do anything I can do to maybe help somebody so they don’t have to go through this,” he said.