The virtual parade will be held following the inauguration ceremonies on Wednesday. 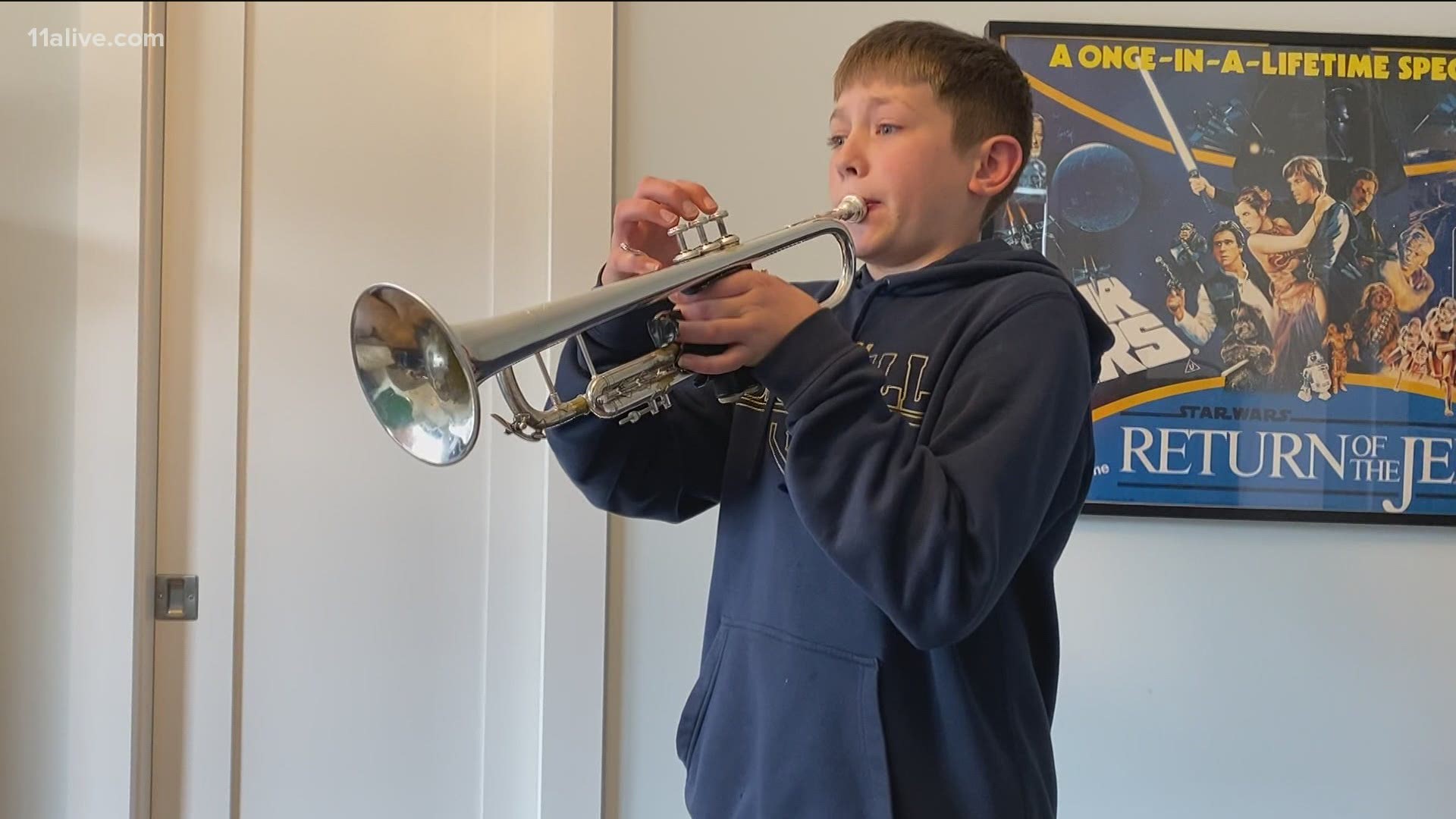 ATLANTA — A 12-year-old Atlanta trumpeter will be highlighted in President-elect Joe Biden's virtual inauguration parade on Wednesday as one of America's "heroes in the community."

Jason Zgonc's story provided inspiration last year during the pandemic. He would play his trumpet to salute healthcare workers at Emory Healthcare in Decatur every night through the summer.

On Wednesday, he'll be playing with the New York Philharmonic trumpeter who inspired him, Ethan Bensdorf, for Biden's "Parade Across America."

The parade will take place following the inaugural ceremonies that afternoon.

"It’s really fun, makes people happy and if you like doing it, it makes you happy too,” Jason told 11Alive's Hope Ford back in May about his nightly concerts.

He started after seeing Bensdorf play from his rooftop for healthcare workers in New York, which at that time was experiencing the worst of the early COVID-19 pandemic. It wound up continuing every night, between 6:30 p.m. and 8 p.m. for the shift change, for months.

"We have something called the Spirit of Emory here, and Jason is an extension of that, that good, hearty energy that you can do it," a healthcare worker at Emory, Robert Westmoreland, told Hope last year.

According to a release, the "Parade Across America" will start on Wednesday at 3:15 p.m. and including "diverse, dynamic performances in communities in all 56 states and territories, celebrate America's heroes, and highlight the diversity, heritage and resilience of the country."