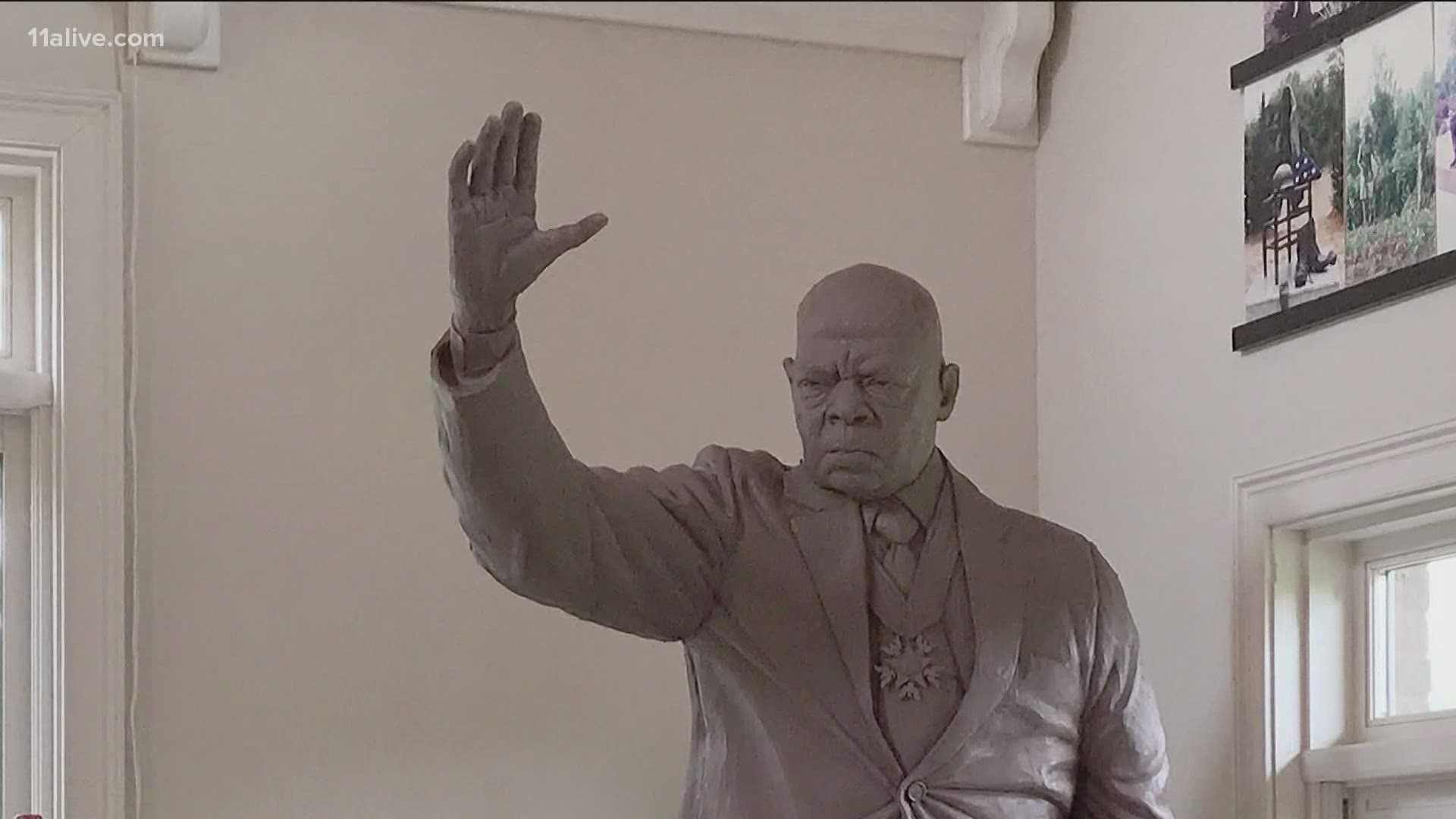 ATLANTA — A local artist is nearing completion on a monument of the late Congressman John Lewis. Internationally-recognized sculptor Gregory Johnson began work on the statue in May of this year. After 400 hours of work, the artist said he has about 100 hours left.

Just a few months before Lewis' passing, Johnson was asked to send a photo of how the statue was coming together.

"I sent a picture to Rodney Cliff Jr., who then passed it along to John Lewis and they showed it to him, and he was absolutely thrilled," said Johnson.

Johnson admitted the seven-foot, 800-lb statue has been a challenge.

"I’ve got a 100 pictures of the guy that I'm using ... everything has to flow and blend around the back side to the front side to make sense," explained Johnson.

John Lewis statue will be on display at Peace Park

The sculptor said that while he has worked on larger pieces, he believes this is the most significant work he's ever done.

“As far the impact on society, I think this is the most significant opportunity I've ever had in my life," Johnson added.

Johnson said that he had invited the congressman to his artist studio to see the piece in person once it was complete, but Lewis died only four days after he extended the invite.

The statue will be placed at Atlanta's Peace Park, also known as the Rodney Cook Sr. Park in downtown Atlanta. The John Lewis statue will be one of two monuments on display when the park first opens this fall. Organizers say there will be a total of 18 statues at completion including Booker T. Washington, Andrew Young, and Joseph E. Lowery.