Ex-Forsyth deputy was 'negligent of duty' when he had inappropriate relations while on the job: Internal investigation

The investigation found that Christian violated his oath of office, divulged confidential information, engaged in unbecoming conduct and more. 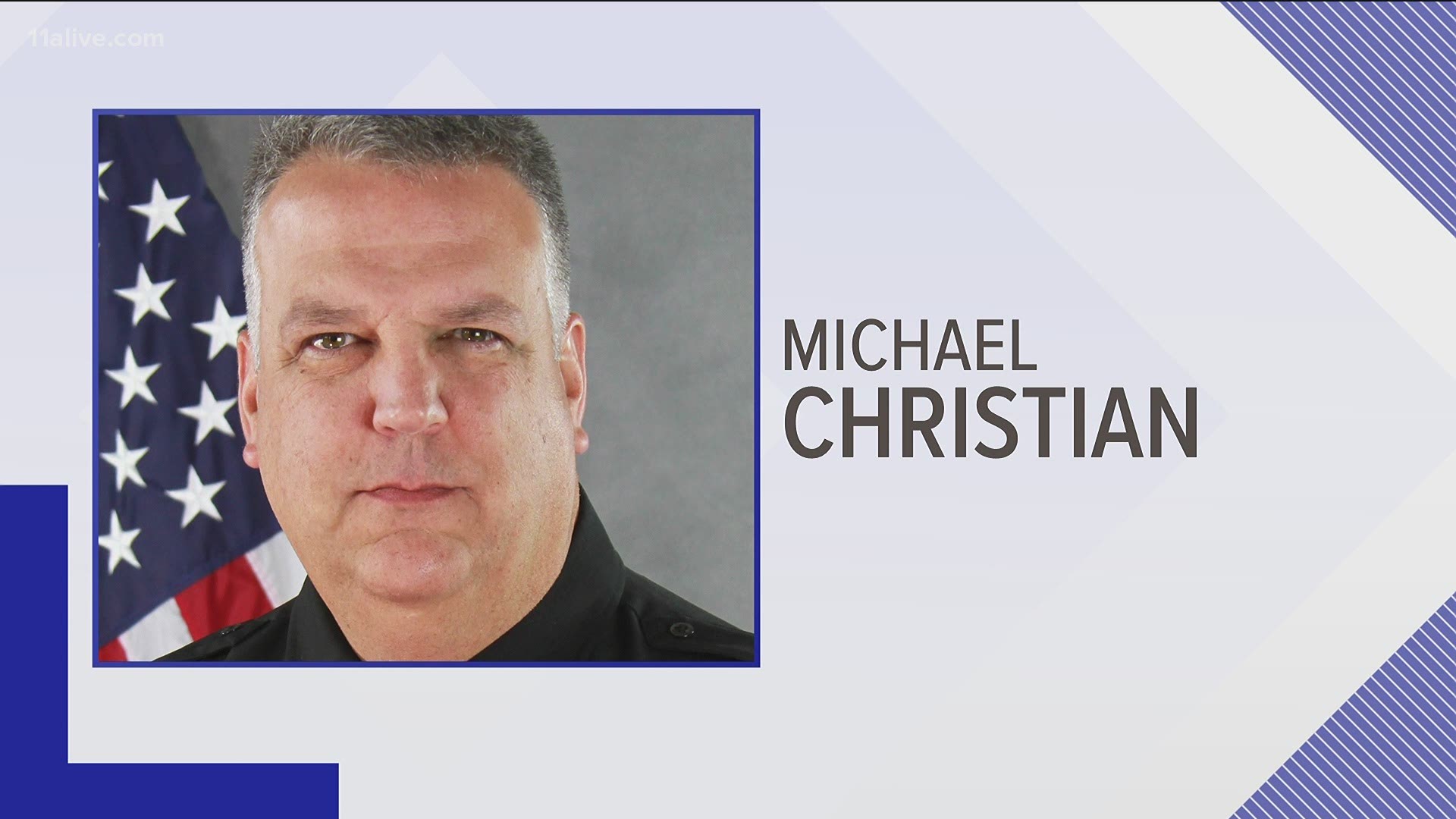 FORSYTH COUNTY, Ga. — An internal investigation into the conduct of a Forsyth County deputy found he was "negligent of his duty" after he reportedly had two inappropriate relationships with two women while he was supposed to be on the job.

According to a report that detailed the findings of the internal investigation, former Cpl. Michael Christian violated several of the agency's policies when he spent hours on the phone with one of two women while on duty, allowed them into his official vehicle, made inappropriate contact, and shared sensitive information through his official email account.

The report, sent to 11Alive, showed former deputy Christian met both women, separately, while working cases in an official capacity, but continued contact with them afterward.

Over the course of the relationship with one of the women, the report said that Christian forwarded numerous emails containing "sensitive information" to her email account. In addition, call logs from both Christian's county-issued cell phone and the woman's cell phone showed they spent hours talking while Christian was supposed to be working; the investigation found he was "was at a minimum distracted with lengthy conversations."

A second woman, who also admitted having a relationship with Christian, said they would meet in his county-issued car and engage in inappropriate behavior, also while he was supposed to be on duty.

The internal investigation found that Christian violated his oath of office, divulged confidential information and agency correspondence, neglected his duty, allowed unauthorized people in his vehicle, and engaged in unbecoming conduct - all in violation of the sheriff's office's policies.

In a statement, the Forsyth County Sheriff Ron Freeman said "there is no room for this type of conduct, and the citizens of Forsyth County deserve better."

Christian resigned in October 2020 before the investigation was complete.

Read the full statement from the sheriff's office below:

"Mr. Christian made the decision to resign prior to the completion investigation. However, when someone acts as this former employee did, they lose their right to work alongside those Deputies and employees who serve with such distinction and heroism daily.  The Sheriff has made it expressly clear that unethical, illegal or immoral acts will lead to termination from this agency, every employee has heard this directly from the Sheriff."