Lawmakers have made several attempts to get new hate crime legislation passed in the state, but none have been successful. 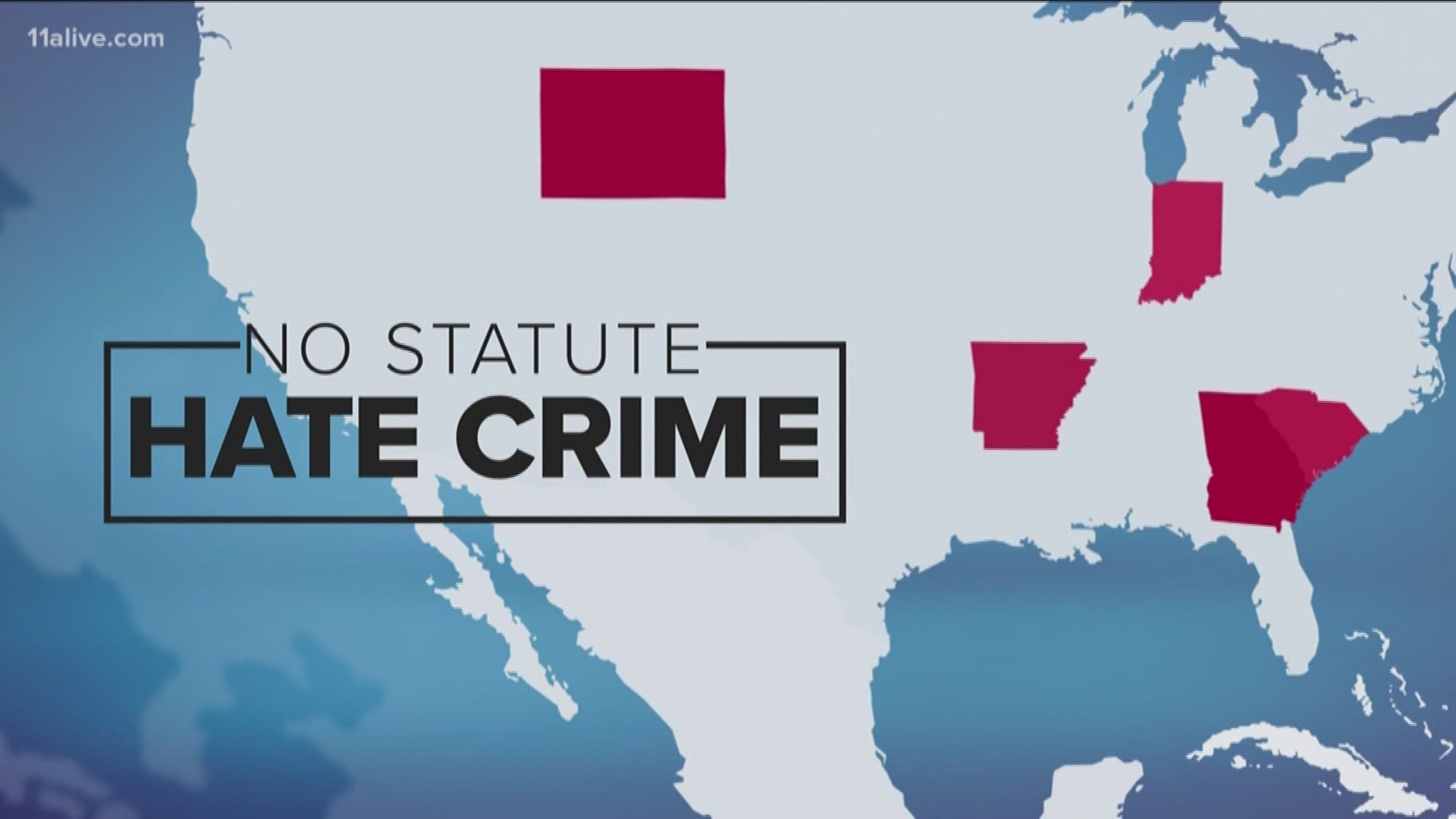 ATLANTA — The deadly shooting at a synagogue in Pittsburgh is part of an ongoing rising trend of hate crimes across the country. For four years, hate crimes have been on the rise in major cities by nearly 12 percent, according to the FBI.

11Alive tried to narrow our focus to just look at Georgia, but the FBI has no data for the state. Why?

Because there is no hate crime statute on the books in the state. Georgia is one of five states without one. But it hasn’t always been that way.

The ruling came in the case of a white man and woman convicted of beating two black men in Atlanta while screaming racial slurs at them.

Lawmakers have made several attempts to get new hate crime legislation passed, but none have been successful.

Last year, House representative, Karla Drenner signed House Bill 660. The bill would have required training for officers on hate crimes and require them to report the crimes to the Georgia crime Information Center. But it languished in committee.

“It kind of died a committee death of inaction,” she explained. “This bill and many others like this bill have been introduced since that bill, none of them have had a hearing.”

Another bill presented by members of the legislative black caucus asked for more severe punishments for hate crimes. That bill died too.

Drenner theorized that the reason why is categorizing crimes is contentious.

“I’ve heard some of my colleagues talk about crime is crime,” she said.

In other words, a hate crime does not need its own distinction. And although there is no state hate crime, there is a federal hate crime law, which could lead to prosecution.

Meanwhile, Drenner said she hopes what happened in Pittsburg won’t be repeated.

“I can only hope that we would preempt something like what’s happened in other states by passing a law such as the one that was introduced last year,” Drenner said hopefully.