Blackout Tuesday activists are asking you not misuse the #BlackLivesMatter hashtag

If you're posting a black square to Instagram in solidarity, here is how you can make sure you are not blocking information by using the BLM hashtag, activists say. 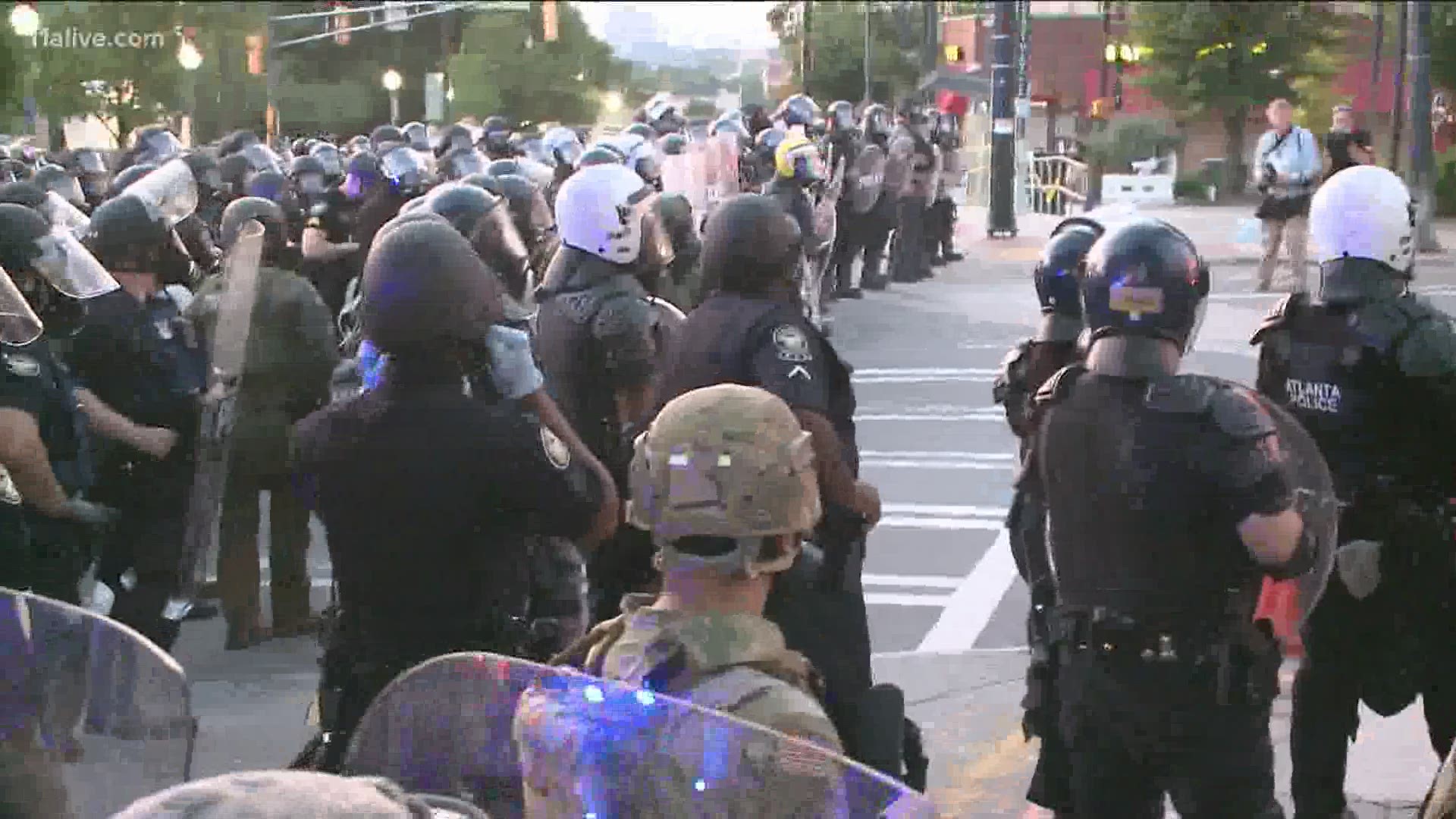 ATLANTA — If you scroll through your Instagram feed today, you're liable to see a lot of blank posts, plain black squares one after another filling your screen.

June 2 is Blackout Tuesday, a symbolic show across social media of solidarity with protesters around the country who have demanded justice in the wake of the killings of George Floyd, Ahmaud Arbery, and Breonna Taylor.

Many protesters say the killings of Floyd, Arbery, and Taylor represent the need to end police brutality and institutionalized racism across the nation.

Activists have one small ask, however: Don't use the #BlackLivesMatter hashtag when you post.

"DO NOT USE" has trended on Twitter this morning, because Blackout Tuesday posts have been flooding the BLM hashtag - which has been a critical tag for organizers to communicate protest plans.

"Reminder: If you are going to post a picture for #BlackOutTuesday, do not use the hashtag “Black Lives Matter," one Twitter user explained. "Information is continuously being spread through that hashtag! Promote them separately."

According to Instagram's count, so far more than 4.5 million posts have been tagged with #BlackoutTuesday. There are more than 13.5 million #BlackLivesMatter posts, but many of the most recent ones appear to be associated with Blackout Tuesday.

Instagram users are posting images to spread the word to delete the #BlackLivesMatter hashtag on the Blackout Tuesday posts in an effort to preserve educational content surrounding the movement.

Black Out Tuesday was initiated by two black women, Jamila Thomas and Briana Agyemang, in the music industry, according to TheShowMustBePaused.com. Major music labels across the country are joining forces to support their black artists. No new music will be released on June 2, the website details.

"We will not continue to conduct business as usual without regard for Black Lives," the website states.

The message goes on to detail how this is not just a day-long fight, but a step in the right direction to correct years worth of institutionalized wrongdoing.

MORE ON THE NATIONWIDE PROTESTS

Black business owner’s spirit bruised but not broken after vandalism