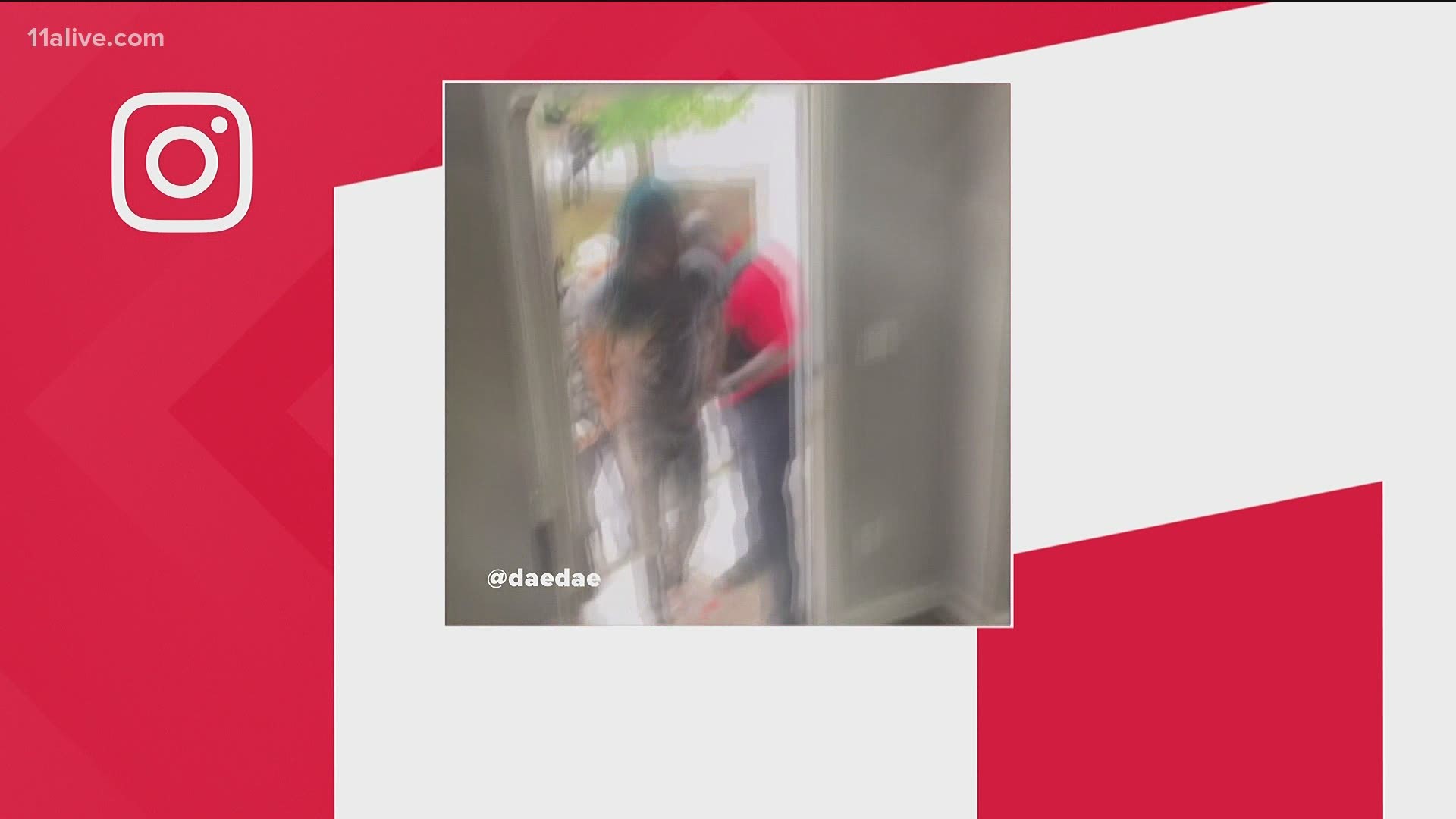 UNION CITY, Georgia — The Atlanta rapper wanted in connection with a stabbing that happened last year at a metro area Dunkin' is now in custody. A teen employee was hurt during the encounter.

According to the warrant, on Saturday, Dec. 5, 2020, the altercation began in the drive-thru, while Goolsby was in his red four-door Audi when he got upset because he didn't get a food item that he wanted at the Dunkin' off of State Route 138. Goolsby allegedly drove away but then came back shortly after 6 p.m. He entered the Dunkin' location where he began yelling at a teen who was 17-years-old at the time, the warrant stated.

RELATED: Warrant: Atlanta rapper swung at teen multiple times with knife before stabbing her at Dunkin'

The altercation - which was captured on surveillance video - quickly turned physical when he began swinging at the teen multiple times with a knife and chased her around the store, before stabbing her in the arm, according to the warrant.

When officers arrived, they found the teen on the floor and she was treated for her injuries by EMS but she declined to go to the hospital. The warrant stated Goolsby left his white tennis shoe on the floor before leaving.

The encounter was captured on surveillance video. The suspect is seen swinging at the teen multiple times with a knife and chased her around the store, before stabbing her in the arm, according to the warrant.

It wasn't until last week when police said they were looking for Goolsby in connection with the stabbing.

Last year, 11Alive spoke with the lawyer representing the family of the girl who was hurt in the stabbing. Kamau Mason said she was shaken after the attack.

The rapper is known for the popular hit songs "Wat U Mean" and "Spend It."

Police didn't release any further information about the arrest.