The organizations are also looking back to July for weak points and trying to make sure no voter is disenfranchised. 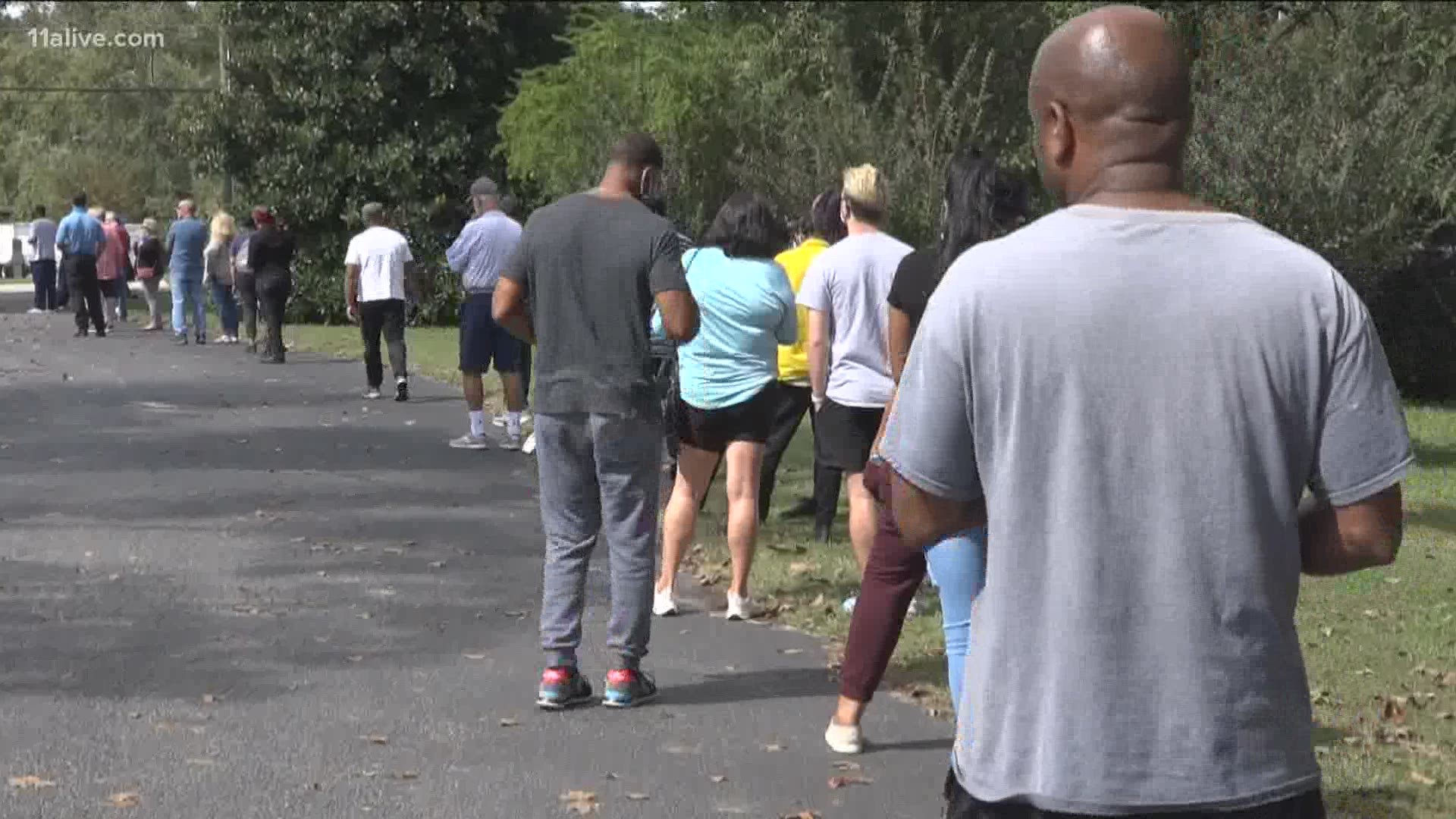 They’re calling out issues from the July election and hoping the secretary of state works to prevent future concerns.

From long lines to cars getting towed while people waited in line, the election protection and voting rights projects said they received hundreds of calls today from voters.

“Listen, Georgia voters have navigated their way through a pandemic, through a summer of protests, and now these elections,” New Georgia Project’s Nse Ufot said. “Today being the first day of early voting are giving us an opportunity to flex our power and test our power at the polls.”

During a virtual conference call, members of voting rights groups outlined the multitude of issues they heard from voters on Monday.

“There have been problems with poll pads, with ballot access cards, obviously with social distancing,” Harold Franklin with the Lawyers' Committee for Civil Rights Under Law said. “We have also had reports of voters’ vehicles being towed by law enforcement.”

At Tyrone City Hall in Fayette County, the line wrapped around the parking lot.

"They were calling the county to see if people had absentee ballots that needed to be canceled,” Kim Richardson, a Fayette County voter, said. “For the couple in front of me, it took 45 minutes to get that confirmed."

"I think people are just really ready to vote,” said one. “It doesn't matter how long it takes, we still stand in line to vote. We're voting like our life depends on it."

“Many voters were expected to have long lines, and some of them brought their own chairs and that’s very inspiring to see people that committed to democracy,” Executive Director Aunna Dennis of Common Cause Georgia said.

“If you’ve got your vote by mail or your absentee ballots, exercise that so you don’t have to stand in those lines,” said Executive Director Helen Butler with the Georgia Coalition for the People’s Agenda. “Use those drop boxes that the counties have available for you.”

11Alive reached out to the secretary of state’s office several times on Monday for a response on voters’ claims. We didn’t hear back.