Officials rejected Friday the notion that there should be questions about Georgia's vote counting integrity. 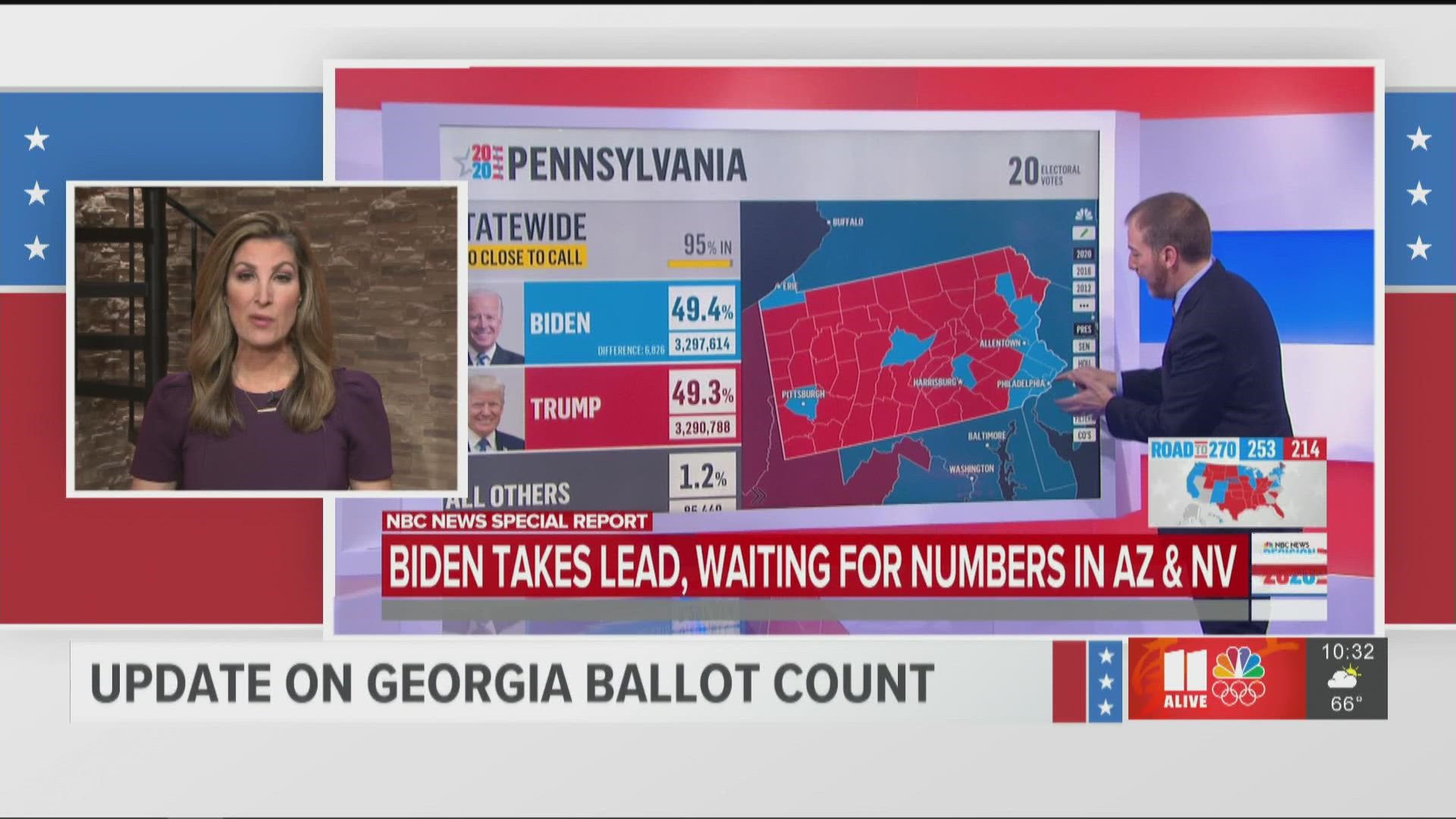 ATLANTA — The Georgia Secretary of State's Office re-asserted Friday that the integrity of the state's vote is not in serious question, as Joe Biden overtook President Trump by a slim margin in the early morning hours.

President Trump and his supporters have grown increasingly frustrated with the ongoing count in Georgia, where a lead that appeared quite large on election night has continued to shrink over the last few days, before it disappeared entirely as absentee ballots were counted.

In an address Thursday night, the president wrongly said the state's election apparatus was run by Democrats and has baselessly suggested the vote counting process in Georgia has been somehow corrupted.

Gabriel Sterling with the Secretary of State's Office said Friday, effectively, that was not the case.

"We are not seeing any widespread irregularities," said Sterling, the voting system implementation manager in the Secretary of State's Office. "Our office and the counties have many, many safeguards and many, many guardrails built over many years to ensure the integrity of the vote."

Sterling noted that paper ballots take longer to count, and there were many more of them cast this year than in years past. He said Georgia usually sees about 5% of its ballots cast as absentee ballots, and this year it was more like one-third of all ballots.

"They've never had to handle this volume of paper before," he said of the counties, explaining why the count has stretched out now into its fourth day.

He also noted that both Sec. Brad Raffensperger and himself are Republicans.

"Secretary Raffensperger is a Republican, I'm a Republican, I don't make any bones about it, anybody who knows me - and suddenly I have a lot of people looking at my Twitter feed and my LinkedIn - it's pretty obvious," he said. "In general we have people who have partisan beliefs, but the job of elections directors and this office is to count every legal vote, follow the law and assure that every legal vote is counted and the will and intent of the voters is met."

Raffensperger noted that "stakes are high and emotions are high on all sides" but vowed that national debates would not distract from the count in Georgia.

Sterling said the Secretary of State's Office would diligently investigate any credible allegations of fraud, and that "if somebody has a credible complaint and they have some kind of evidence or some kind of trail to an evidence, they can give our office a call."

"We want to make sure we protect the integrity of the ballot," he said. "Because that's the way you're gonna build faith back in the system, that the outcome of the election is correct."