Democrat Stacey Abrams has not conceded against her opponent Brian Kemp.

It's more than a week after Election Day and there's still controversy surrounding Georgia's governor's race.

Although Republican Brian Kemp has declared himself the winner, Democrat Stacey Abrams is not giving up.

Her campaign has held a few news conferences to talk about the problems voters had with the election. The campaign is very critical of Georgia's voting system and filed a variety of lawsuits that have lead to more votes being counted and raised questions about the system.

The Secretary of State's Office is showing new numbers for the Governor's race. The race is still tight, but the additional votes still don't push this highly contested battle into a runoff.

Here's the breakdown from the Secretary of State's Office website:

The Libertarian in the race, Ted Metz, has less than 1 percent of the votes.

Kemp needs 50 percent plus one vote to avoid a runoff.  If either candidate fails to get more than half of all votes cast, the top two candidates will compete in the runoff. The same is true for any state race that winds up in a runoff.

For a recount, there has to be a 1 percent margin between candidates. Currently Kemp is leading Abrams with a 1.46 percent margin.

Tensions surrounding the election are starting to heat up. Several lawsuits that have been filed that could impact the race. Another court ruling expected Wednesday, which centers on whether absentee ballots missing valid birth dates should count.

Police even arrested protesters Tuesday. Sen. Nikema Williams was among more than a dozen arrested during a demonstration a the state house. 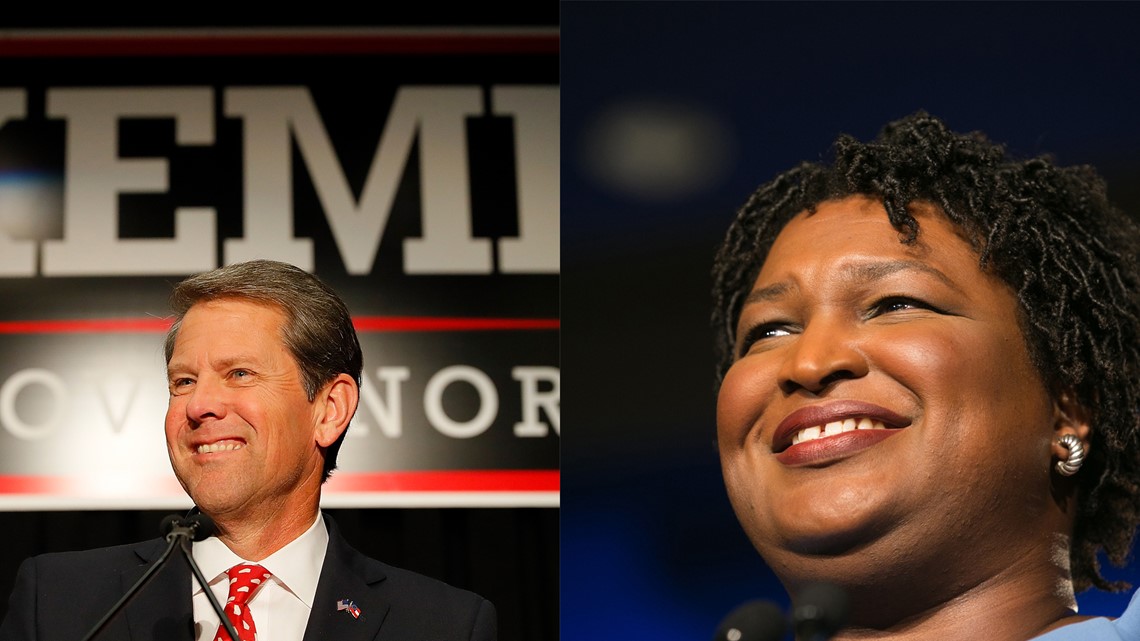 The lawsuits that could impact Georgia's governor race
ATLANTA - Voters headed to the polls more than a week ago to decide Georgia's next governor, but the winner has yet to be officially decided between Democrat Stacey Abrams and Republican Brian Kemp. With the latest numbers showing Kemp with a 50.3% lead over Abrams, the former Secretary of State has already begun putting together a transition team.