How Kelly Loeffler adds to the history of women in the U.S. Senate 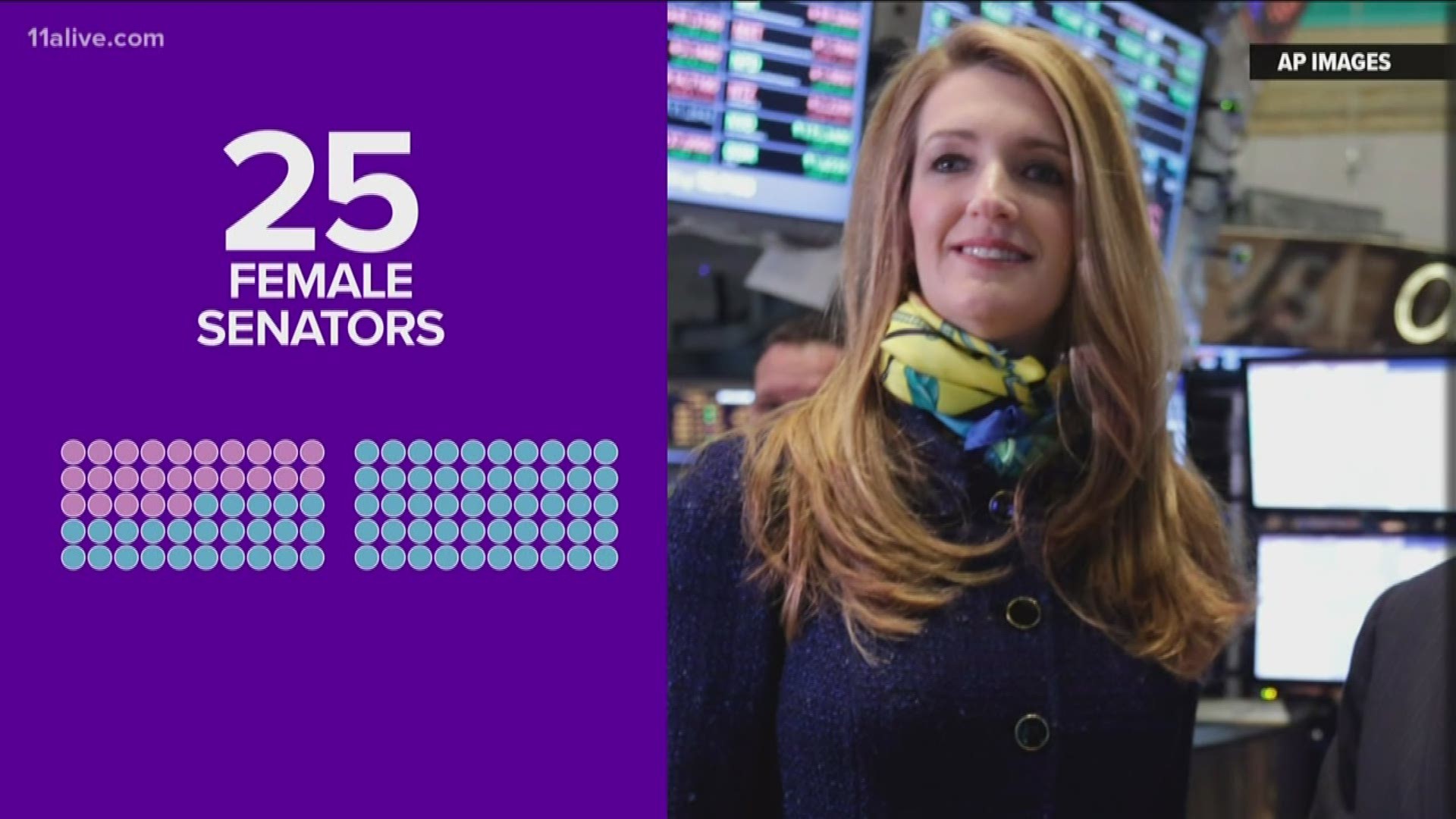 ATLANTA — Georgia Gov. Brian Kemp has finally announced who will fill the U.S. Senate seat of Johnny Isakson when he leaves offices at the end of the year.

His appointment choice - Kelly Loeffler. The move adds another woman in a male-dominated field.

She may be unknown to voters but she's been a very active donor to Republican and a few Democratic causes. Loeffler is also a co-owner of the Atlanta Dream, the WNBA team.

"From the farm to the New York Stock Exchange, Kelly Loeffler has lived the American Dream," Gov. Kemp said. "I'm confident that she will work every single day to keep that same dream alive for our children, grandchildren, and generations to come."

Kemp made a point to say he's proud to appoint the first woman from Georgia to serve in the Senate in nearly 100 years.

Only Rebecca Latimer Felton did before. Felton was the first woman to ever serve in the U.S. and was appointed Nov. 22, 1922 - after a man's death. She served a single day.

There have been 56 female senators since 1789 -  32 of them have been Democrats and the remaining 20 have been Republicans. Out of that number, 17 were appointed and seven of them succeeded their deceased husbands.

Loeffler will now join the 25 other female Senators currently serving in Congress. It's the first time in history that one-fourth of the members are women.

Loeffler will serve in the Senate for about 10 months before defending the seat in an open-to-all special election for the remaining two years of Isakson’s term in November 2020.

Read more about the history of women in the Senate on it's website. You can also find out more about Loeffler here.