Warnock has been a politically active and vocal leader from the same Ebenezer pulpit once occupied by Martin Luther King Jr. 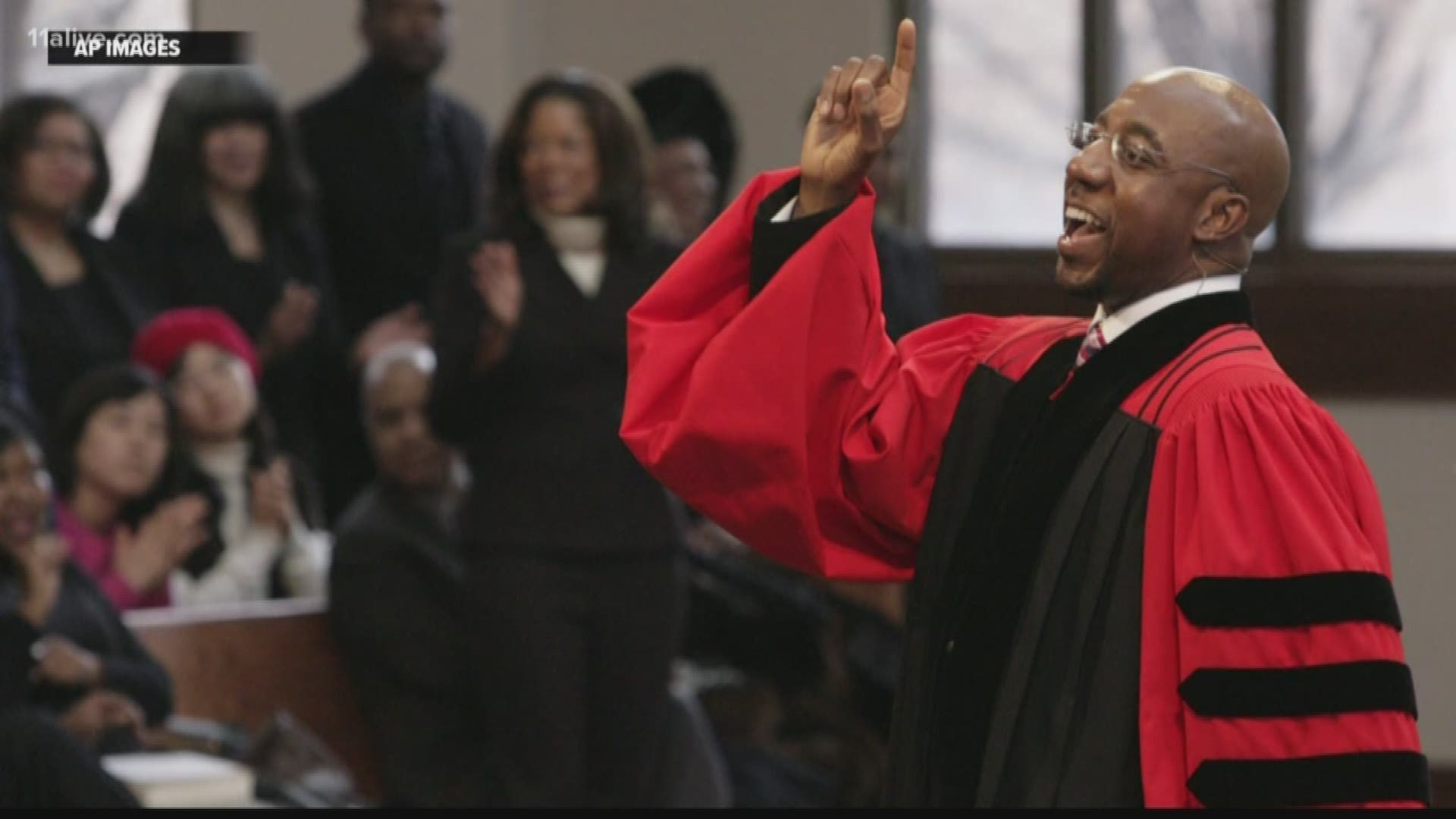 "Reverend Warnock believes his impact does not stop at the church door, and has been an advocate to expand health care coverage and to ensure hardworking Georgians can make a living wage," his campaign site says, under a section titled "Why I'm Running."

Warnock will be running in the open special election - which includes Republican Rep. Doug Collins - for Johnny Isakson's seat, which was vacated with the long-serving Georgia senator's retirement at the end of December.

Incumbent Republican Sen. Kelly Loeffler - appointed by Gov. Brian Kemp earlier this month - will be trying to retain the seat and fill the remaining two years of Isakson's term.

Warnock has been a politically active and vocal leader from the same Ebenezer pulpit once occupied by Martin Luther King Jr.

"As Senator, Reverend Warnock will bring to Washington the concerns of struggling Georgia families who wonder why no one is looking out for them," Warnock's campaign site says. "He will focus on fighting for quality, affordable health care, for the dignity of working people who are paid too little as our government works more for Wall Street, and to make sure every voice is heard."

RELATED: How a black Senate candidate could help Georgia Democrats

A campaign video on his website shows Warnock at his childhood home, the Kayton Homes housing projects in Savannah, touting his working-class roots. His father was a veteran, small businessman and preacher, he says, and picked up and sold scrap junk. His mother picked cotton and tobacco.

"We were short on money but long on love and faith," he says. "Our parents taught us the value of hard work."

It also promotes his progressive social views and a populist economic message.

He says he thinks Georgia is "ready to stand up for the family who's tried to do everything right, but when they receive one bad medical diagnosis, they realize that the cost of being sick is too much; ready to fight for the dignity of workers who are paid too little and pushed aside as government works for Wall Street corporations; ready because I realize that a kid who grows up in the projects today, and struggling families across Georgia, have it harder now than i did back then."

DeKalb County District Attorney Sherry Boston recently announced she would not run for Senate, which removed what would have been one of the more serious potential Democratic opponents for Warnock.

Stacey Abrams book on voting rights to be published in June

Bernice King on MLK Day: 'We are teetering on the edge of losing our collective soul'