Why would election officials reject your absentee ballot?

So far, Georgia has rejected only .04% of the ballots submitted 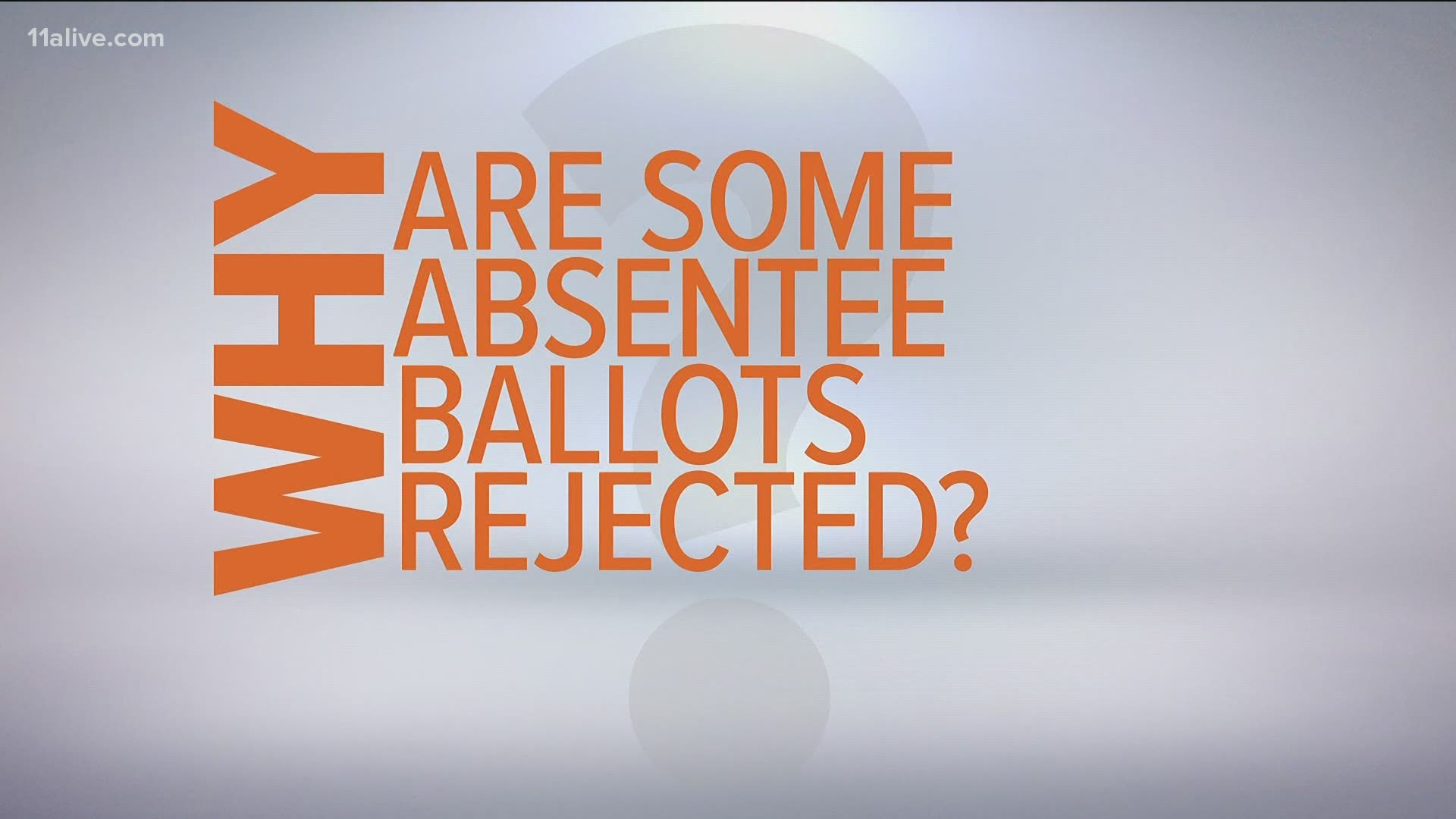 ATLANTA — It doesn’t happen often, but mistakes could lead to the rejection of your absentee ballot.

You waited and waited for your absentee ballot to arrive - now that you’ve got it, let’s make sure your vote counts.

Typically, issues that lead to rejection have nothing to do with the ballot itself.

Once you’ve finished filling in the bubbles beside candidates of choice, think of the Stevie Wonder song "Signed, Sealed, Delivered."

Your ballot goes in an envelope that requires your signature right there on the outside flap.

Here in Georgia, election officials have rejected .04% of the absentee ballots submitted so far in 2020. The Secretary of State’s Office says the primary reason is a missing signature.

RELATED: Verify: Can you still vote in-person if you already requested to vote absentee?

According to the U.S. Election Assistance Commission, about 27% of the mail-in ballots rejected nationwide during the 2016 presidential election had signatures that didn’t match the one on file with the voter registration office. 23% arrived late and 20% didn’t have a signature at all.

Before you sign, seal, and deliver that envelope, make sure the bubbles beside the candidates you like are completely filled. The Secretary of State’s Office tells us a bubble that’s only partially filled will likely count, but it’s best to fill it completely to make sure.

The deadline to have that absentee ballot to election officials is 7 p.m. on Election Day, Nov. 3.