'I don’t think it’s going to be smooth sailing': Ex-Brave outlines issues with getting back to baseball

Nick Green spoke to 11Alive's Maria Martin about the serious hurdles that remain. 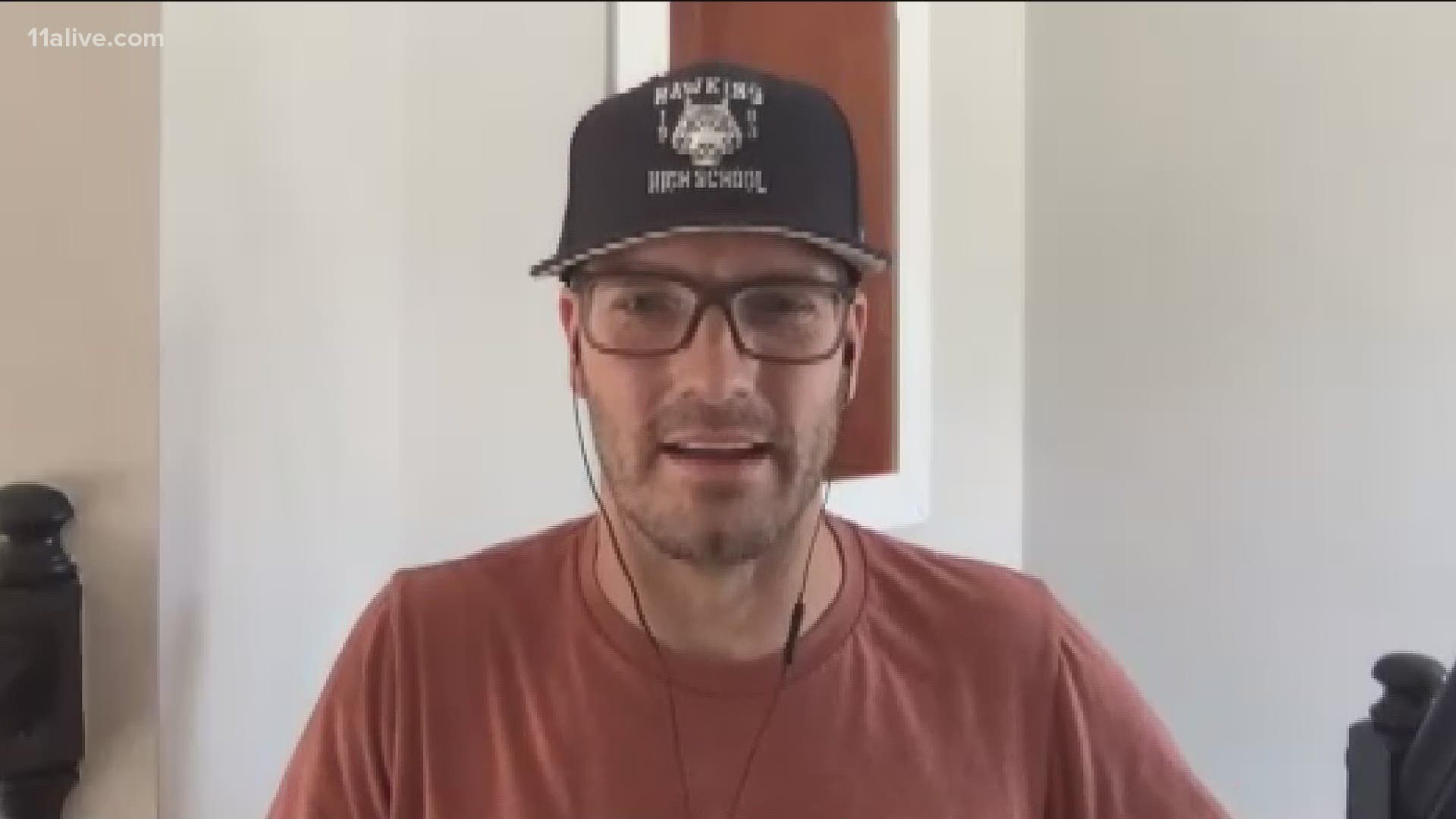 ATLANTA — “I just hope they can come back and come back safely,” says FOX Sports Braves analyst Nick Green.

Green was himself an infielder in the Major Leagues for eight seasons, including one in Atlanta.

He told 11Alive's Maria Martin that for all the optimism about a proposal to get back to baseball, serious hurdles remain.

The most important priority, Green said, is trying to figure out how to bring the sport back and how to do it safely. On Monday, MLB owners approved a plan that would get baseball back to action in early July.

Credit: AP Photo/Lynne Sladky
Nick Green, during his final MLB season with the Miami Marlins in 2013.

While getting back to the diamond sounds great, the Major League Baseball players' union has provided some pushback. Specifically, when It comes to the financial aspect.

“If you set a salary cap, then it’s going to hurt everybody involved in this, and I think it’s an issue where you want to play but you need to make sure that this precedent isn’t set for future negotiations," Green said.

Initial reaction was excitement surrounding the possibility of baseball returning to our lives, but immediately after, the questions started to come in droves.

For Green, his initial reaction was, “How are they even going to make this happen?”

The former Braves infielder agrees with the players on several different issues.

“The revenue sharing situation is just not a good one for the players," he said. "They must stick with what has worked so far. It might be a one-time thing this year, but that has to be it."

Of course, it’s not just about the money. Players have also voiced serious concerns from both health and logistical standpoints.

“There’s a lot of things that go on in the training room, in the weight room, the batting cage, the video room where you’re coming in close contact with guys. It’s difficult," Green said. "There’s definitely no right answer, and I think there are guys that are definitely all-in and then other guys that are hesitant.”

'That’s what you do as a nurse. Our job is to help people'

Under 1% of MLB employees test positive for coronavirus antibodies