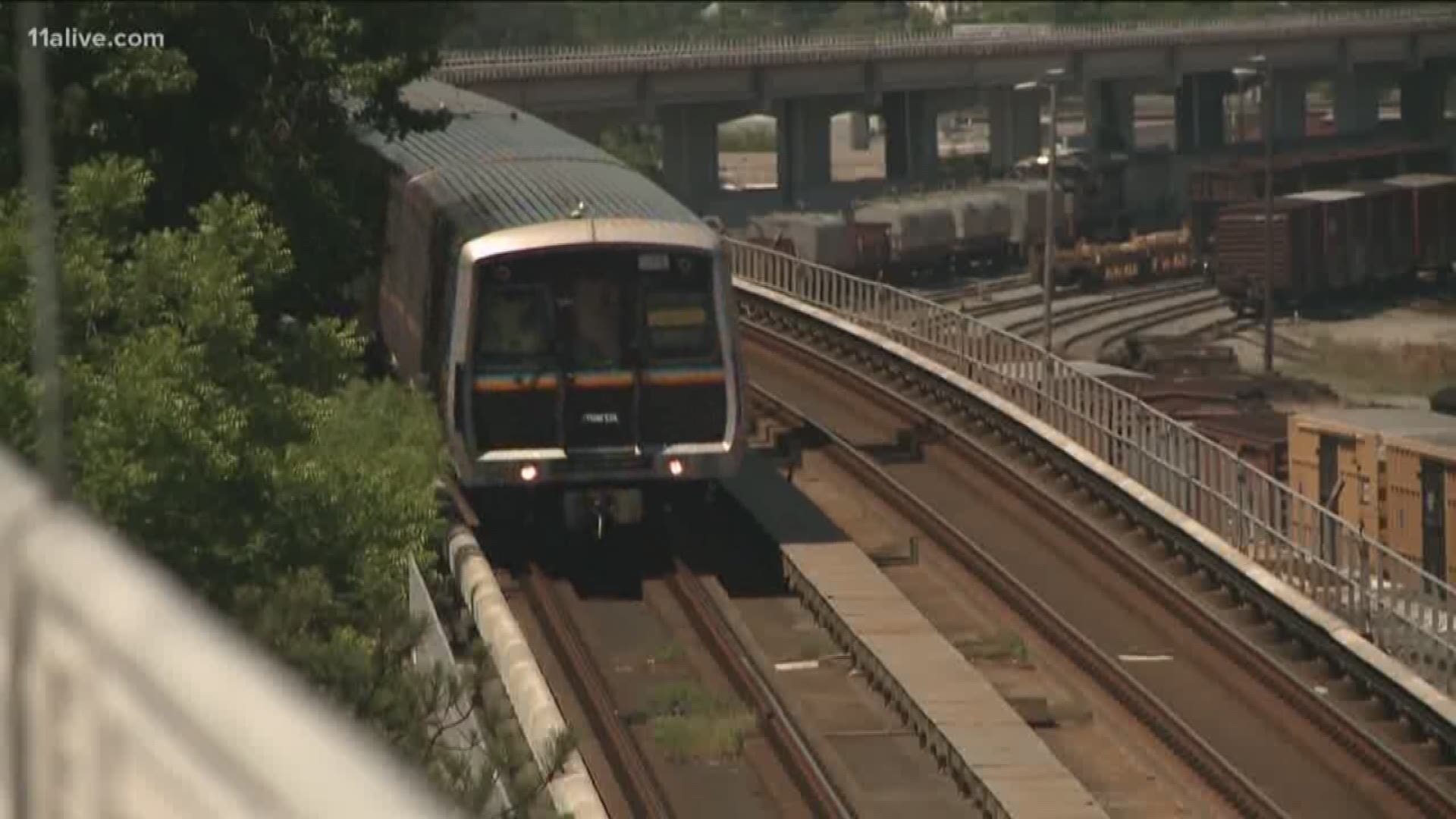 ATLANTA — More than a million people are expected to descend on Atlanta to take part in the Super Bowl LIII festivities. But that means - MORE traffic.

Several roads in and around Downtown will be closed for security measures (more about those here), so public transit or ride-sharing are the best options. If you plan on trying to park (we don't recommend it), the Super Bowl officials encourage you to visit ParkSuperBowl.com for parking maps and resources.

Driving? Make sure to read up on these hilarious unofficial "rules of the road" for how to drive in Atlanta, according to Atlantans.

One big option to avoid a traffic headache is to use MARTA, or the Metropolitan Atlanta Rapid Transit Authority. Below are some FAQs on the system.

WHERE CAN I CATCH MARTA AND WHERE DOES IT GO?

Most of the MARTA rail lines lie within the Perimeter and consists of four lines -- red, gold, blue and green -- that run north to south and east to west. All lines meet at the Five Points station, which is where riders can transfer to different lines. Outside of the Perimeter, MARTA bus routes connect neighborhoods to rail stations.

Most stations at the end of each line also have FREE first-come-first served parking for riders, though with anticipated increase in passengers, MARTA suggests getting there early.

Free parking is available at the following lots

Long-term parking is available for $5 for customers who park longer than 24 hours at the following stations at the Brookhaven, Dunwoody, Lenox and Sandy Springs stations. At the College Park, Doraville, Lindbergh, and North Springs stations, parking is $8.00 for every 24-hour period.

RAIL SERVICE | Click here to get a map of the entire MARTA system.

HOW DO I GET ON MARTA AND WHAT'S A BREEZE CARD?

The MARTA Breeze Card is your literal ticket to riding MARTA. It’s a reloadable plastic card that riders tap to get through the faregates and onto the train platforms, buses and Atlanta Streetcar.

How much does it cost?

The Breeze Card costs $2.00 plus the additional fare and can be used for up to three years after it is purchased. The cards, which will feature a commemorative Super Bowl logo, can be purchased at Breeze vending machines at each of the 38 MARTA stations, RideStores (at Airport or Five Points Station).

Everyone, except children under 6 years old, MUST have a Breeze card to ride.

Fares are as follows:

DOES MARTA HAVE AN APP?

Yes it does! The MARTA On the Go App can provide real-time bus and rail information, bus routes and other information. It is available in the App Store and Google Play.

Still have more questions? Here's MARTA's guide to riding and a page to their frequently asked questions. 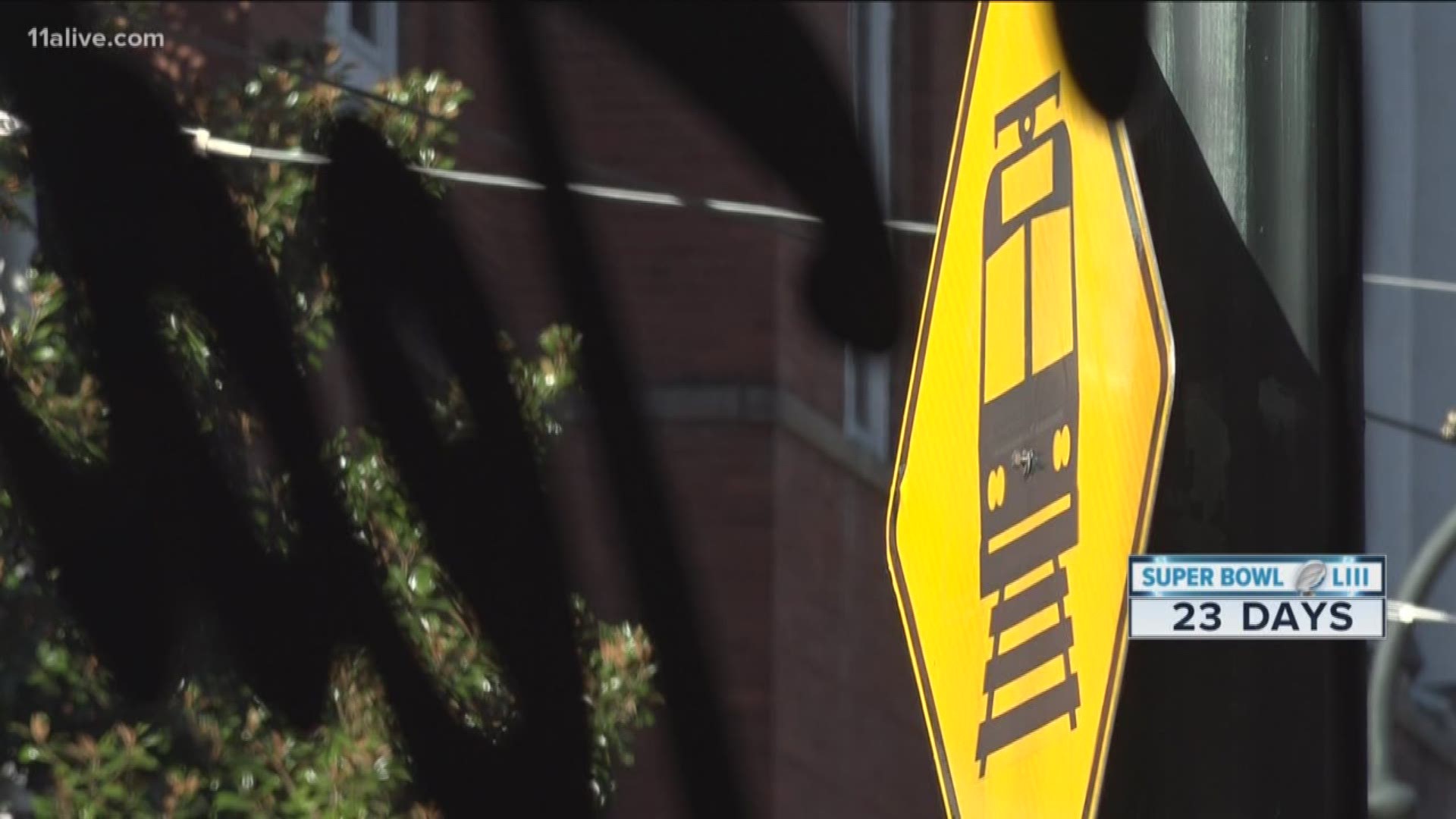 If public transit sounds too complicated to handle, car-pooling and ride-sharing are other options to get around.

Designated drop-off and pick-up locations for the Super Bowl campus are as follows:

While you're trying to navigate the city, it is important to PLAN AHEAD and allow for extra time to get around due to road closures and special events.

You can also download the officials Super Bowl LIII Atlanta app for the most up-to-date event information.

Check out 11Alive's complete coverage of Super Bowl LIII - from performers to road closure maps to security preparations - at 11Alive.com/superbowl.