What's filming and in production in Georgia right now

Movies and television shows being produced in the state even with the pandemic restrictions occurring in parts of the country. 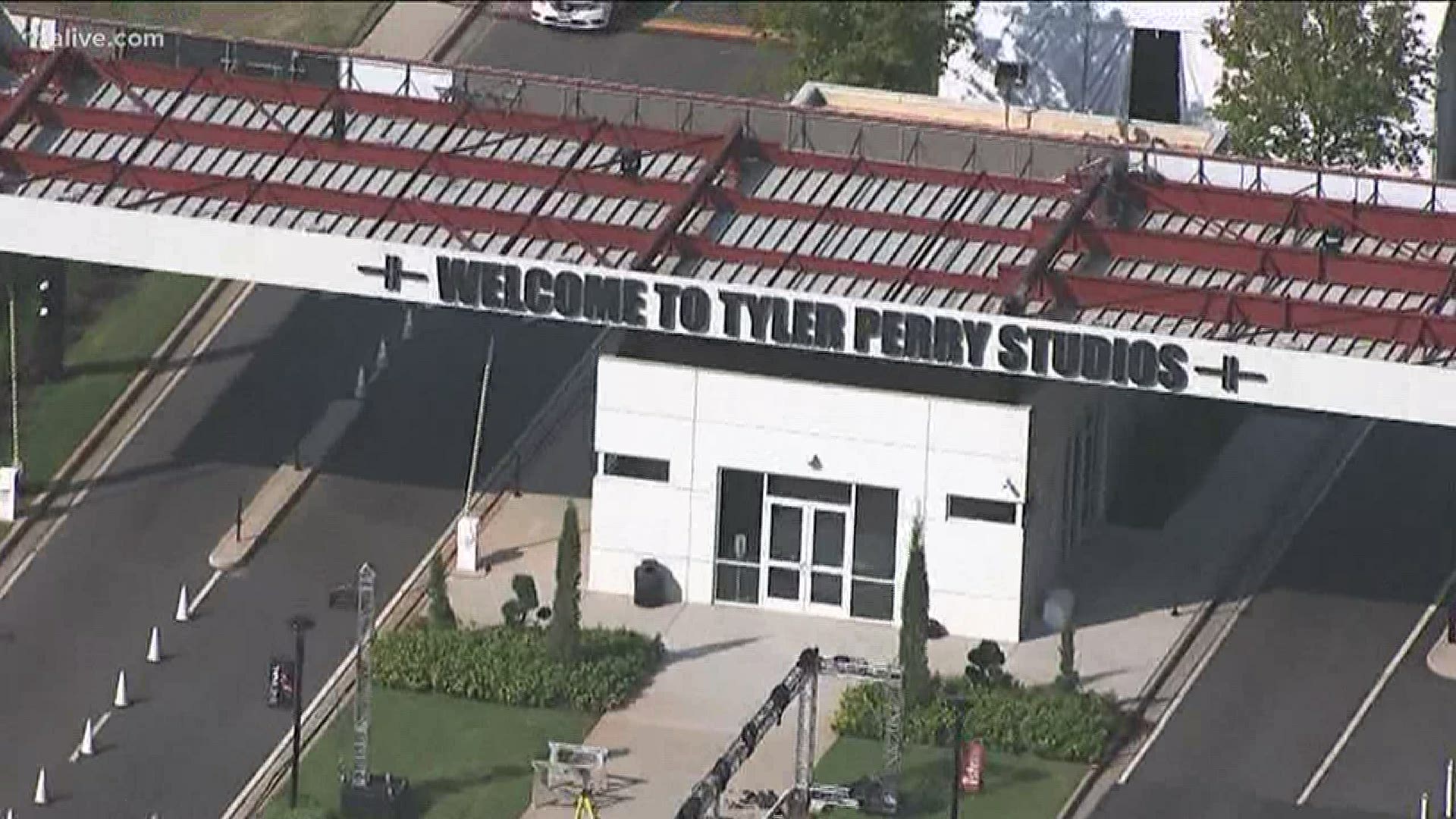 ATLANTA — A limited number of television and film projects across the nation restarted production following the easing of restrictions tied to the pandemic.

However, with the recent increase in COVID-19 cases in California and other states, some productions in those areas have been forced to shut back down.

In Georgia, however, the state's film and television production industry has ramped back up.

While the level of production is not to the level of what it was prior to the shutdown in March, according to the state's film and television production office, there are currently 13 crews working in various parts of the state.

"Between the two of us, me and Tammy probably weigh at least a thousand pounds," Amy said in the opening moments of the show's first episode. "So we decided we're going to have weight loss surgery."

Production on 1000-LB Sisters continued once restrictions brought about by COVID-19 were lifted in Georgia.

Season 8 of the daily syndicated gabfest has continued to produce episodes during the coronavirus pandemic. The hosts of the show -- half based in Atlanta and the other half based in Los Angeles, are operating from home instead of their radio studios.

Rickey Smiley, Porsha Williams, Headkrack, Da Brat and Gary With Da Tea normally operate from the home base of the Rickey Smiley Morning Show, which itself is syndicated to 65 radio stations across the nation from Atlanta. Frank Kramer and Heidi Hamilton are hosts of the Heidi & Frank Show at KLOS in Los Angeles.

Dish Nation is distributed by Fox First Run, a division of Fox Corporation.

'Don't Waste Your Pretty' is an upcoming television movie for the TV One network.

The film is an adaptation of the 2014 book with the same title by Demetria Lucas and stars Roshon Fegan and Chyna Layne.

According to the description of the book on its back cover, it is a dating and relationships "manifesto" and advice guide compiled from popular questions asked by Lucas' clients and readers.

Lucas is an author, life coach and blogger who has answered thousands of queries online.

Double Kidnapped is an independent motion picture that remains in production. No other details are available about the production.

Production on the fourth season of the fantasy television series, Dwight in Shining Armor, airing on BYU TV in the United States and the Paramount Network internationally is underway. The series features a modern teenager who awakens a princess from a thousand-year-long magical sleep.

The show's first two seasons were filmed in Utah before moving production to Georgia to take advantage of the state's tax incentives.

Another independent film in production in Georgia, there are not any other details available about Home Safe.

Production of Season 6 of the reality series Little Women: Atlanta remains in production in metro Atlanta.

Ross died on April 27. 2020, following injuries she received in a head-on wreck in South Fulton. There have been no details revealed regarding how the series will address Ross' death, nor when the new season will premiere.

The Bravo reality series is apparently back in production following the conclusion of its seventh season that aired last January, according to the state's official production site.

There has been no official word from Bravo or from the show's Los Angeles-based production company, Purveyors of Pop, however.

The Real Housewives of Atlanta

Speaking on the syndicated television show Extra TV, Real Housewives cast member Kandi Burruss said the show had started taping "around July 16" and that cast members are being regularly tested for COVID-19.

The second season of the Tyler Perry-produced and directed BET series began production at Tyler Perry Studios in Atlanta on July 8.

The comedy-drama follows a group of single black women from multiple walks of life who have bonded over their complicated love lives, their careers and other common bonds over life.

The series was created by Perry.

The Inheritance is another independent feature film in production in Georgia. Additional information is not available on The Inheritance.

The Tyler Perry soap airs on BET and tells the story of a family in the White House, along with the powerbrokers who put them there as well as the staff that works at 1600 Pennsylvania Avenue.

Season 2 of the soap began production at Tyler Perry Studios in Atlanta on July 8.

The Ride That Got Away

The reality series airs on FYI and is hosted by Courtney Hanson and Troy Ladd. The two have founded Royl Garage to reunite car owners with the cars from their past that they truly loved but had to give up.

Season 2 of the series is now in production.

Other productions have been anticipated to begin in Georgia in the upcoming months, including the DC Comics superhero film Black Adam, starring Dwayne Johnson and season 11 of AMC's The Walking Dead.

Production of the film featuring the Shazam super-villain was supposed to begin in late July or August, but according to Johnson, that date is being pushed back "a few months" due to the pandemic.

The new season of The Walking Dead was originally expected to enter production during the summer months of 2020, but that start date has also been delayed by the coronavirus.

Fans on Reddit say they are hopeful to get some new info on both projects during this week's "Comic-Con @ Home" online sessions that will be replacing the annual San Diego Comic-Con -- which was also canceled due to the coronavirus pandemic.

Mother Bettie Ann Pace dies at the age of 82

Tyler Perry's Madea uses a mask when she goes out