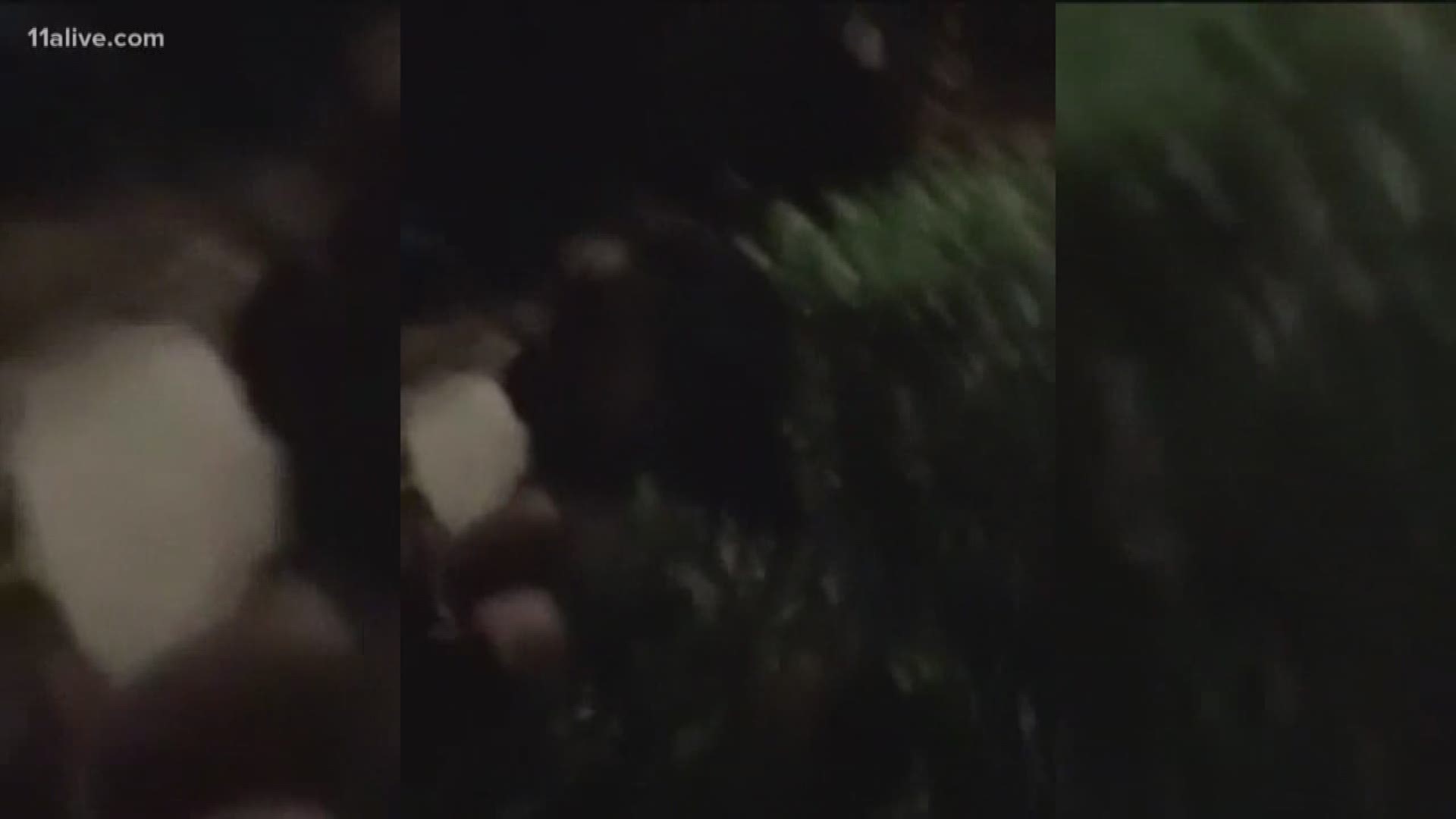 ATLANTA — There are renewed calls for customers to #BoycottHoustons after the police had to be called on three women who were said to have entered the Atlanta restaurant after hours to use the bathroom, then refused to leave.

According to the police report narrative, the officer was working an extra job as security for Houston's at 2166 Peachtree Road on Mother's Day, May 13 when the incident unfolded.

►RELATED: Who was at fault in Houston's restaurant controversy? Depends on who you ask

When the officer got there, the shift manager for the restaurant asked that the officer escort three women out of the restroom because they came in to use the facilities after the business had closed at 10 p.m., and they had already been asked twice to leave.

When the officer went in to the restroom, he found the three women, identified as Brittany Marie Lucio, Asia'h Sharrell Epperson and Erica Walker, all on their phones. The officer asked them to leave, but was met with no response. The officer asked again for them to leave, and instead he said the three laughed while looking at their phones and again ignored the request. A third request also went ignored, according to the officer.

RELATED | T.I. says 'It's time for Malcolm X' after actresses' arrest at Houston's

At that point, the report says the officer grabbed Lucio by the wrist, saying "Let's go." But when they got to the door of the restroom, the officer said the woman pulled away from his grip and shouted "Get your hands off of me!" to which the officer replied, "Ok. Just leave the restaurant." Again, the officer wrote, the women refused to move. 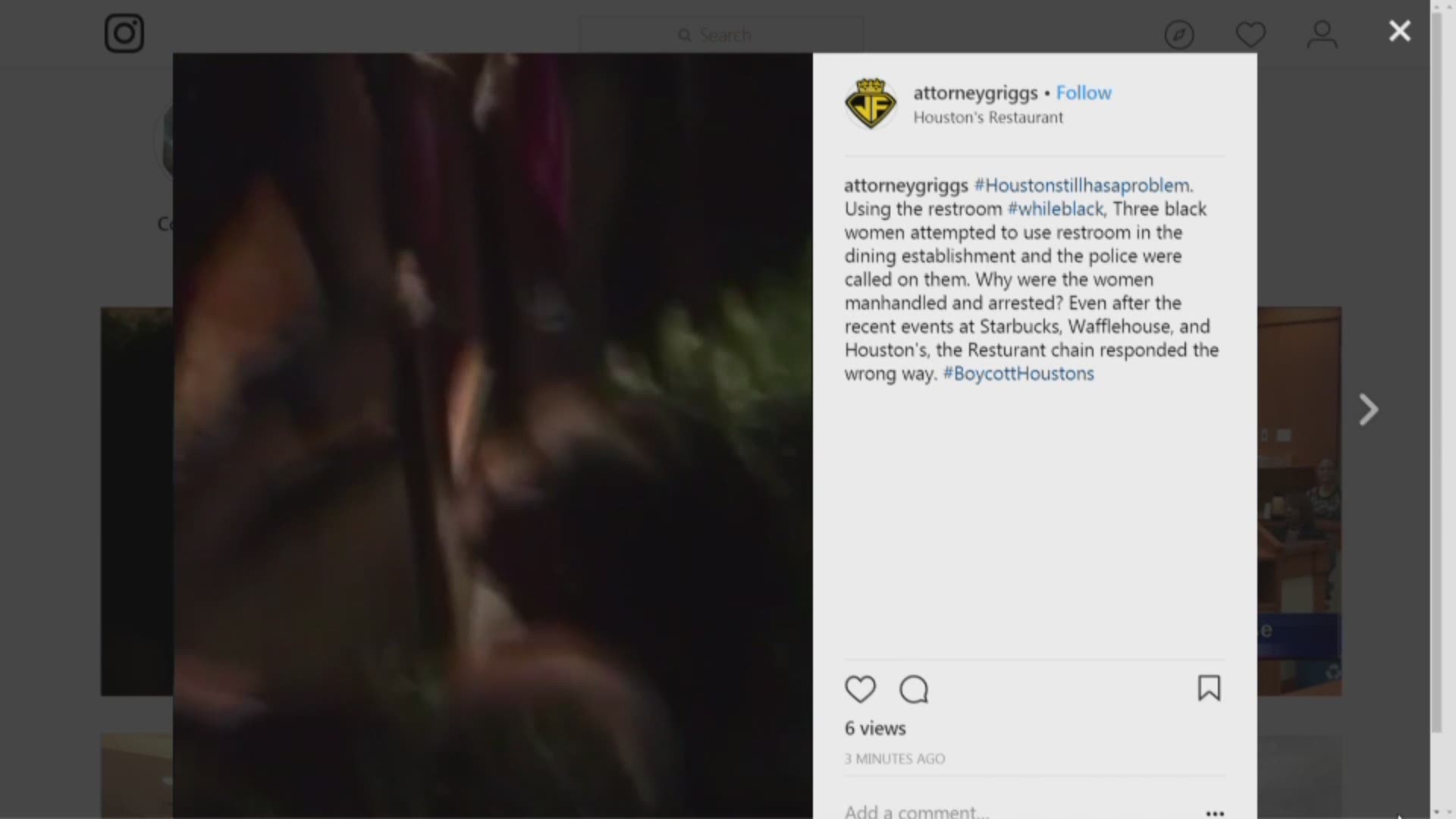 The officer grabbed Lucio's wrist again and was able to get her outside the restaurant, where she shouted at the officer to "Get your f****** hands off me! You ain't about to touch me."

That's when the officer said Lucio threw a punch at the officer's mouth and head, one of them landing and causing two lacerations inside the mouth. The officer was able to grab ahold of the woman, and asked for staff to call 911 for backup. At this point, the officer had to restrain both Lucio and Walker down, and that's when Epperson, a former American Idol finalist and actress on Greenleaf, pulled our her phone and began recording.

Video posted to Instagram shows the women on the ground, arguing with staff wile the officer struggles to handcuff the women. One woman off camera states she is calling the "real police."

Shortly after, another officer arrived and placed Lucia in handcuffs because "they all began to walk away." More officers arrived and helped detain the three women, who were checked out by Grady EMS.

Lucio, Walker and Epperson were all charged with Criminal Trespass. Lucio was additionally charged with Felony Obstruction.

They were booked into the Fulton County Jail.

11Alive's Faith Abubey spoke to attorney Gerald Griggs, now representing Lucio, who describes herself as an actress, and Walker, who said there are "factual inaccuracies in the officer's reporting."

"I'm concerned about that, considering there are numerous witnesses that will state they (the women) were an invitee onto the location," Griggs said.

The attorney explained that the kitchen to the restaurant was closed, but the restaurant was open. The trio had walked in to meet some friends who were already there dining, and wanted to use the bathroom. They claim they were told it was OK.

Griggs said the officer escalated the situation when he tried to take them out of the restaurant through the back door. Now, he and his clients want a full investigation from the Atlanta Police Department and the D.A. to drop the charges.

"We are seriously concerned about the level of force that was used," Griggs said, referring to the claim that the officer threw the women into the bushes. "We believe they were profiled and subject to police brutality."

In response to that, Atlanta Police told 11Alive "after claims of excessive force were brought to our attention, the Chief directed The Office of Professional Standards to review the officer’s actions."

The department said they take claims of excessive force seriously and are working to gather evidence related to the arrests.

"Our understanding, based on the preliminary investigation, is that a restaurant manager approached an off-duty officer, working at the location, and asked him to remove three females from the restroom after they had refused management’s requests to leave," the department said in a statement. "The officer asked the females to leave but they did not comply and ignored his requests giving the officer no other option but to take them into custody for trespassing. Our preliminary investigation has also indicated that several of the females resisted the officer’s efforts to make an arrest and there was a physical altercation between them and the officer."

When asked why the women didn't just leave when they were asked, Griggs told 11Alive, "You can't just leave the restroom after you just finish using it. You have to wash your hands. Have to make sure that you have taking care of all of your needs," he said.

Ultimately, Griggs said, he wants answers as to why the women ended up in the bushes.

"(The) response from Houston’s is very disturbing," he said. "This is a very disturbing case and we hope to be able to come to a swift resolution with the charges being dropped."

Griggs told 11Alive Lucio was dropped from the movie she was filming as a result of the incident. She posted to her Instagram page she was "utterly frustrated" by what happened and told 11Alive in a statement, "I have not only been embarrassed and humiliated, but also traumatized by the officer's lack of ethics, professionalism and blatant physical assault on my friends for no valid reason.The statements made and released by this officer are false and exaggerated and I will be taking legal action."

The attorney went on to say that they're in the early stages of planning a demonstration. They are also calling for diversity and inclusion training, referencing previous incidents claiming racial bias by staff.

AND | #HoustonsFixedTheProblem: T.I. tweets that Houston's boycott is over

In a statement to 11Alive, Houston's said they are aware of the complaint and are in the processes of investigating.

"The evidence we have seen thus far shows that three women arrived approximately 30 minutes after closing time, they went into the restroom as a group after being told that the restaurant was closed. The three stayed in the restroom for more than 10 minutes, and refused to leave despite repeated requests from several managers to do so. Eventually, an off-duty Atlanta Police Officer was summoned with whom one or more of the women got into an altercation that led to arrests. Based on our current understanding, we believe our managers responded appropriately to this unfortunate situation."