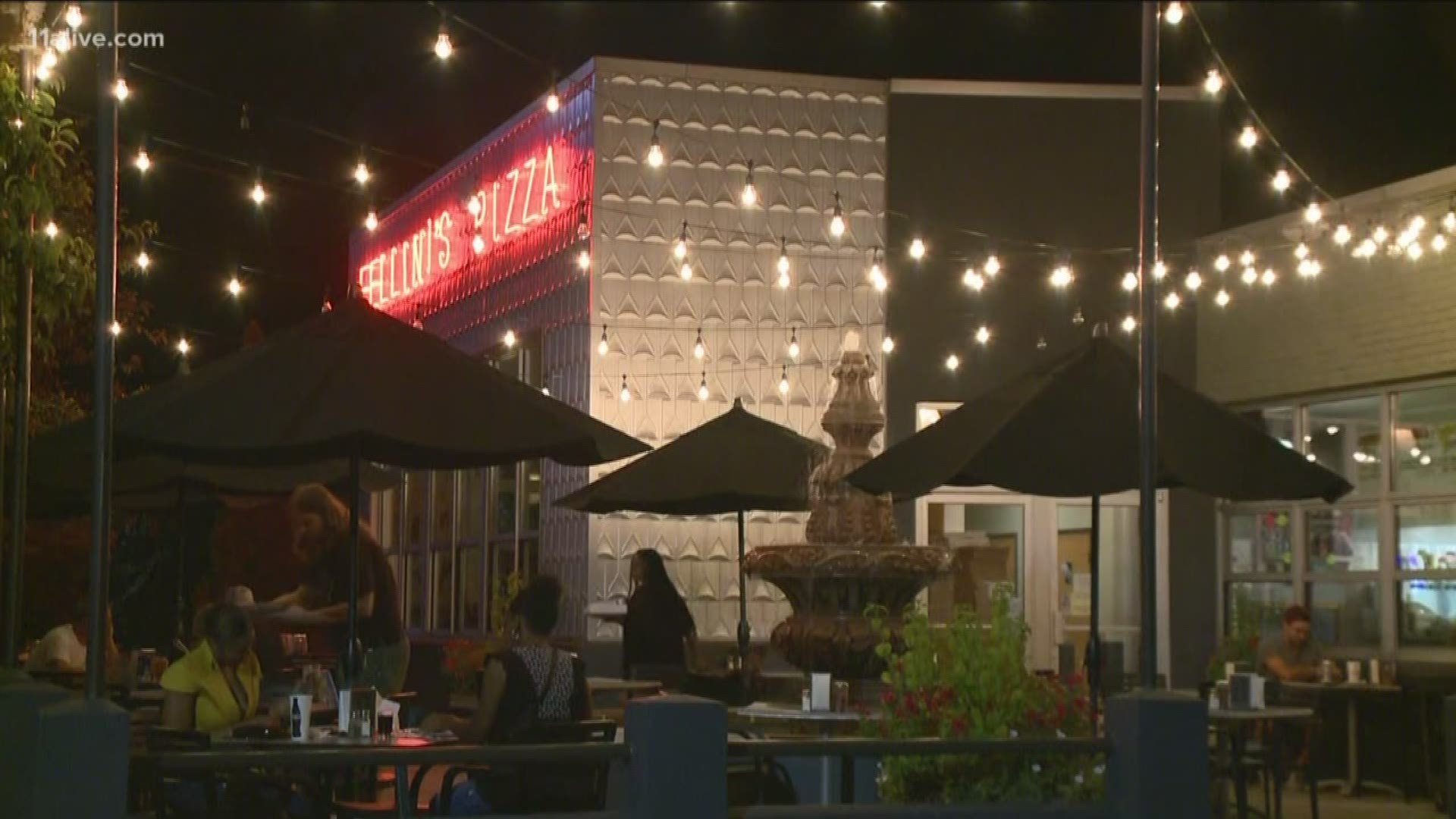 ATLANTA — Police are looking for the armed robbers who held up a popular pizza restaurant - one that's been hit twice in just two weeks.

On Aug. 5 -- and again on Aug. 16, Fellini's Pizza in the Candler Park neighborhood was robbed, one so violent that an employee was hit in the head with a gun, police said.

During the incident on Aug. 5, at around 10 p.m., two men, described as black males wearing hooded sweatshirts who appeared to be in their 20s, entered the restaurant and told everybody to "Get down on the ground," according to the police report. Both men were armed with handguns.

The suspects got away with just under $500 in that crime.

In Friday night's incident, witnesses told police that two men wearing hats entered the restaurant, each with a gun in their hands.

Moments later, after robbing the business for an undisclosed amount of money, the males fled on foot. Investigators responded to the scene to get further details from the employees and witnesses.

During the first incident, management told police that the cameras inside the restaurant were not working. It is not known if they were working in Friday's incident.

The restaurant along McClendon Road is open daily until midnight. Both crimes occurred when patrons were possibly inside the restaurant.

Police said the investigation is ongoing.