'There are certain allegations made by Paul Howard that are simply not supported by the facts,' the attorneys said. 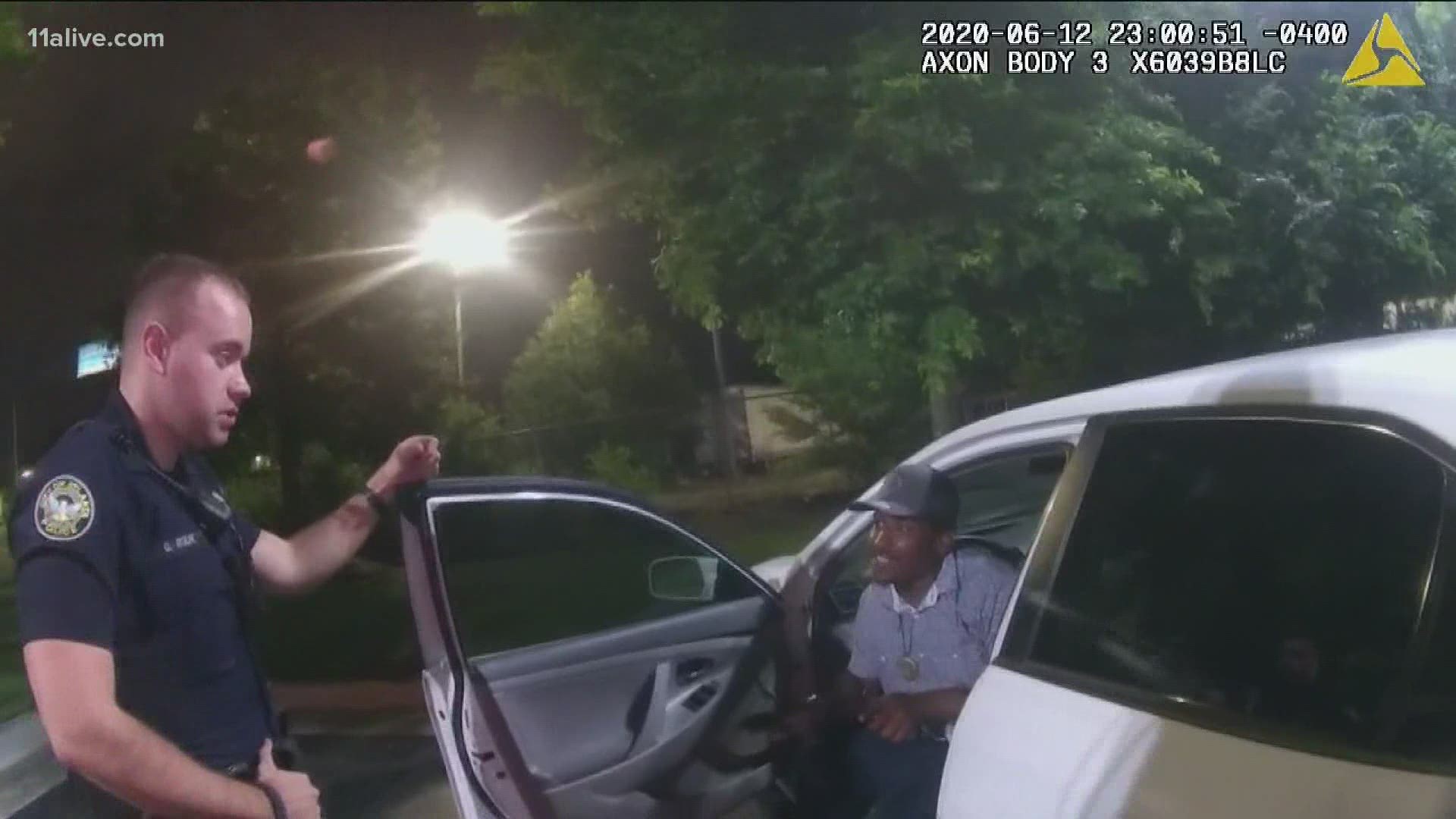 Rolfe has been charged with 11 counts, including felony murder in the shooting death of Rayshard Brooks during a DUI stop at a Wendy's restaurant in southeast Atlanta on Friday night, June 12.

The release addresses allegations made by Howard during a news conference, which announced criminal charges against Rolfe and Officer Devin Brosnan on Wednesday, June 17.

The GBI was asked to perform an independent investigation of the incident by the Atlanta Police Department, which is customary following an officer-involved shooting.

"There are certain allegations made by Paul Howard that are simply not supported by the facts," the attorneys said in their release.

They said that Howard claimed Rolfe never told Rayshard Brooks that he was being placed under arrest for driving under the influence. However, citing the police video, the release quoted Rolfe talking to Brooks.

"I think you've had too much to be driving," Rolfe said. "Put your hands behind your back."

The attorneys say that this is sufficient to inform Brooks that he is under arrest - despite the fact that Rolfe did not use the words, "You are under arrest."

Howard, in his presentation, referred to the use of force standard as established in two separate Supreme Court cases which have previously been cited in reference to a determination of excessive force by law enforcement during the course of making an arrest.

Rolfe's attorneys said that while the two cases that Howard cited -- Tenn. v. Garner and Graham v. Connor, apply to suits brought in federal court, they do not apply to criminal charges in the state of Georgia. In addition, they said that as a result, Rolfe's actions were justified, lawful and within APD policy.

The attorneys' document brought up the ongoing question regarding the lethal nature of a Taser. They said that Howard had declared and swore under oath through his office's investigator on June 2, 2020, that a Taser is a deadly weapon.

"So, either it is a deadly weapon, or someone committed perjury," the attorneys said in their document.

The attorneys said that Brooks pointed the Taser at Officer Brosnan's head and that Brosnan had to use his left arm to block the Taser from making contact or being fired at his head. They point, once again, to the bodycam video as evidence of this.

They also said that Brosnan stated that he had been tased by Brooks during the scuffle between the two officers and Brooks.