Gunfire erupted in a big crowd on July 4th and left 14 people shot. 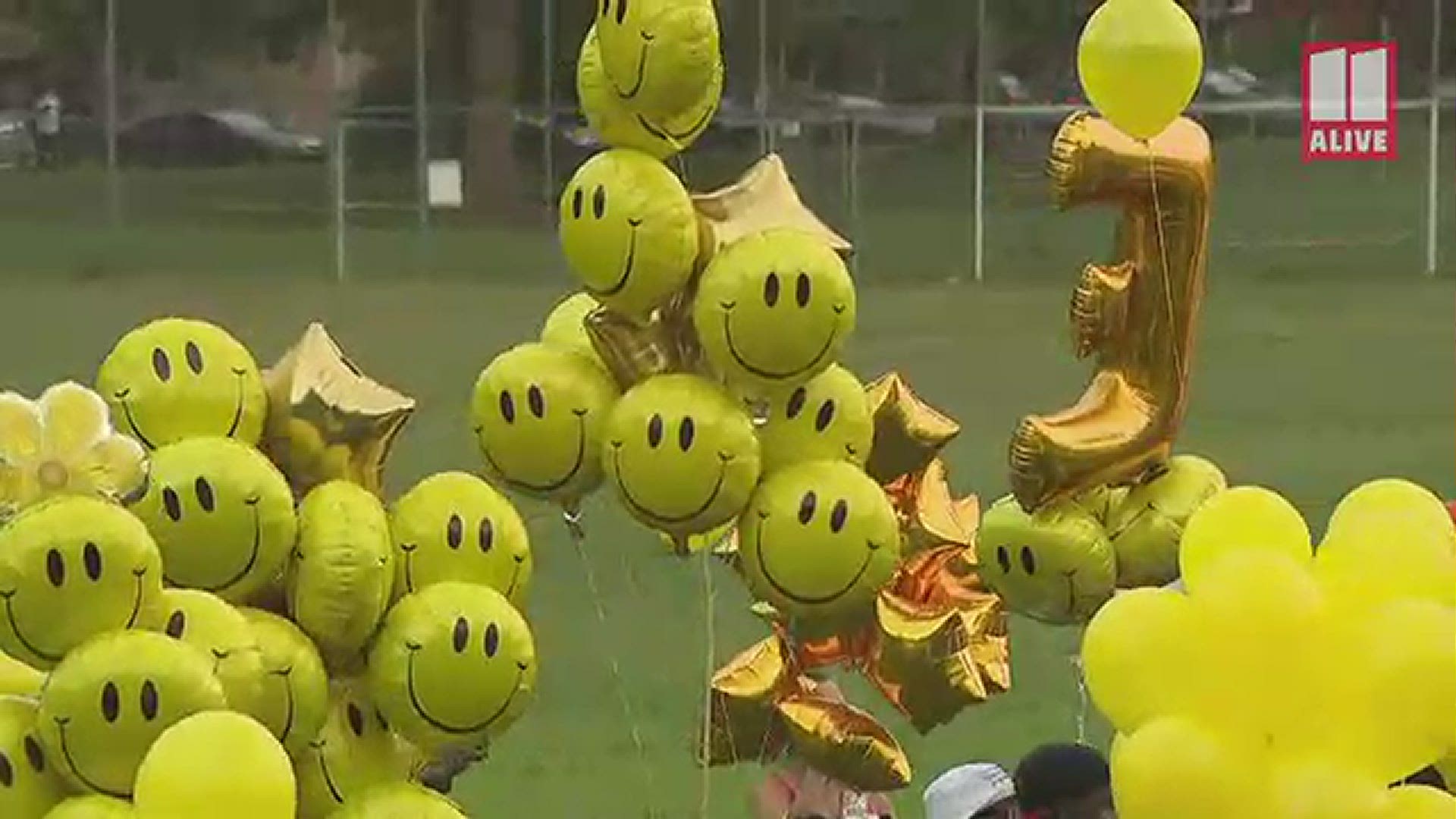 ATLANTA — Atlanta Police have released three photos of four persons of interest they're seeking in the shootout that occurred in a big crowd on Auburn Ave. in the early morning after July 4th, which left 14 people shot.

Two of the people died in the shooting, including Erica Robinson, the cousin of social media star DC Young Fly.

There is a CrimeStoppers reward of up to $2,000 in the case.

The Auburn Ave. shooting was the most violent episode in a weekend that saw multiple incidents break out. More than 30 people were shot and five died, leading Gov. Brian Kemp to send the National Guard to Atlanta.

DC Young Fly posted a number of tributes to Robinson, 32, after her death and a prayer vigil was also held at Wilson Mill Park in her honor.

On his Instagram this week, DC Young Fly called Robinson his favorite cousin.

"I could do no wrong in your eyes kuzzin 😢😢 #PrincessEricaWithMeForLife @erobadv love u baby girl #GainedAnotherAngel," he wrote in one post.

The other victim at Auburn Ave. was 21-year-old Joshua Ingram. His mother told 11Alive he had been outside an apartment building watching fireworks when the gunfire began.

She described him as a gentle giant who was always smiling and always hugging.

According to police, a large crowd was watching fireworks when a vehicle struck a pedestrian, leading to an altercation between a number of people there. The altercation escalated into shots being fired by multiple people, police said.