The indictment details a long-running drug conspiracy, where large amounts of opioids were bought on the Dark Web and sold throughout Georgia. 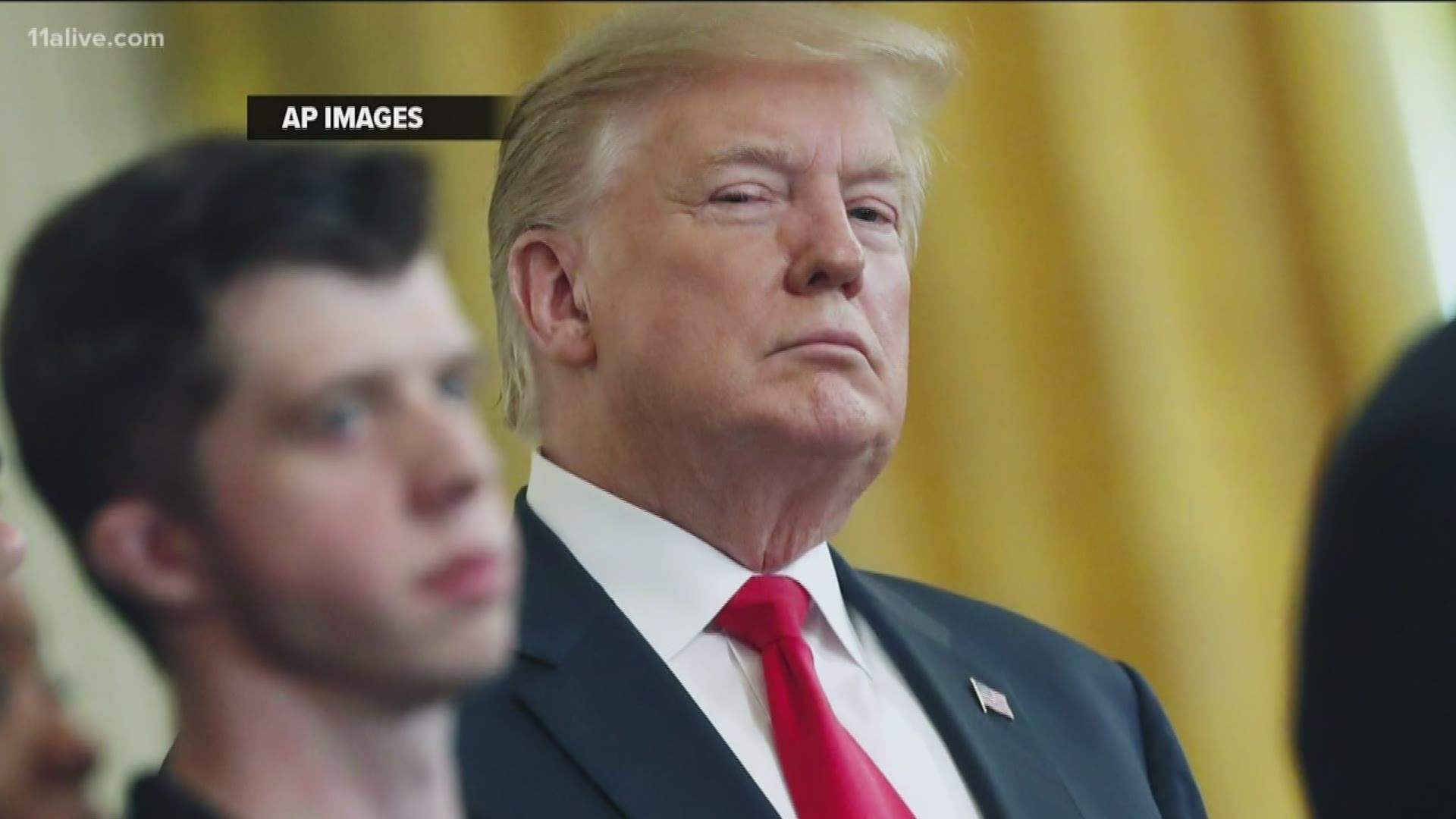 AUGUSTA, Ga. — Five men and a woman have been charged in a wide-ranging conspiracy to produce and distribute powerful synthetic opioids across the state, according to the U.S. Attorney’s Office in the Southern District of Georgia.

Two of the defendants are also indicted on state charges for the beating and suffocation death of a co-conspirator in Walton County.

The six-count indictment was announced one day before President Donald Trump touched down in Atlanta for the annual Rx Drug Abuse and Heroin Summit, which works to find solutions to the U.S. drug abuse epidemic.

RELATED: President Trump vows to keep fighting opioids 'until our job is done' at Atlanta summit

The six defendants are accused of participating in a drug conspiracy dating back to 2016, according to the Department of Justice announcement. The plot included importing a large amount of drugs on the Dark Web using cryptocurrency. They are accused of using industrial-grade machinery to manufacture pills which were resold on the Dark Web and throughout Georgia, according to Bobby L. Christine, U.S. Attorney for the Southern District of Georgia.

Charged in the indictment are:

Larry Overton, 46, of Harlem, Ga., charged with conspiracy to possess with intent to distribute and to distribute controlled substances, and using or maintaining a drug premises. If convicted, he faces a sentence of up to 20 years in prison.

Jonathan Britt Lester, 22, of Loganville, Ga.; Armand Sananda Saedi, 27, of Atlanta, Ga., and Morgan McKenzie Slaton, 22, of Hoschton, Ga., each are charged with conspiracy to possess with intent to distribute and to distribute controlled substances, and if convicted each face sentences of up to five years in prison.

RELATED: Should drug dealers be charged with murder?

According to the indictment and court testimony, Forrester first appeared on law enforcement radar around September 2017, after he purchased an industrial-grade pill press. Two months later, prosecutors said he and a juvenile were arrested in Harlem, Georgia in a traffic stop where officers found over 5,200 counterfeit Xanax pills, marijuana and a sawed-off shotgun in the car.

Investigators also believe Forrester purchased punch dies to create counterfeit Xanax pills, using Alprazolam as the main agent, along with others, to manufacture thousands of pills every month. The illicit ingredients were purchased on the Dark Web with cryptocurrency. Forrester also allegedly sold the counterfeit Xanax on the Dark Web and other, more common illegal drug distribution channels, prosecutors said.

Overton allegedly housed one of the pill presses in his Harlem home in exchange for drugs. He was briefly hospitalized during the investigation after overdosing on synthetic opioids.

In addition to charges related to the drug conspiracy, Watters and Lester are charged with felony murder and aggravated assault in Walton County in the death of Chase David Loffler, 25, whose body was found buried in the backyard of Lester’s home in Loganville in April 2018. The two are accused of beating a suffocating Loffler, a suspected co-conspirator, and burying his body in a shallow grave.

“This is just a small piece of the puzzle in a growing opioid and pill mill problem in the state of Georgia. This scheme involved cryptocurrency and the Dark Web. It also involved other alleged criminal activity touching all three judicial districts within Georgia as those involved showed the lengths they were willing to go to commit various crimes,” said Thomas J. Holloman, special agent in charge of IRS Criminal Investigations for the Atlanta field office. “We will continue to work with our law enforcement partners in following the money in an effort to dismantle illegal pill mill operations in our state.”