No test appointments available earlier than two weeks, according to the DeKalb County Health Department. 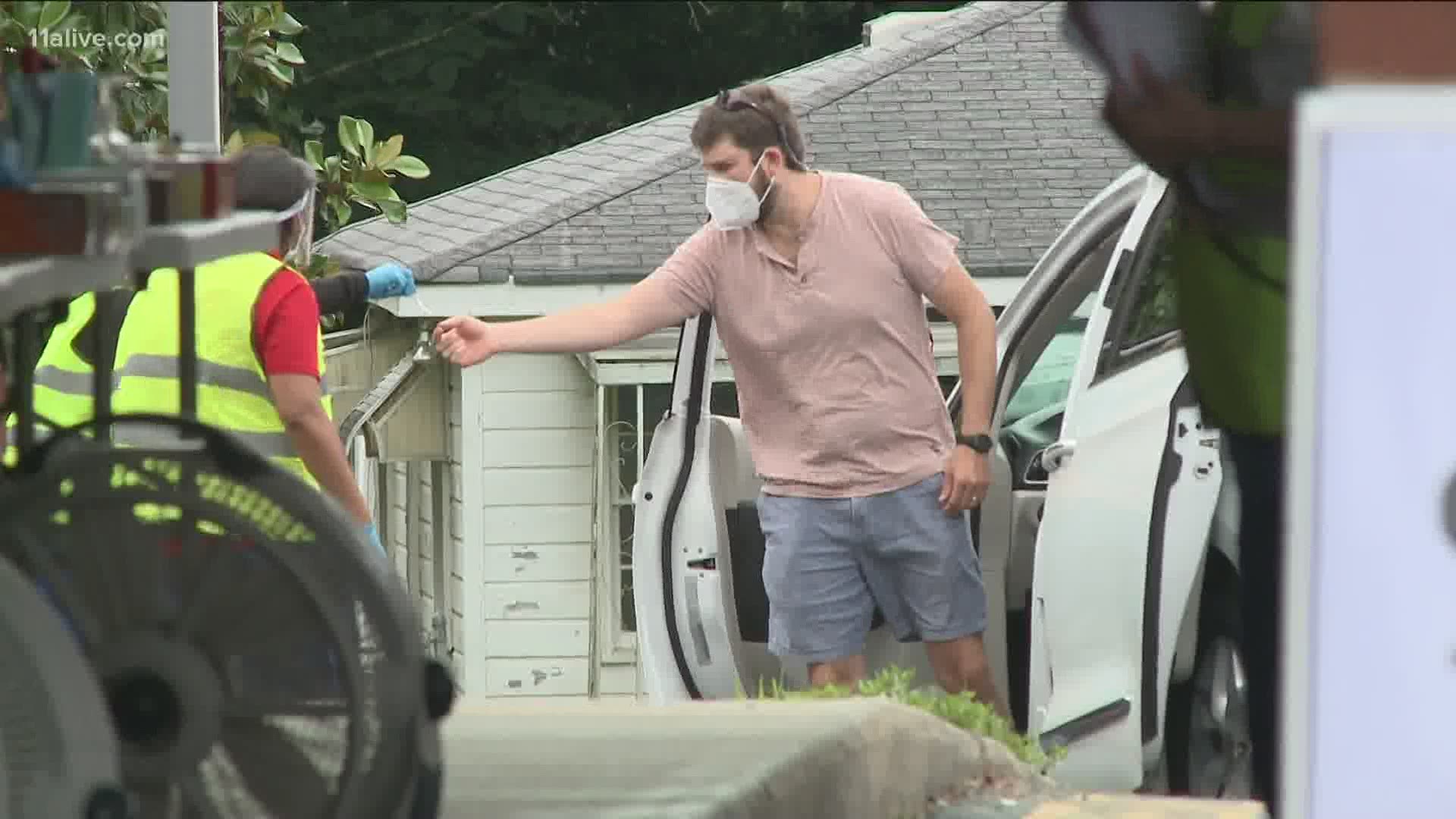 The Georgia Department of Public Health (DPH) reached that milestone when it reported 3,406 new cases on Tuesday, the second-highest daily number in Georgia since the virus reached the state.

While Georgia has dramatically increased its availability for testing over the past few months, the surge in new cases has impacted people’s ability to easily get a test and the time it’s taking to get results.

“I would love to say that we are sort of over the hump that things will get better, eventually they will, but we are still at the beginning of this pandemic and I think that we need to prepare for the fact when there are these waves, it will strain on our lab services,” said Dr. Jay Varkey, an epidemiologist and associate professor at Emory University, during an interview through Zoom Tuesday afternoon.

For perspective, an 11Alive news producer tried to schedule a test in Dekalb County through DPH on Sunday. The soonest appointment available was 16 days away.

The state health department’s response was to simply try another county. Dekalb County confirmed that the demand for testing is up and that people are showing up prior to their scheduled times which is increasing delays.

A DPH spokesperson on Monday told 11Alive it’s maximizing it's public labs to get results as soon as possible, but it admits private labs are overwhelmed.

Some 11Alive viewers have emailed to say they are waiting five days or more for test results, while others received their test results within 24 hours.

Varkey believes Georgia does have enough tests, but if the pandemic worsens, that won’t be the case much longer.

“If we don’t get a hold of this pandemic, it’s going to put a strain on all we’re building on testing and what may appear as a stable supply of testing today may end up being an inadequate supply one week or two weeks from, now.”

While virus cases have surged, so far, deaths have not. Varkey says that trend will likely change.

“Given the massive influx in new cases, it’s only rational to expect that we will see a rise in deaths.”

The federal government does not have a national testing system in place, which means states, like Georgia, are left to handle it on their own by doing their own testing and rely on private commercial labs.

Monday, former FDA commissioner Dr. Scott Gottlieb told CNBC that Georgia is among several southern states that do not have the testing capacity as it should.

Hospitalizations in Georgia are up since it re-opened in early May.

Varkey says about 20 percent of people infected with the virus will require hospitalization. Among that group include about three to five percent who will end up in intensive care.

“It’s that group in the intensive care unit that I worry about, despite our best efforts in terms of caring for people with critical illnesses, they are going to be an increased risk of dying,” said Varkey.

Varkey says while the public waits for a vaccine and an effective COVID-19 treatment, wearing masks, social distancing and avoiding high-risk spaces, is the best strategy to avoid a testing crisis.