The drop comes after 5 years of alarming increases. 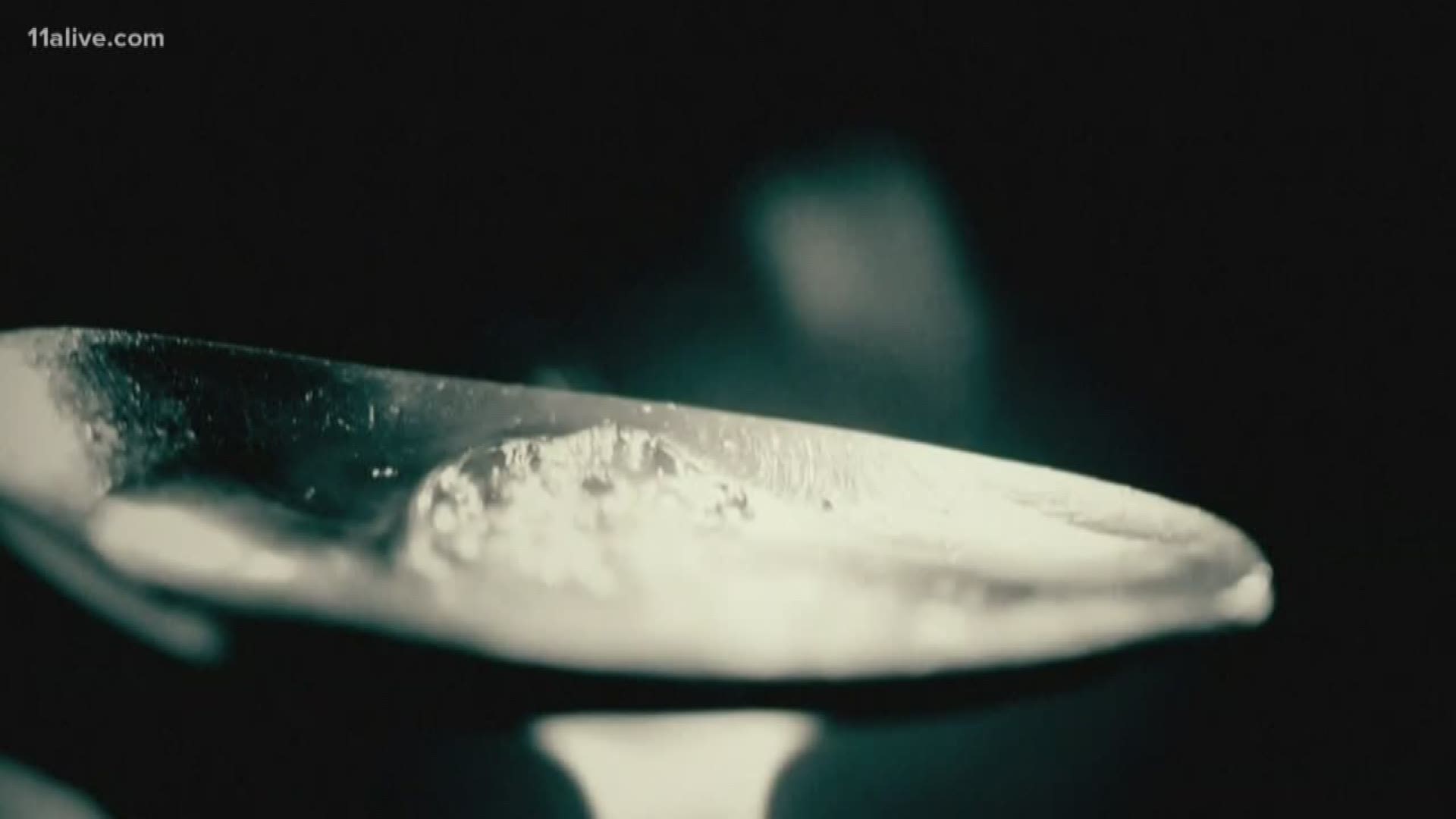 MARIETTA, Ga. — In Cobb County, the number of opioid deaths fell sharply last year.  Authorities say part of the reason is a new drug that can reverse overdoses.

As opioid deaths soared over the last five years or so, this apparent reversal in Cobb County may be a milestone in a very challenging and very deadly problem.

"While I can’t tell you exactly why the numbers have dropped, we are incredibly encouraged that the number of deaths has dropped," said officer Chuck McPhilamy of the Marietta Police Department.

Cobb County had approximately eight opioid deaths in 2013. That jumped to approximately 61 in 2016. It jumped again to about 140 in 2017. But in 2018, the number dropped to about 110, Medical Examiner investigator Tempie Stoddard told 11Alive News - a decrease of 21 percent.

One likely reason: the effectiveness of an anti-overdose drug called naloxone, or Narcan. In the city of Marietta, emergency personnel administered Narcan 100 times in overdose cases last year.

Now, Marietta Police say they’re starting a new program to send police to follow up on overdose calls for what it calls a “non judicial visit” to encourage survivors to seek treatment.

"It means I’m showing up at your home. Not because I’m here trying to enforce the law. I’m going to knock on your door. I’m going to ask you if there’s anything we’re not supposed to see that’s going to make me do something – and please put it away, but allow me to talk to you," McPhilamy explained. "We’re here talking to you because less than 24 hours ago, you just needed Narcan to save your life. We don’t want that to repeat."

Marietta Police plan to evaluate the new, more sensitive approach to overdose cases at the six month and one year marks to see if it should be adjusted.