‘Would anybody have paid him for his sperm?’ Georgia Supreme Court Justices get heated deciding whether family can sue

A Georgia sperm bank claims no accountability for selling sperm of man with a criminal history and a diagnosis of bi-polar with schizo-effective disorder. 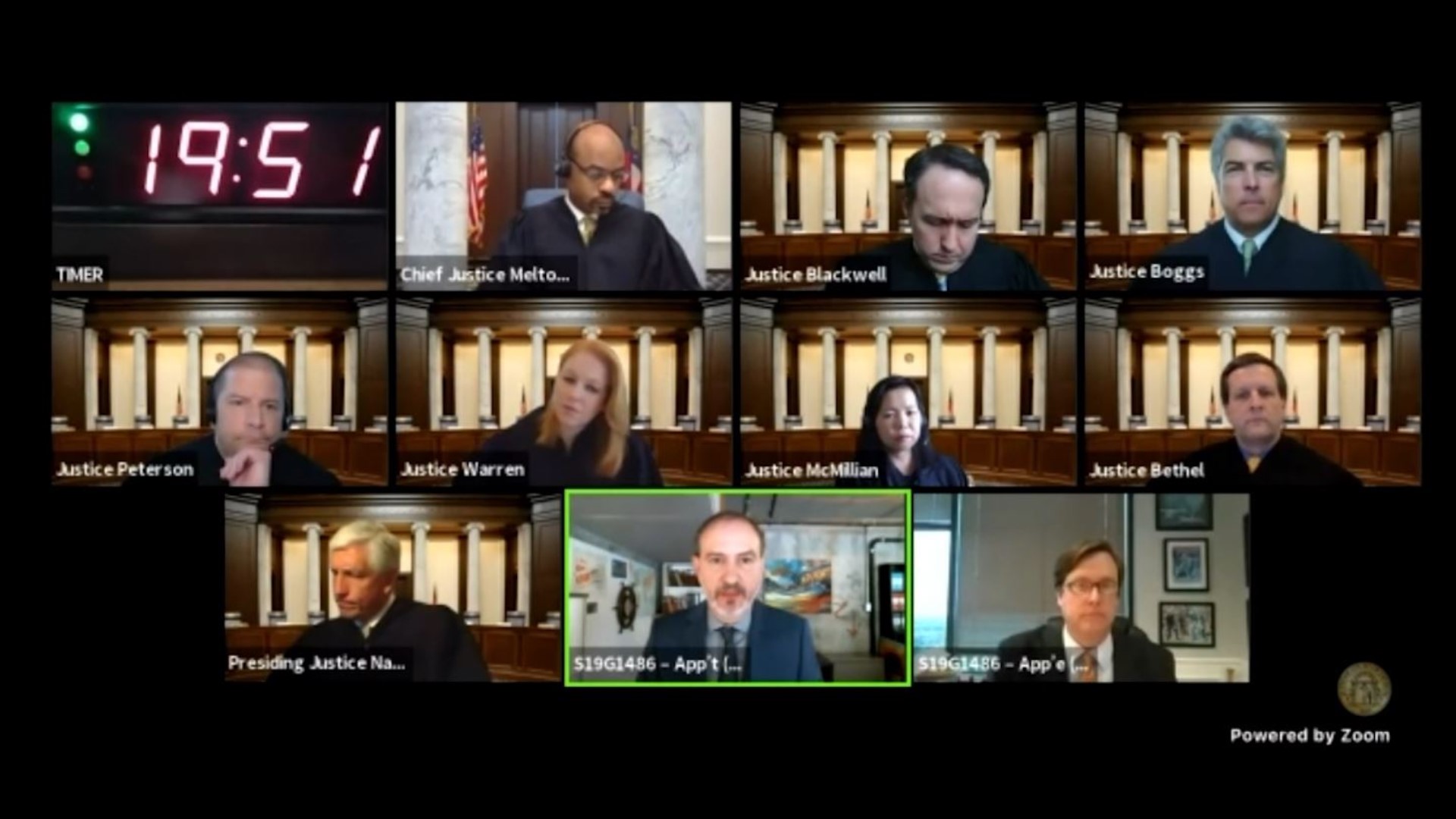 ATLANTA — A Georgia sperm bank faced tough questions on Thursday from the state's Supreme Court justices, who wanted to know why the company felt it had blanket immunity under the law from accusations of false advertising and negligence.

A Peachtree City family says Xytex told them the sperm they purchased came from a donor with multiple college degrees and a clean medical history. An investigation from 11Alive's The Reveal learned that neither claim at the time were true.

Several families who purchased sperm from Donor 9623 have tried to sue, upon learning he had a first offender felony conviction and was diagnosed bi-polar with schizo-effective disorder.

In a virtual hearing before eight of the Supreme Court justices, the attorney for Xytex noted 10 judges before them had dismissed these cases and they should do the same.

At issue is whether selling misrepresented sperm counts as consumer fraud or wrongful birth, a term that came out of a 1990 court case involving the Abelson family. The result - a family can’t sue for failure to be notified that their child will be born with a defect.

“You say the child didn’t turn out the way you wanted. How is that different than the doctor saying – failing to diagnose your child with Down syndrome?” asked Presiding Justice David Nahmias of the plaintiff’s attorney.

“Xytex did not cause genetic abnormality in the donor. But Xytex was involved in recruiting the donor, represented that they vetted the donor,” responded attorney David Newdorf.

The issue that most seemed to frustrate the justices was the idea that if this case was dismissed as a wrongful birth claim, Xytex could do or say anything about the sperm it sold – and never be held accountable.

Several times Chief Justice Melton tried to understand how a sperm bank could be held responsible for false claims, if not by this legal remedy.

“It seems like because we’re dealing with sperm and we have this Abelson case, you’re now exempt from all civil remedies, all theories, no matter what kind of conduct your client engaged in. That can’t be right," said Chief Justice Melton.

Justice Michael Boggs said, “your resistance is alarming,” to the Xytex’s refusal to offer an option for compensation or accountability in this kind of situation.

Several justices questioned why this wasn’t being treated as a consumer fraud case, comparing it to a bait-and-switch at a car dealership, or paying a recruitment company after making a hire on false information.

In the end, Nahmias summed up the debate asking, “just to be clear, what you’re asserting, a sperm bank can completely misrepresent everything about the sperm itself and charge whatever amount of money based on those representations and completely lie to every customer it has - and nobody can do a thing about it?”

Xytex response was under the law, yes.

That’s why 38 law professors from across the United States filed their own legal analysis with the court asking justices to allow the Norman’s lawsuit, and others like it, to go to trial.

In the brief, written by Georgia State University College of Law Professor Timothy Lytton, they argue, “exposing sperm banks to liability will give them a powerful incentive to exercise reasonable care in vetting donors and providing accurate information to their clients.”

It may take six months to find out how the Justices will rule in this case.

‘In the beginning I had rage’: Man wrongly convicted released from prison after nearly 3 decades