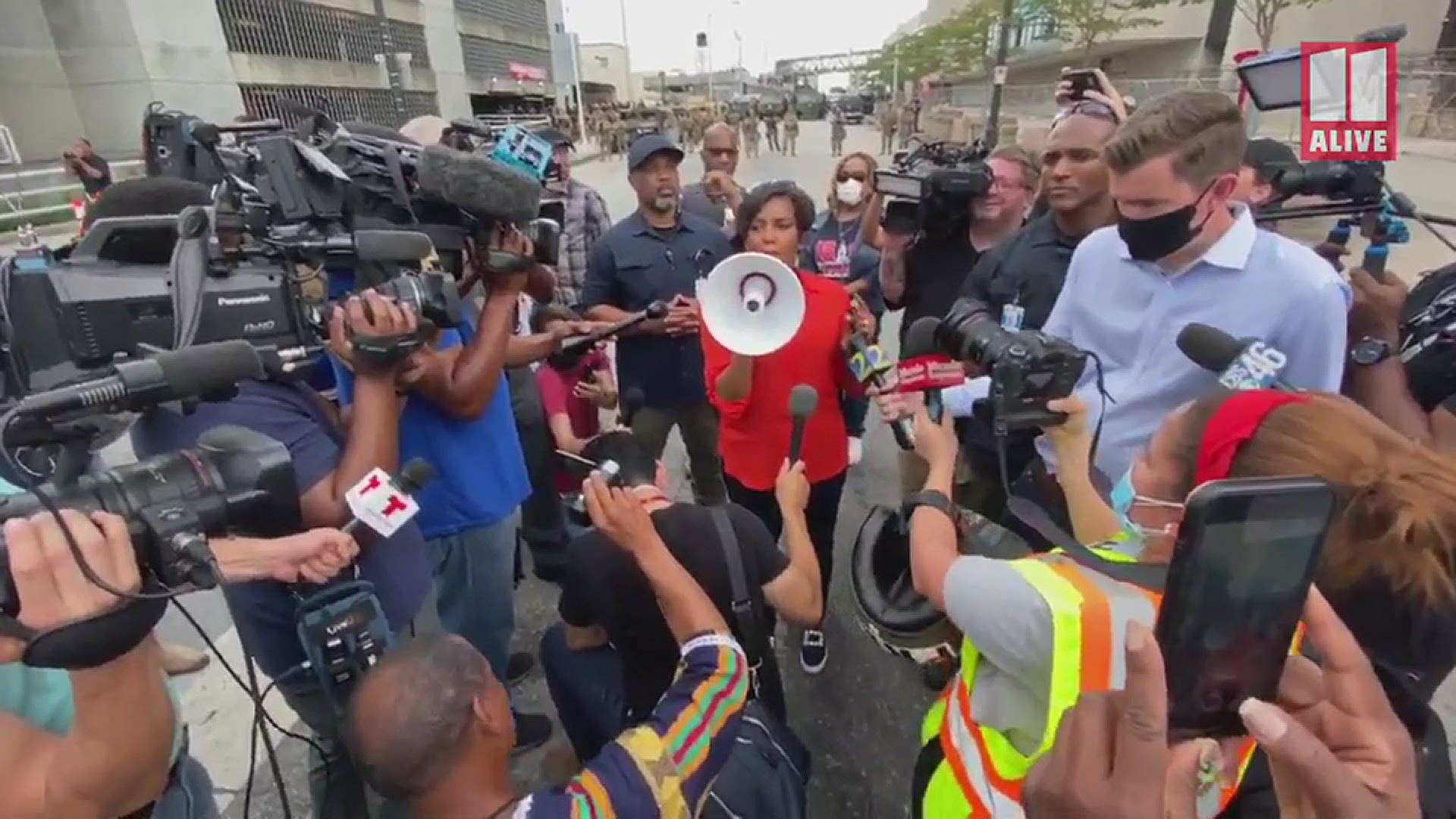 ATLANTA — Atlanta Mayor Keisha Lance Bottoms answered the call to join activists demonstrating during the seventh straight night of protests in the city, but the appearance was not well-received by the crowd gathered there.

Mayor Bottoms, who was thrust into the national spotlight after her emotional appeal to protesters during Friday's violent clashes between crowds and police, has been vocal on national platforms.

She took the time, Thursday to address a crowd already gathered near Centennial Olympic Park, though her speech was hardly audible over heckling from the crowd.

"I want to thank all of you all who have gathered out here today, and gathered across the country to honor these men and women who have died. Their lives mattered," she spoke through a bullhorn that was drowned out. "And I'm out here to tell you, you all matter to me."

"In the same way the Civil Rights Movement was not a day, it was not a moment in time ... we are in the midst of a movement in this country," she continued. "But it's gonna be incumbent on all of us to be able to get together and articulate more than our anger. We've got to be able to articulate what we want as our solutions."

11Alive's crew there reported that some in the crowd felt that she was only there for a photo op, though other video showed Bottoms walking among the protesters.

At one point in the video, someone in the crowd can be heard shouting, "What are you doing for us Keisha?"

Bottoms still tried to make her message clear: that there is "something better on the other side of this."

Her appearance comes amid national social unrest following the death of George Floyd, the Minnesota man who died after an officer knelt on his neck for several minutes. Floyd's death, which is just the latest in deadly encounters between law enforcement and black Americans, has sparked rallying calls for change in policing tactics in the United States and justice for the officers accused of misconduct.