The county, along with all of Georgia's other counties, is set to recount its vote this week. 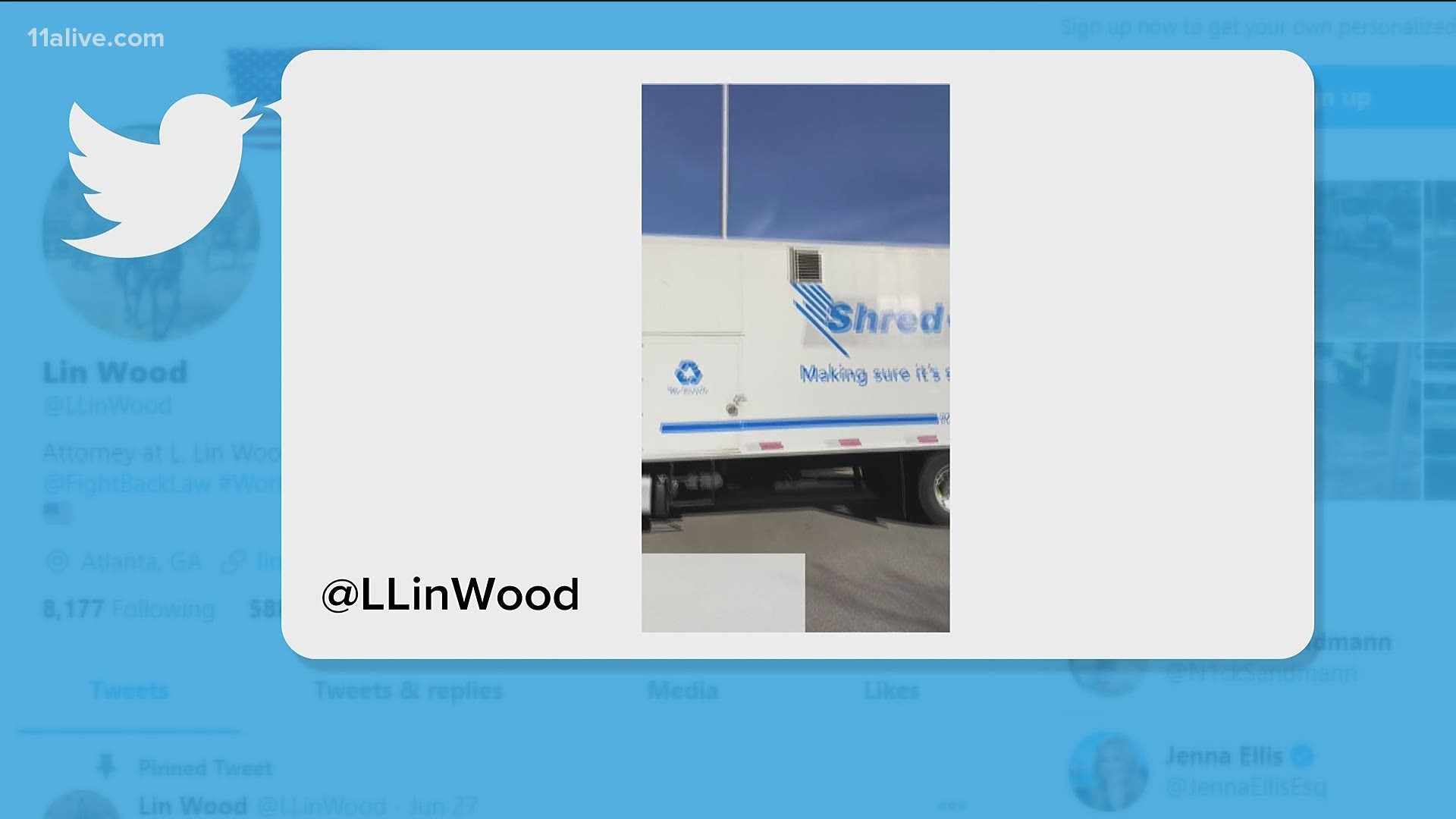 COBB COUNTY, Ga. — Cobb County refuted a series of tweets by the attorney Lin Wood on Tuesday, in which he posted video sent to him of a shredding company outside the county elections office and accused officials of shredding ballots.

The county was not shredding ballots - not only because they still have to produce them this week for the official recount, but because the ballots are not actually being stored at the county elections office, where the videos were taken.

In a statement, the county noted that they are keeping ballots at their count site, the Jim R. Miller Event Center, several miles away. According to the county, the shredding taking place outside the elections office was for the Cobb Tax Commissioner's Office.

The complex on Whitlock Avenue in Marietta houses a number of public agencies.

"The video purportedly shows a shredding company at the building housing the main office for Cobb Elections on Whitlock Avenue in Marietta. This building houses many other Cobb County governmental offices, and the document disposal company was at the building as part of a regularly-scheduled visit to the Cobb Tax Commissioner’s office. No items from Cobb Elections were involved," a statement said. "The ballots and documents involved in the recount effort are currently located at the Jim R. Miller Event Center several miles away. Thanks for the opportunity to proactively clear this up."

This is the second time Cobb County has had to refute viral misinformation over claims of shredding evidence of fraud.

Last week the county said it had brought a shredding company to the Jim R. Event Center site to dispose of "non-relevant" elections materials, like envelopes with voter information or printed emails.

"The shredding company routinely responds to the Elections Department following an election to help dispose of non-relevant materials that cannot be easily disposed of," the county said last week.

The materials disposed of then included:

“None of these items are relevant to the election or the re-tally,” Cobb Elections Director Janine Eveler said in a statement regarding that incident.  “Everything of consequence, including the ballots, absentee ballot applications with signatures, and anything else used in the count or re-tally remains on file.  After an out-of-context video was shared on social media we contacted state officials to reassure them this was a routine clean-up operation and they could come to inspect our stored materials if they wished.”