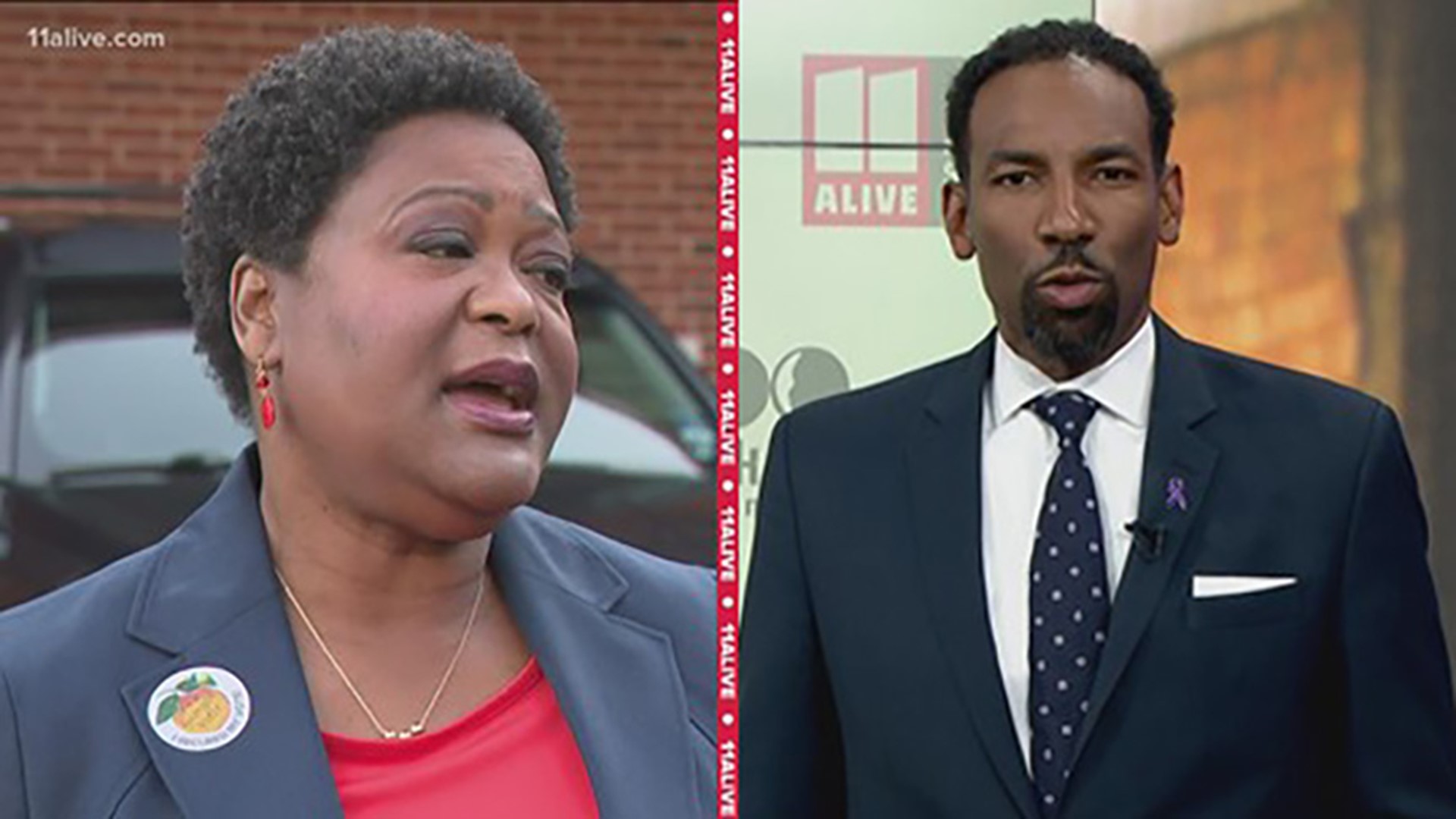 ATLANTA — Atlanta voters took to the polls to decide who they want to be the city's next leader after Mayor Keisha Lance Bottoms said months ago she would not seek re-election.

Fast forward to Nov. 2, 2021, more than a dozen candidates are vying for the position on Election Day.

Late Tuesday night, the Associated Press announced Atlanta City Council President Felicia Moore has advanced to a Nov. 30 runoff in the city’s mayoral race. It’s unclear which candidate will grab the second runoff spot. Former mayor Kasim Reed is seeking a third term and three other major candidates are also jostling for election. The race has focused on fears of crime, with Moore saying she would seek an immediate boost in the number of police. Moore also has focused on transparency, drawing a contrast with corruption allegations against Reed’s administration.

Reed and five other mayor hopefuls participated in an 11Alive debate last month to discuss crime, COVID-19, and other hot button issues.

Each candidate participating qualified by receiving 5% support in a poll 11Alive conducted in October. Reed, Antonio Brown, Andre Dickens, Sharon Gay, Rebecca King, and Felicia Moore received one hour to get their points across to viewers.

In Atlanta, polls closed at 8 p.m. For other parts of the state, polling places were open until 7 p.m. Tuesday. Below, you can find results for Atlanta's mayor's race.

Who's running for Atlanta mayor?

There are 14 candidates running for Atlanta mayor. Below is the list.

Outside of the Atlanta mayoral race, residents had other items on their ballot, such as choosing leaders for city council seats and the board of education.

Other cities also held elections for some municipal positions. For races where a candidate doesn't receive 50% plus one vote, it will head to a runoff at the end of the month.

11Alive will be tracking the races as the votes come in on election night to provide real-time updates. To see a list of hot races and other election results, click here.

11Alive is Where Atlanta Speaks. We are committed to getting viewers' answers. 11Alive News is your source for Election Day stories, identifying voter issues, fact-checking and results.