VP Mike Pence stopping in Georgia to visit CDC, drum up GOP support ahead of runoffs

According to the White House, Pence is expected to visit the CDC in Atlanta before heading to Savannah for a campaign event. 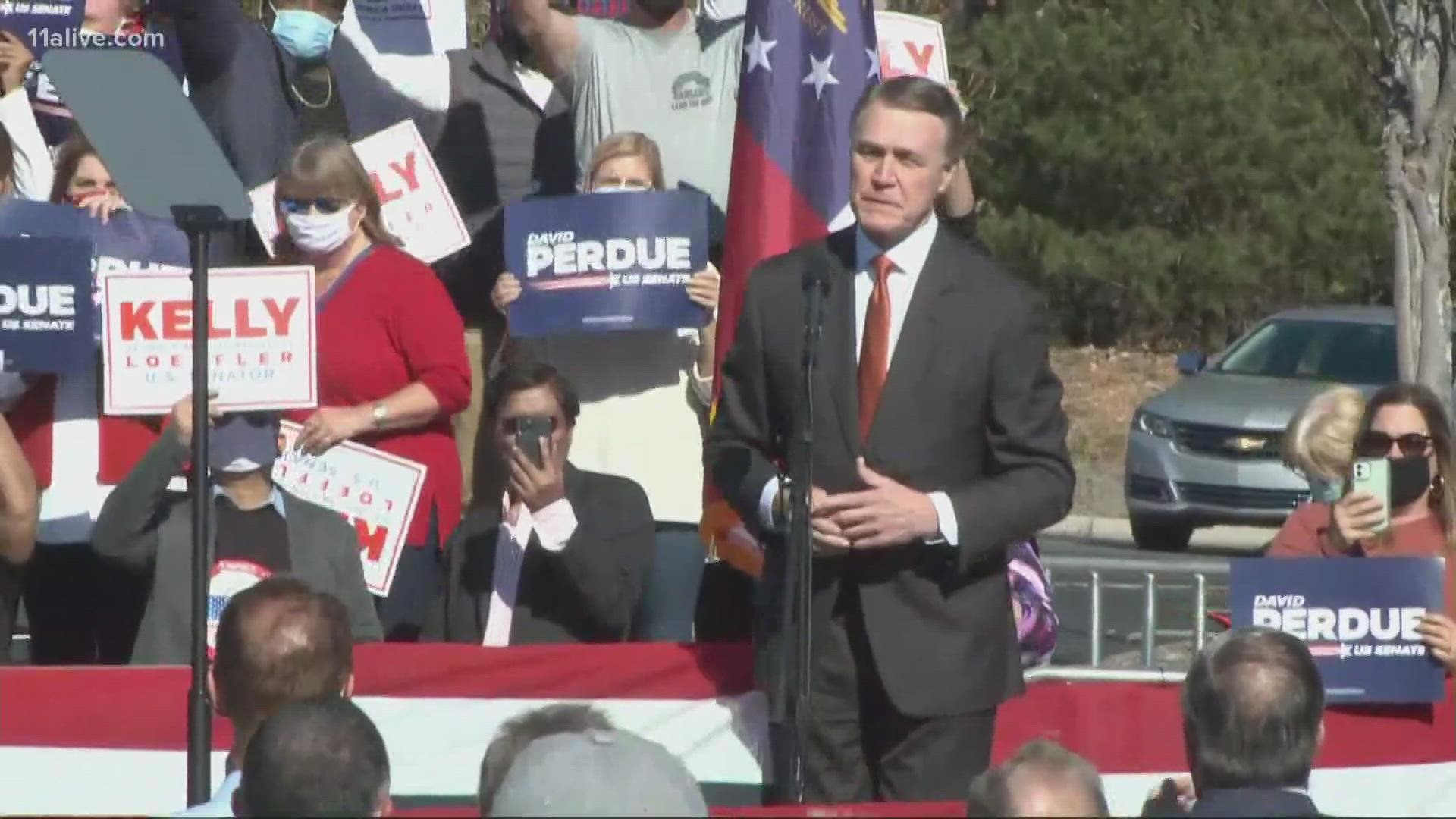 ATLANTA — Editor's note: The video above is from another recent trip by the Vice President to Georgia.

Election season continues as Georgia prepares for a pair of US Senate runoff elections, and pundits for both parties are steadily streaming into the state.

On Friday, Vice President Mike Pence will take a turn as he travels to Atlanta and Savannah.

According to the White House, Pence - who was just in the state on Nov. 20 - is expected to visit the Centers for Disease Control and Prevention (CDC) headquarters while in Atlanta and receive a briefing on the COVID-19 vaccine progress and upcoming distribution stage. Pence is the head of the White House Coronavirus Task Force.

Following the stop, the vice president will then head to Savannah for a "Defend the Majority Rally" with Republican Senators David Perdue and Kelly Loeffler, who are both defending their Senate seats against Democratic challengers.

During the Savannah visit, the White House said the vice president will deliver remarks on the "historic accomplishments of the Trump Administration with the help of the Republican Senate majority, along with the importance of fighting for conservative legislators."

After the visits, the Vice President will return to Washington.

Pence's visit comes just one day ahead of a planned Saturday visit to Georgia by President Trump to campaign for Loeffler and Perdue - both staunch Trump supporters. Both Republicans need to win their runoff races if the party wants to keep control of the US Senate in the upcoming term.

The pair of visits from the executive branch also comes as the state oversees an official recount - the state's third time tallying the more than 5 million ballots cast in the election - requested by the Trump campaign after Joe Biden was certified the winner in Georgia.