People got a little salty, 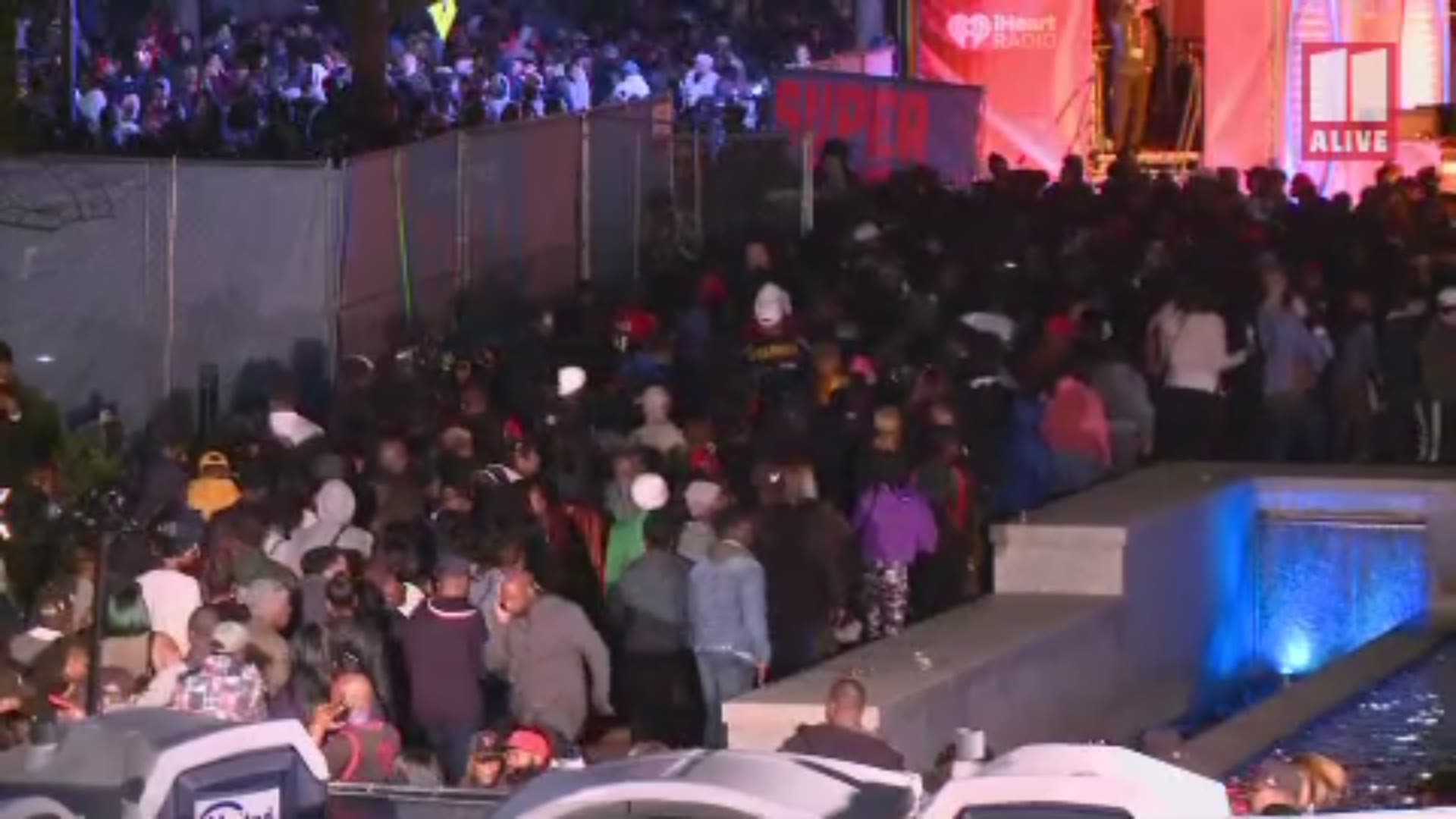 Centennial Olympic Park in Atlanta got packed to capacity on the eve of the Super Bowl Saturday night and people didn't take too kindly to it.

After roughly 22,500 fans packed the park for the final night of Super Bowl LIVE in a line-up that included Monica, DJ Smurf and the So So Def All-Stars, officials closed entry down.

At 7:14 p.m., the Atlanta Super Bowl Twitter accounted tweeted, "Atlanta you showed up great tonight! Super Bowl LIVE presented by Verizon is now at CAPACITY and we are not allowing additional entrants or re-entry."

That didn't sit well with those trying to get in.

To make matters even worse for some, MARTA had its own problems for those trying to get into or out of the city.

Those who managed to get in before the park gates closed did seem to enjoy the experience:

The concert series was produced by Jermaine Dupri, and based on the crowds, it was a success -- just don't mention it to those who arrived a little late on Saturday.