The woman is the child's grandmother, according to the Bartow County Sheriff's Office. 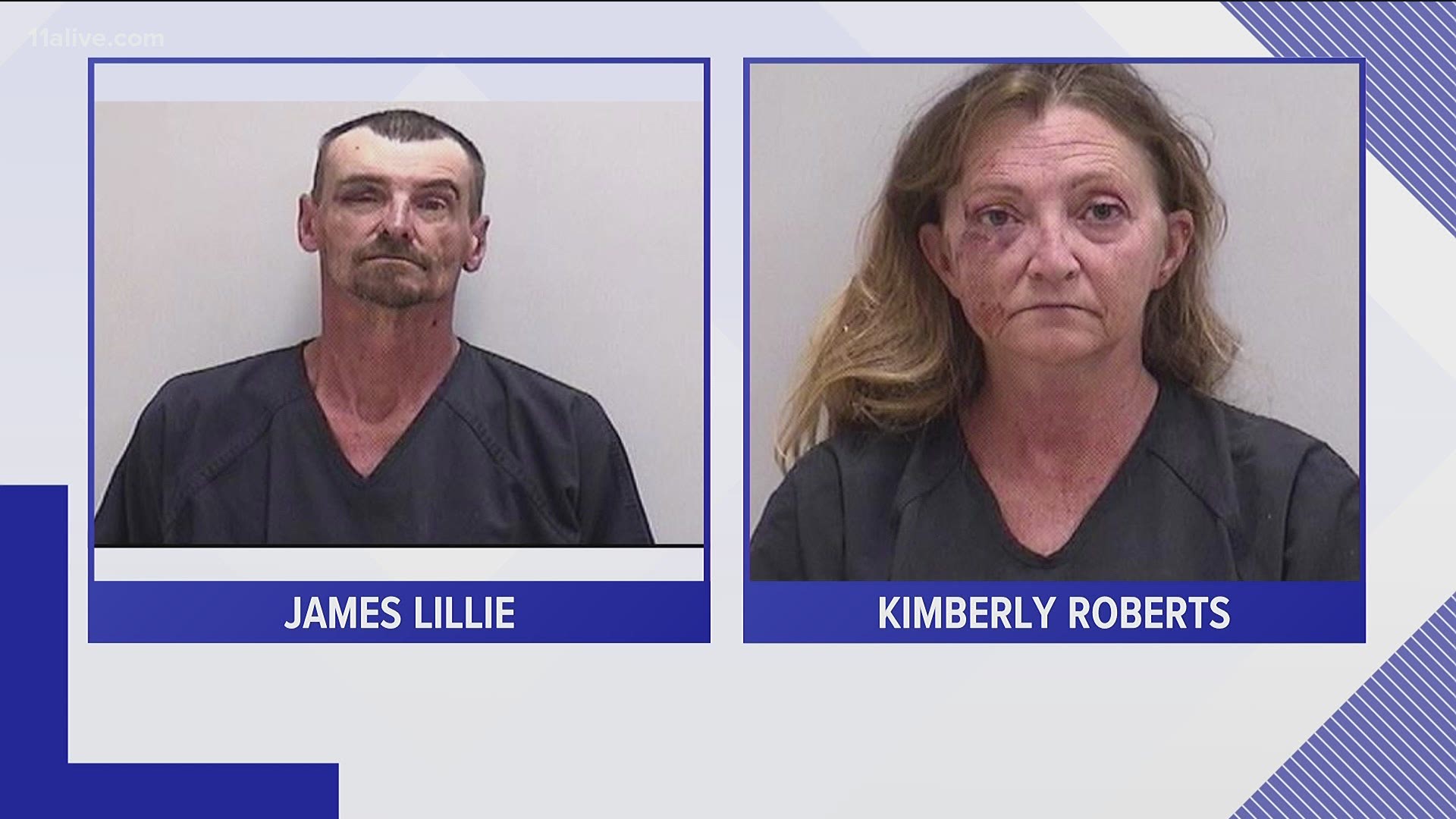 BARTOW COUNTY, Ga. — A young child was killed at a campsite in Bartow County after apparently playing with a pistol on Saturday night, according to Bartow County Sheriff Clark Millsap.

Millsap said deputies were summoned to campsite on Chitwood Cove in the Wilderness Camp Road area just after 8:30 p.m. after receiving reports of a young child shot.

According to a release from Bartow County officials, the child had been taken from the campsite prior to the arrival of law enforcement by persons at the scene. They were met on another roadway by law enforcement and EMS.

The release said that rescue units evaluated the child and transported the child to an area hospital. The child was pronounced dead at the hospital.

After an initial investigation, 47-year-old Kimberly Anne Roberts and 50-year-old James Phillip Lillie, were both arrested and taken to the Bartow County Jail. Roberts is the child's grandmother, and Lillie has no known relationship with the child.

According to the sheriff's office, Roberts is being held on a felony probation violation and Lillie was charged with possession of a firearm by a convicted felon.

The investigation remains underway. Both Roberts and Lillie face additional charges, according to the sheriff's office said. More information will be released once the new charges are filed in the case.