It's a sharply different approach to the All-Star Game than the city of Atlanta is taking. 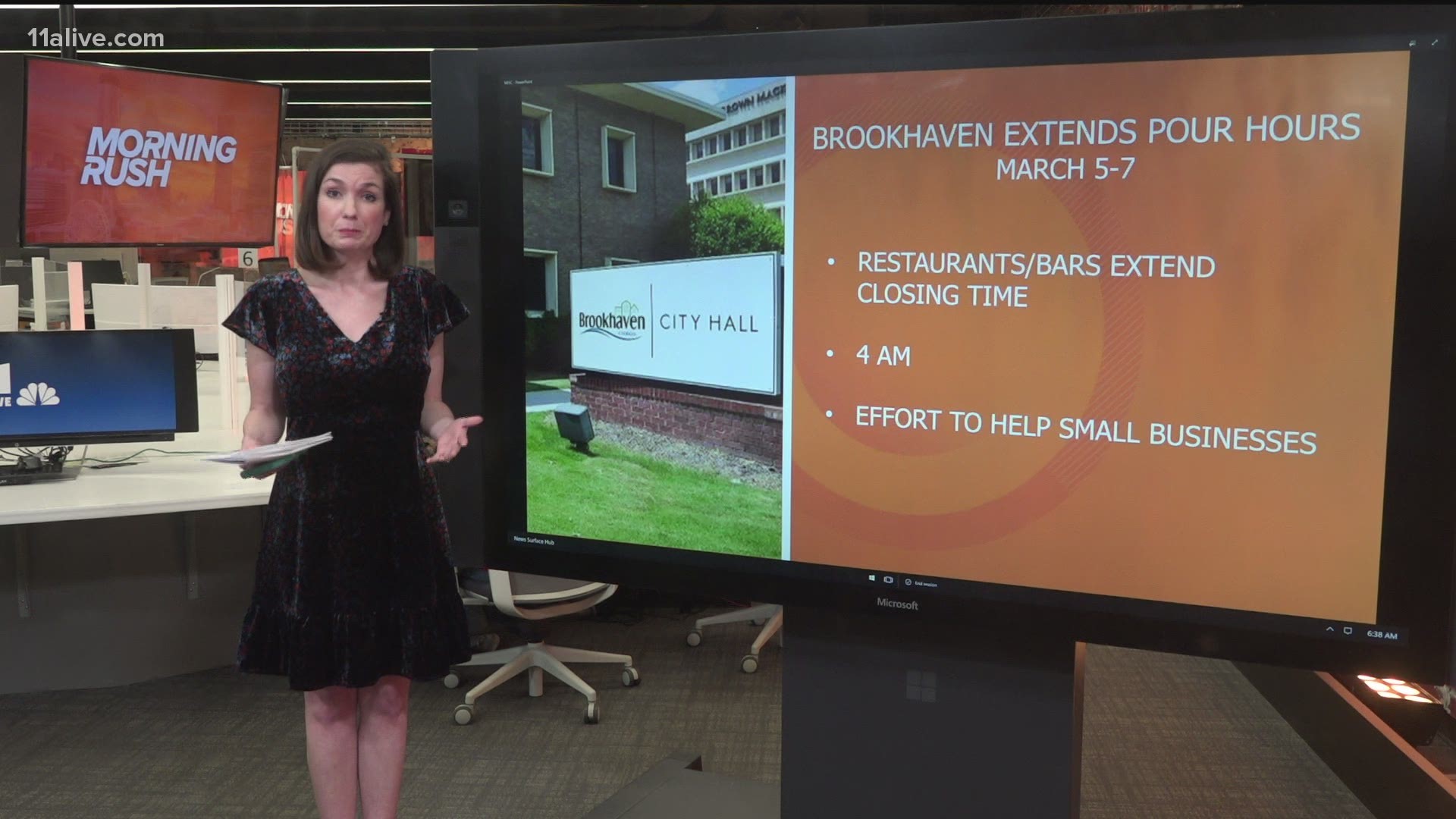 BROOKHAVEN, Ga. — While the city of Atlanta is mostly trying to discourage extracurricular activity surrounding the NBA All-Star Game, Brookhaven is taking a sharply different approach.

They're basically saying: Come on in, we're open - and open late.

The city of Brookhaven is extending its bar hours during NBA All-Star Weekend.

Brookhaven's City Council recently approved a new ordinance that could be stirring up some concerns. The ordinance gives Brookhaven restaurants, bars and entertainment centers special permission to stay open for two additional hours over the All-Star Weekend - March 5-7.

That will allow establishments to extend their closing time until 4 a.m. City leaders say around 87% of Brookhaven businesses are small, entrepreneur-based businesses, and those behind the ordinance say this is a way to bolster businesses who've been hurt by the pandemic.

Mayor Pro Tem Joe Gebbia believes Brookhaven is already conforming to the best practices and safety protocols. He said this ordinance lets businesses follow such guidelines for a little bit longer into the night.

"We do not want our businesses to advertise for parties, and I mean that's what I think Mayor Bottoms is really concerned with too," he said. "We're not looking for those really large crowds. We don't want them to advertise for that. It's mostly business as usual. It will be a festive weekend, it's an additional two hours under the same constraints that are currently in place with COVID-related practices."

Councilmember Lindley Jones, however, was opposed to extending hours -
she said she would love to support bars and restaurants, but is worried about bringing a spike of COVID cases to Brookhaven at just the wrong time.

"Our bars and restaurants are so important and they have suffered so much... and we're almost there, we're headed into the finish line," she said. "I just want to acknowledge that when we're talking about extended hours of service, we're talking about bars and restaurants having all-star parties and whether at this point in the pandemic that's a good idea. This small extension of hours could make Bookhaven the epicenter of gatherings at just the wrong time."

The Brookhaven Chamber of Commerce plans to support safety efforts, delivering PPE care packages to their 60 bars and restaurants ahead of the All-Star Weekend.