Buckhead Theatre to be used as polling place for November election

Live Nation is offering concert venues across the country as polling places. 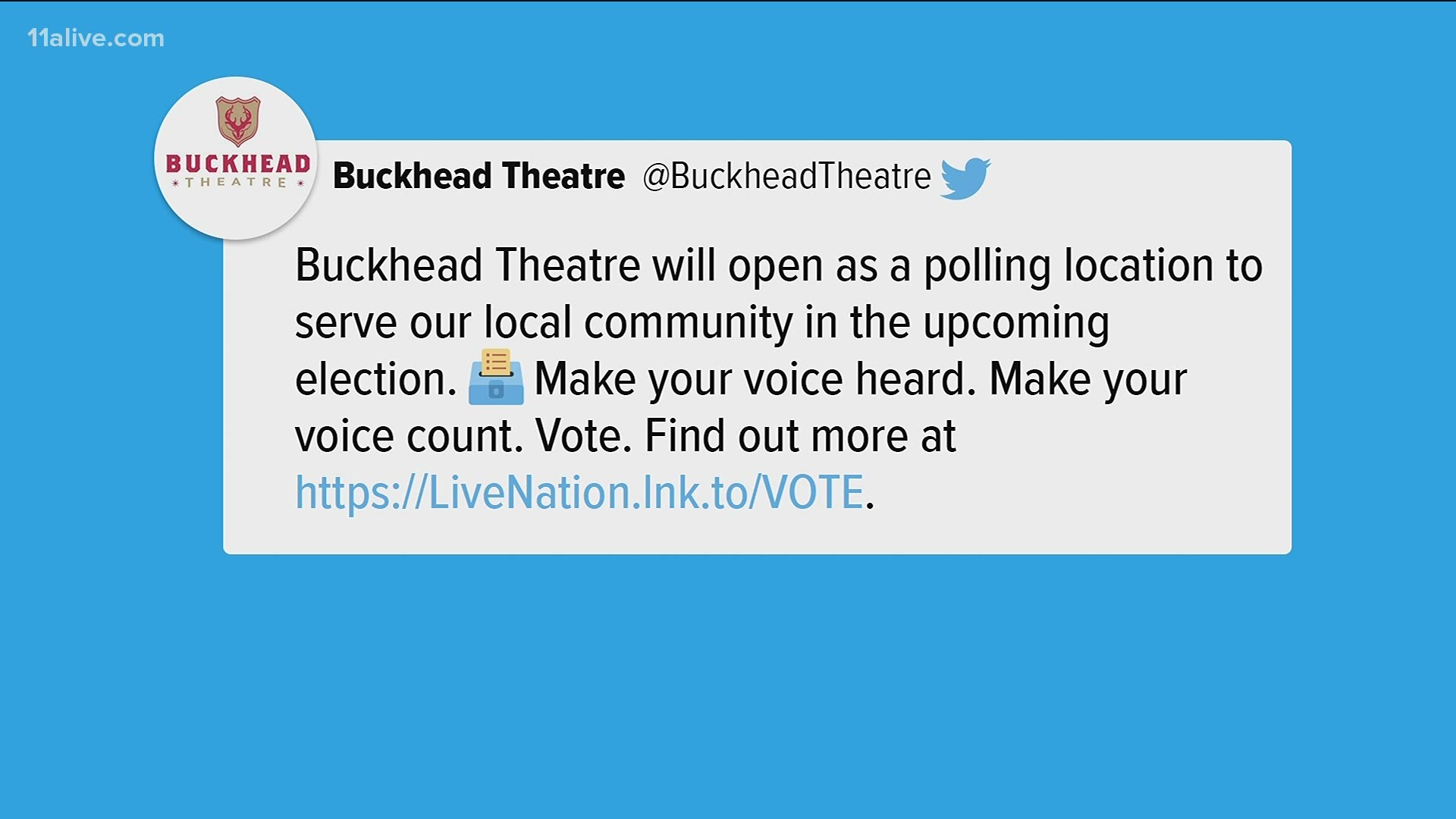 ATLANTA — Joining other entertainment and sporting venues like State Farm Arena, Live Nation announced on Thursday that several venues the company owns across the country, including Atlanta's Buckhead Theatre, will serve as polling places for the 2020 General Election.

A previous Buckhead polling place located in a seniors' high rise was eliminated due to the coronavirus epidemic, but Live Nation came forward and offered the concert venue as an alternative to Fulton County election officials.

“Fulton County is pleased to partner with Live Nation for Election Day 2020,” said Fulton County director of registrations and elections, Richard Barron in a release on Thursday. “This is the kind of strong corporate citizenship that distinguishes our community, and we know voters will be thrilled to cast their ballots at the Buckhead Theatre on November 3.”

According to a Live Nation release, the company is offering several other venues across the United States to local officials as voting locations.

The company says they will provide their employees with paid time off to vote, incentivize employees to serve as poll workers and partner with organizations on voter access and educational efforts in the weeks leading up to the election.

“Core to what we do at Live Nation is helping amplify voices on stage around the world, and supporting voting is another important way we want to continue making voices heard,” said Live Nation president and CEO Michael Rapino.

More than 100 Live Nation venues across the nation are being examined as potential polling places. As of this point, along with the Buckhead Theatre in Atlanta, The Wilfern and Hollywood Palladium in Los Angeles and Emo's in Austin have been confirmed as venues that will be used as polling places. In addition, officials in Philadelphia are taking a close look at The Fillmore as a polling place in that city.

This summer, the Atlanta Hawks partnered with Fulton County election officials to use State Farm Arena in downtown Atlanta as a gigantic polling precinct ahead of the August runoff election. The team and local officials said they plan to continue that operation for the November General Election.

The Buckhead Theatre is located at 3110 Roswell Road, NE, just north of Paces Ferry Road, at the Buckhead Triangle.