The state has already accepted more absentee ballots than in the 2016 election. 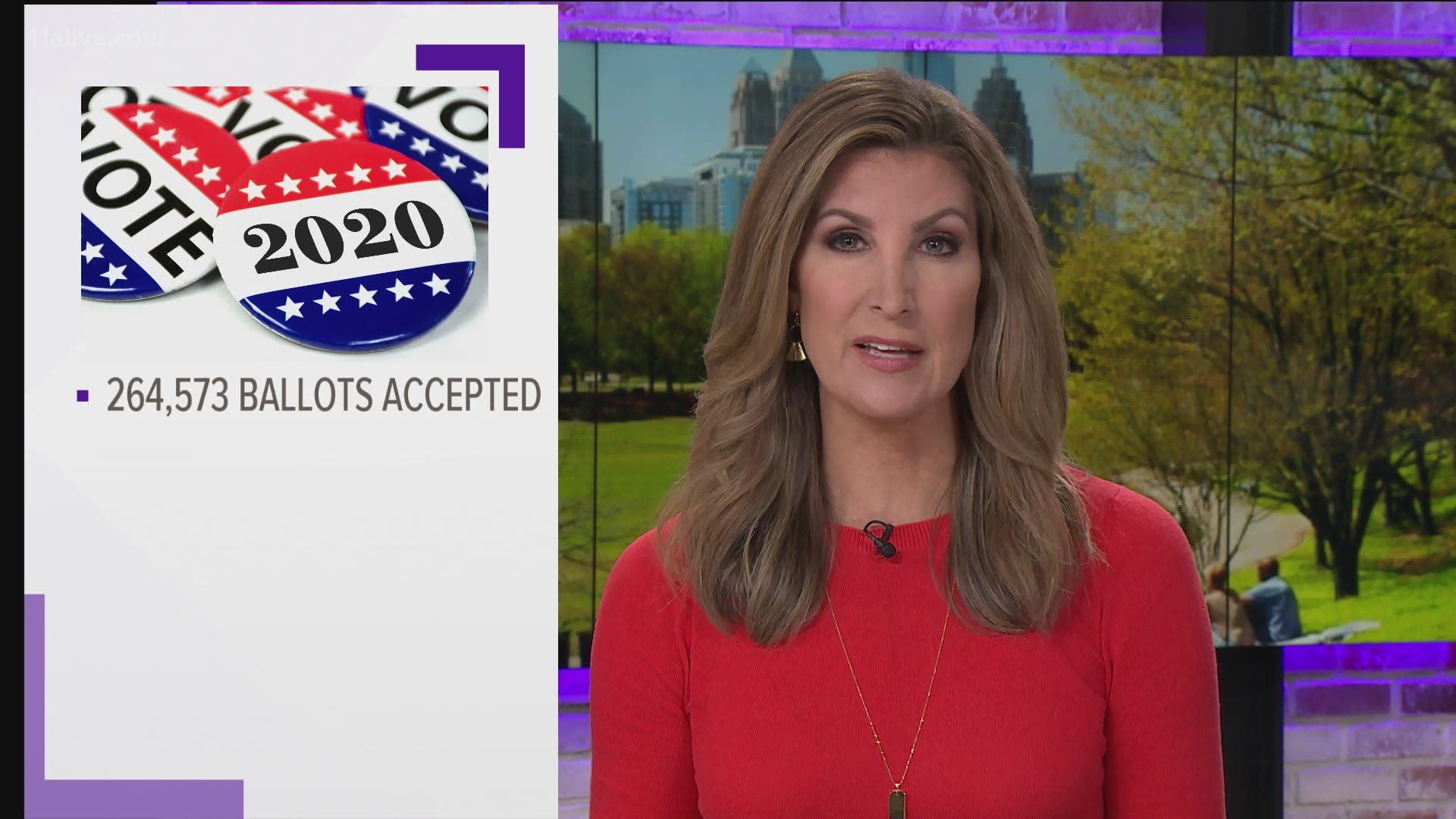 ATLANTA — Georgia has already accepted more absentee ballots than were cast for the entirety of the 2016 presidential election, just weeks after they began to be issued and still days away from early in-person voting.

The state confirmed Tuesday that more than 264,000 absentee ballots had already been accepted, compared to only about 200,000 in 2016.

The secretary of state's office began accepting ballot requests in August, and has so far seen nearly 1.5 million requests for the mail-in ballots, about 20% of the state's electorate. They began issuing the ballots in mid-September.

The huge flood of requests has seen some voters report delays in receiving their ballot - the printing, packaging and mailing can take about 5-8 days, according to the secretary of state's office.

In Gwinnett County, about half of voters who have made requests have yet to see their ballots, which the secretary of state's office has blamed on a court-mandated envelope change.

You can request an absentee ballot here

The Peach State has also registered a huge flood of new registrations, according to the secretary of state's office.

The state announced on Tuesday there were now more than 7.5 million registered voters in the state, an increase of about 600,000 since the November 2018 midterms.

The deadline to register for the November general election in Georgia was Monday.

The deadline to request an absentee ballot is Oct. 30, and it must be received by the same time in-person polls close at 7 p.m. on election night.