Why television stations cannot take political ads off the air

One of the latest TV attack ads for Sen. Kelly Loeffler uses a profanity, but local TV stations are not allowed to remove or censor the ad. Here's why. 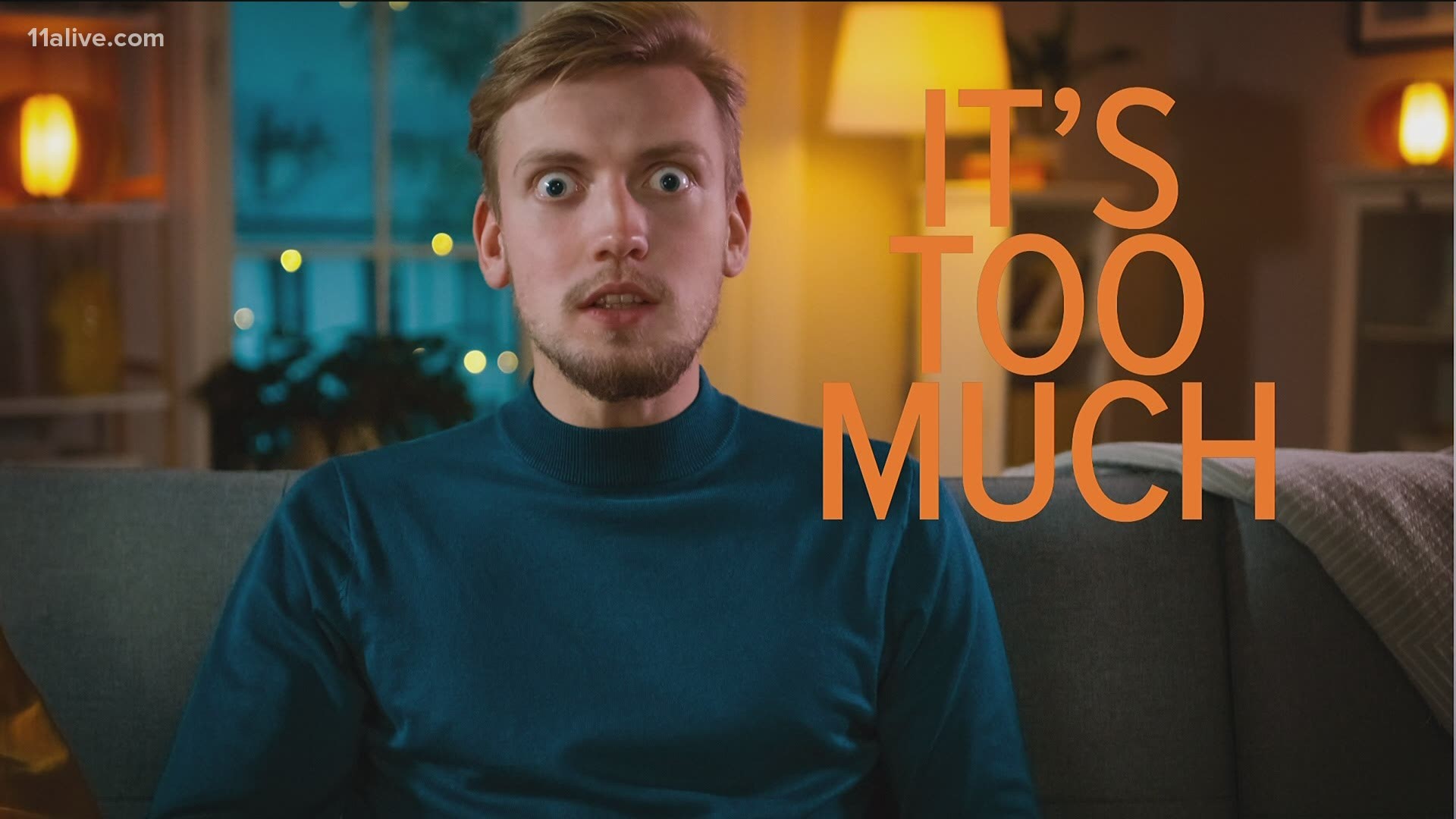 ATLANTA — While most of America has been free of political advertising since the Nov. 3 general election, voters in Georgia have not been so lucky.

All of it is geared toward enticing citizens in the state of Georgia to vote for, or against, the candidates running in the Jan. 5 U.S. Senate runoff election.

Once campaign season starts, the broadcast airwaves -- in particular -- are inundated with ads of all sorts for the candidates.

These races are of particular importance, not only for those of us in Georgia, but for the entire nation, because political control of the Senate likely will hinge upon the outcome of the contests.

One new ad, attacking Democratic U.S. Senate candidate Rev. Raphael Warnock, has been mentioned as particularly offensive by some people.

The ad includes an audio excerpt from a fiery 2003 sermon by Rev. Jeremiah Wright, pastor of Chicago's Trinity United Church of Christ, that excoriates the federal government for what he termed as its racist treatment of minorities in America.

"No, not God bless America; God damn America," the sound byte included in the commercial says.

The full context of that portion of Wright's sermon was a more specific condemnation of the government and its policies, as opposed to a singular attack on the nation as a whole.

Many people have emailed 11Alive, upset with the excerpt of the sermon that has been included in the commercial that is being aired.

Some people are disturbed by the fact that Wright's quote has been taken out of context, while many others are upset with the offensive language used. Some are angry that the sermon is nearly 20 years ago and is being used in the context of an election being contested in 2020 and 2021.

This most recent ad including Rev. Wright's sermon has been paid for, and sponsored by, American Crossroads, a conservative super-PAC (or Political Action Committee), started in 2010 by former White House strategist Karl Rove and former Republican National Committee chairman Ed Gillespie.

According to OpenSecrets.org, the organization has raised more than $46 million over the past year, and poured money into multiple political races during the 2020 election cycle. The New York Times said the super PAC spent more than $20 million in North Carolina during the tightly contested fight for U.S. Senate that landed a narrow victory for Republican Sen. Thom Tillis.

The version of the ad running on 11Alive was modified on Dec. 17 to bleep out the profanity.

It is not the first political ad that has used the short excerpt of Wright's 2003 sermon during this year's Senate runoff campaign and has run on television stations in Georgia.

Two separate ads sponsored by U.S. Sen. Kelly Loeffler's campaign began running in mid-November that included the same short profanity-laced excerpt, with the sole exception that the offending words were bleeped out. Both ads have run recently, and are among videos included on Loeffler's website and social media pages.

A third ad has been presented that ran the same short excerpt of Rev. Wright's sermon, but did not censor out the profanity. That ad was sponsored by Arkansas Republican U.S. Sen. Tom Cotton.

Cotton, a vocal opponent of Democrats, has long been a staunch critic of the current state of race relations in the United States, after having been quoted saying that the United States has an "under-incarceration problem."

The earlier, and probably most notable, use of the incendiary 2003 Wright sermon was during President Barack Obama's first presidential campaign in 2008. An ABC News investigation uncovered the sermons, which became the focus of intensive attention from journalists and commentators.

Barack and Michelle Obama were members of Wright's church. Not only did he marry the couple, he baptized their children.

Critics continued to use Wright's language against Obama, eventually leading to the couple departing the church.

While most advertising is governed by rules and regulations tied to the Federal Communications Commission and the Federal Trade Commission, political advertising -- and particularly political ads placed by a candidate's campaign within 45 days of a primary election or 60 days of a general or special election -- has an entirely different playing field to work with.

According to the FCC, a person who has publicly announced his or her intention to run for nomination or office; is qualified to run under the appropriate federal, state or local laws to run; and has met all of the other necessary qualifications to run for and hold the office they are seeking, is permitted to purchase political advertising time within 45 days of a primary election or 60 days of a general or special election in which that person is a candidate.

In addition, broadcast stations cannot censor or alter the content of political ads being run in any way. The ads must be run in their original form -- even if their content differs from the ordinary program content that the station would regularly air.

A station is also prohibited from rejecting a political ad from a candidate -- despite its content.

As a result, broadcast stations are not responsible for the content of those particular political ads, even if the content may be "demonstrably false or defamatory" in nature.

As an example, in 2010, Missy Reilly Smith, a candidate for office in Washington, DC, used images of aborted fetuses in her local television ads.

Although there were loud complaints by the management of the local television stations in Washington, federal officials said Smith's ads had to run on their air, unaltered.

Just two years ago, during the 2018 campaign for Georgia governor 11Alive was hit with a barrage of email complaints when then-Republican candidate (and now Governor) Brian Kemp aired television commercials that showed him apparently loading a shotgun while talking to a nervous teenager.

RELATED: Why TV stations can't take the Brian Kemp commercial off the air

"This is Jake, a young man interested in one of my daughters," Kemp said, while holding the shotgun and talking about gun rights.

Despite the numerous email complaints, 11Alive was not in a position to alter, adjust, or otherwise change the commercial in any way.

Historically, the sole exception to this rule came in 1983, when Hustler magazine publisher Larry Flynt announced his intention to run for federal office. Broadcasters feared he would run sexually explicit campaign ads on television.

Another rule that applies to these ads requires individual candidates to take ownership of their campaign ads. This has resulted in the verbal statement at the end of each candidate's ad stating,  "I'm [Candidate's Name], and I approve this message."

This rule was one of the provisions of the bipartisan McCain-Feingold Campaign Reform Act of 2002.

Advertising sponsored by third parties -- from political action committees (PACs), unions, corporations, political parties, other individuals or other non-political groups -- are required to play by another set of rules.

Any political advertising from any of those entities actually may be censored by broadcasters, and stations actually do have the power to refuse ads that fall into those categories -- especially if broadcasters find that the content of those ads to be defamatory or offensive.

So, the bottom line, is that while everyone may not agree with the political ads that are on the air right now, or the messages that they convey, 11Alive does not have the power to change them -- no matter what we might think about them -- one way, or the other.

That is part of our democracy at work.