One of the latest concerning shootings involved a 7-year-old Mableton girl who was left in critical condition after she was hit by a stray bullet. 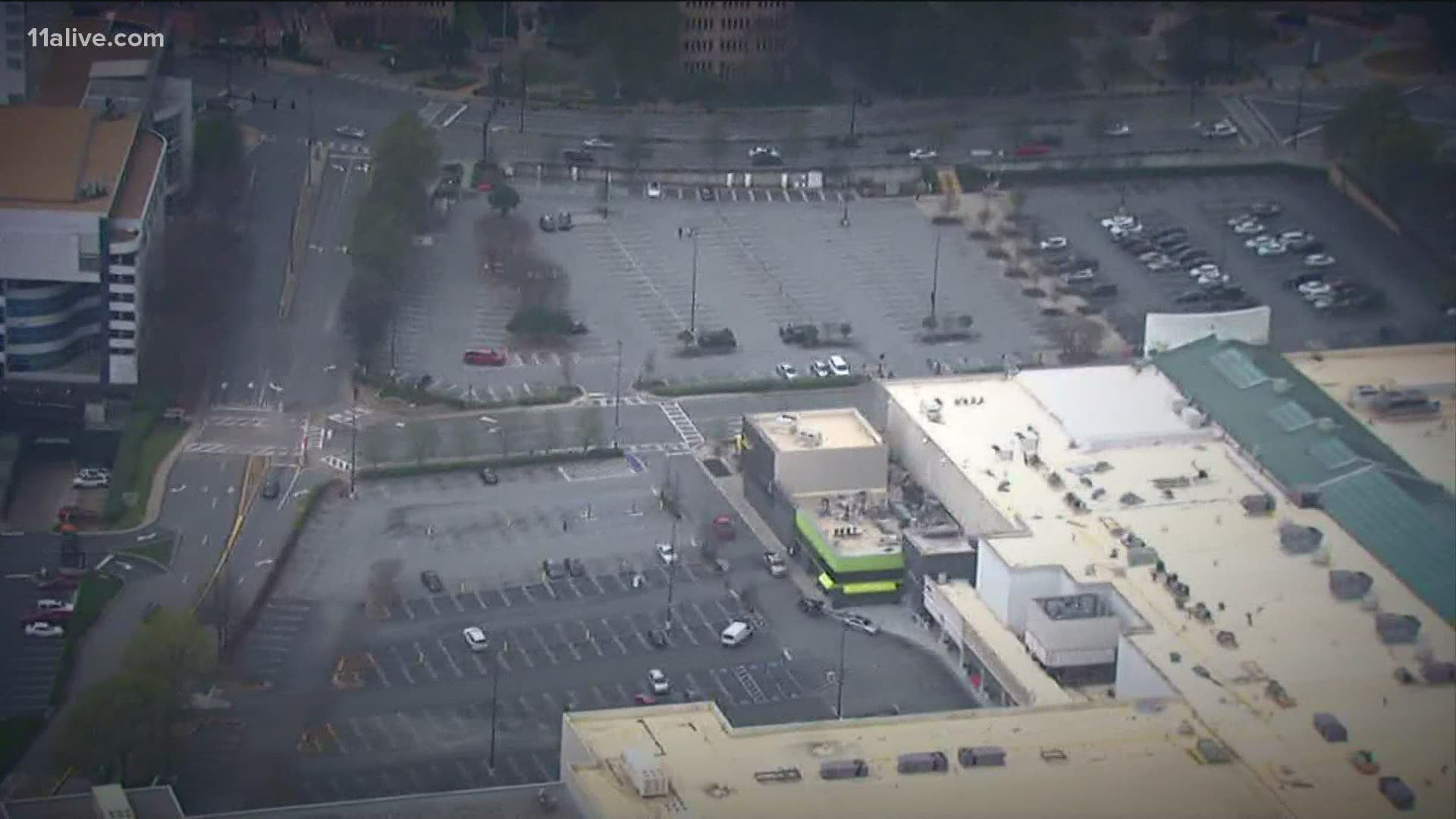 ATLANTA — The heart of Buckhead’s commercial district has been hit with gun violence yet again, so the Atlanta Police Department said it is joining forces with other organizations to try and fight this.

One of the latest concerning shootings occurred on Monday night when a 7-year-old Mableton girl was left in critical condition after she was hit by a stray bullet while riding in a car that was passing Phipps Plaza.

"The level of gun violence that we are seeing is really concerning to law enforcement as a whole," said interim chief for the department Rodney Bryant.

The child was in a Nissan with her mother and aunt when she was shot in the back of the head. Police say the three of them were driving down Peachtree Road where they heard gunshots.

RELATED: Child rushed to hospital after allegedly being shot on Peachtree Road near Phipps Plaza

The aunt continued to drive the vehicle until she realized the child had been shot. That's when she headed to Children's Healthcare of Atlanta - Scottish Rite and called the police.

"Once again we're addressing a situation of a senseless shooting that we believe arose from individuals unable to resolve a situation civilly," said Bryant.

Investigators say there had been an argument between several men in the parking lot of Saks Fifth Avenue, and they are looking through surveillance video to see if that’s where the shot was fired from.

They’re not sure how many of the people involved in that dispute had guns but they do not believe the victims’ car was targeted. Still, this uptick in gun violence in this area of Buckhead continues to raise concerns for law enforcement.

“Right now, it looks like it was the wrong place at the wrong time," said homicide commander Pete Malecki.

As of right now, there are no suspects in this case but there is a $10,000 reward available for anybody with information that could lead to an arrest.

"I am not pleased at the activity we are seeing," said Bryant. "We've deployed a number of resources to continue to address it. I am confident we'll have a resolution to the shooting and we'll bring the individuals to justice as this continues to unfold."

While police do not believe this shooting was targeted, they do say the uptick in crime in the area has been a concern for a while now.

"Many of our major cities and throughout the metropolitan area we are seeing this level of gun violence play out and increase for some reason in these social gatherings people tend to have around these malls," Bryant said. "We're seeing it play out even more."

From Monday night’s shooting to gunfire erupting around Lenox Square at least seven times in the past 12 months. Buckhead’s commercial district has been drawing a lot of attention, and not for the right reasons.

“It is very concerning,” Bryant said. “Part of it is the proliferation of weapons we are seeing on the streets. This is unique to what we have had in the past.”

Bryant adds that they’ve increased the number of patrol officers in both Lenox Square and Phipps Plaza. This is in addition to the security they usually add during the holidays.

Commander of Buckhead’s Zone 2 police precinct, major Andrew Senzer says they’ve already increased the number of police presence in the area and will continue to do so.

“You probably have the most concentrated law enforcement within that mall than in any area of the city at any given time,” major Senzer said.

The police department is also partnering with the Buckhead Coalition and the Atlanta Police Foundation to create the Buckhead Security Plan.

The goal of the plan includes adding more security officers, surveillance cameras and license plate readers, among other things. They’re hoping for donations to accomplish all of this.

“We have already had successes,” Senzer said. “We stop individuals with guns on a weekly basis.”

Council member Howard Shook, who represents the district, said it will take a lot to turn this violence around but the solution begins with leadership. You can read the rest of his statement here.