An 11Alive investigation found a letter written the day after the Ahmaud Arbery tape was leaked, from a county commissioner criticizing the police chief. 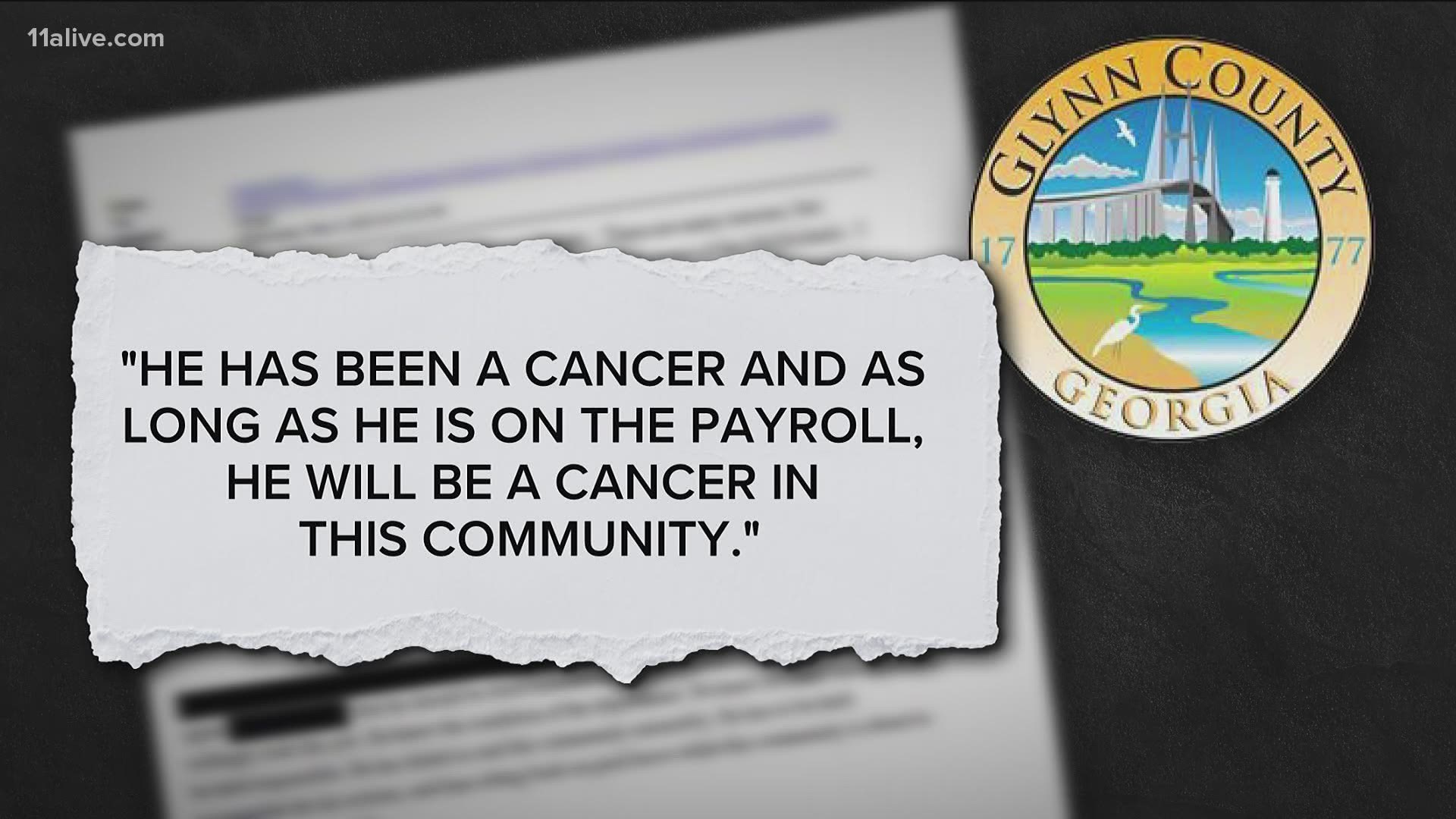 BRUNSWICK, Ga. — County commissioners are coming to the defense of the Glynn County police chief after one of the board members sent a scathing email to his colleagues criticizing the chief and calling for him to be fired.

Chief John Powell was at the helm of the Glynn County Police Department when Armaud Arbery was shot and killed in Brunswick back in February by two men who told police he looked like a burglary suspect.

Within days of the shooting, the police chief and three of his officers were indicted in an unrelated federal criminal case.

Powell has been on paid administrative leave since then. But as protests and calls for accountability mount in the probe into Arbery’s shooting death, County Commissioner David O'Quinn wants the police chief “held accountable” for “fail[ing] his community miserably.”

11Alive obtained a letter through a records request that shows Commissioner O'Quinn telling other commissioners on May 6, the day after footage of the shooting leaked online, that Chief Powell has been a "cancer and as long as he is on the payroll, he will be a cancer in this community."

O’Quinn lists a few reasons why he feels that way, but said the main reason for calling for the chief to be fired has to do with his failure to call in the Georgia Bureau of Investigation to investigate the Arbery shooting immediately after they realized one of the suspects once worked in the department.

O’Quinn also expressed an issue with Powell not ordering the arrests of Travis and Greg McMichael soon after the shooting.

Commissioner Bob Coleman is among the board of commissioners reacting to O’Quinn’s letter and defending the police chief.

“[Commisioner O’Quinn] just stepped out of bounds here. And I don't think he did the cause a whole lot of good […] when something like this goes wrong, I don't think you go on a witch hunt and find somebody to fire,” Commissioner Coleman told 11Alive. “The tone I got, I think he used some wording in there that was absolutely not called for. Calling our chief of police a cancer in our area, our community and incompetent. I just don't think those are our definitions that should be used of a commissioner talking about one of the top, top department heads in the county.”

According to the May 6 letter, the police chief was offered "a very nice package to resign, and he refused."