Interim Chief Rodney Bryant said he was sensitive to the frustrations of the city, but said he won't allow 'lawlessness' 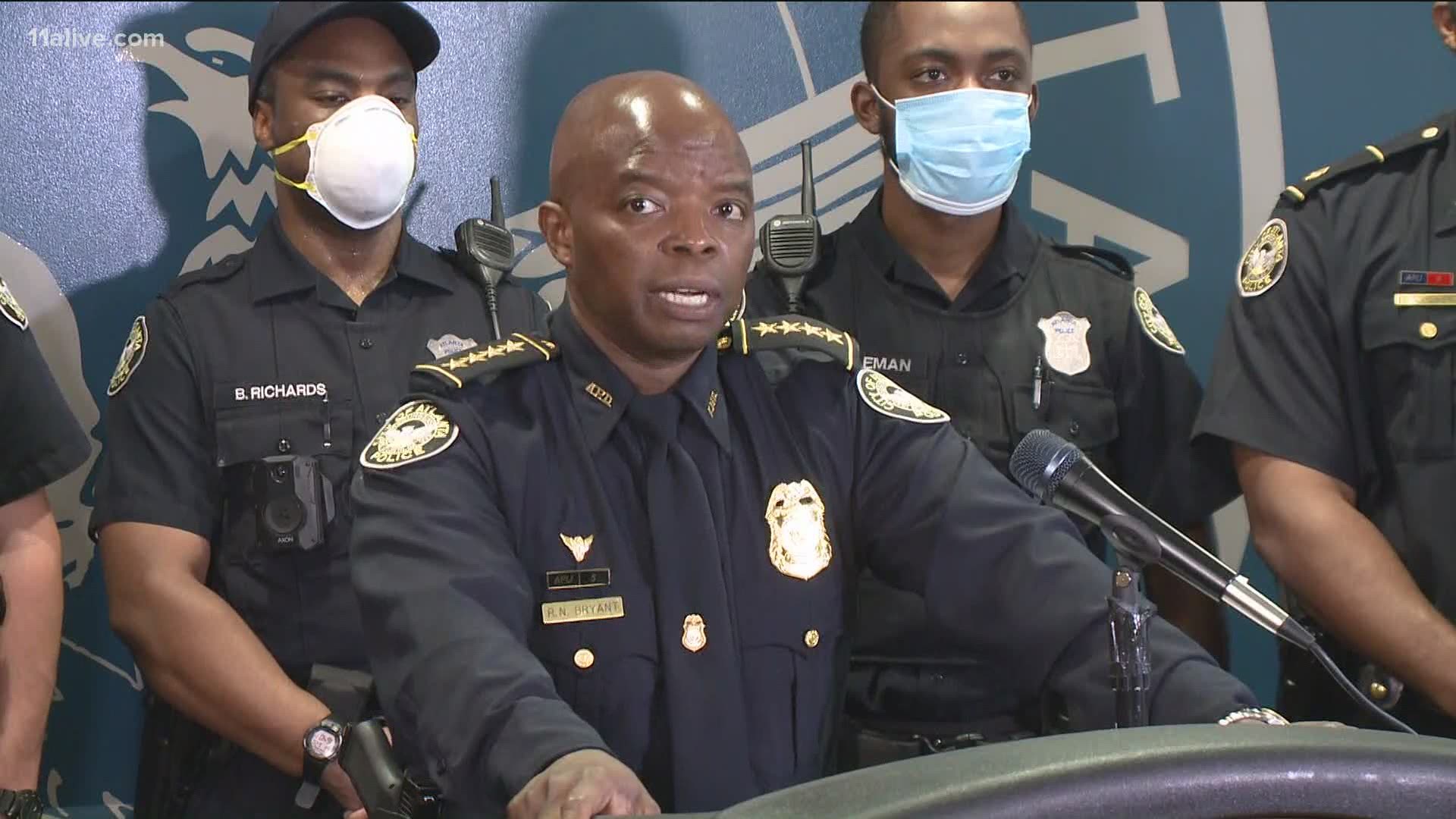 ATLANTA — Interim Atlanta Police Chief Rodney Bryant had words of reassurance when he addressed the public on Saturday. But he also issued a warning.

“I want it to be clear, we will not tolerate lawlessness and injustice in this city,” he said.

Those words came as the department deals with officers calling out of work amid struggles with morale and frustrations on the force.

Meanwhile, protesters delivering their message that night by burning the American flag in the streets.

This is the fourth day of call-outs in the Atlanta Police Department since two officers were charged in the shooting death of Rayshard Brooks. And, in just the last 24 hours, acts of violence against at least four people have occurred outside the Wendy's where Brooks was killed. Those acts included two different shootings.

Atlanta Police admitted seeing a higher-than-average number of officers calling out. But Bryant is ensuring everyone that APD is still thoroughly covering all areas to keep residents, their families, and the city safe.

Officers responded to at least three incidents at the Wendy's where Brooks was killed a week ago - a shooting Friday night, reports of protesters smashing a car windshield with people inside, and another shooting Saturday afternoon.

Combine that with APD's so-called “Blue Flu” as officers continue to call out sick.

Through it all, Bryant wants to reassure everyone there's no shortage of help as APD shifts resources around.

“We are the largest police department in the state and have the resources to ensure safety to our citizens,” he said. “If you call 911 a police officer will respond.”

Atlanta Police are investigating the shootings and the attack.

Bryant stressed multiple times that police will not tolerate this behavior.

“We are sensitive to protests and we recognize that the community is hurting but I don't want anyone to be misunderstood that our sensitivity will allow for lawlessness to happen in this city,” he said.

At Saturday's protest, the Zone 3 precinct major told 11Alive that Atlanta Police had extra officers on-hand to ensure the demonstration was peaceful, blocking off a lane of traffic to allow protesters to gather.

“The Atlanta Police Department has not given up on the city that we love and we ask that you not give up on us,” he said.

Chief Bryant said the department is reviewing its training program for improvement. That includes expanding in areas of de-escalation, implicit bias, and peer intervention.

Bryant said nine officers have left the department since June began. But there's no way to tell how many others are in the process of leaving.

11Alive has yet to get any official numbers on how many officers have been calling out on a daily basis. However, Bryant did say it was above average and fluctuates day-to-day.