A demand letter was sent to the FBI on behalf of the family. The letter claims no one from the FBI has offered the family any answers and the FBI refuses to publicly admit Jimmy Atchison was unarmed at the time of the shooting. 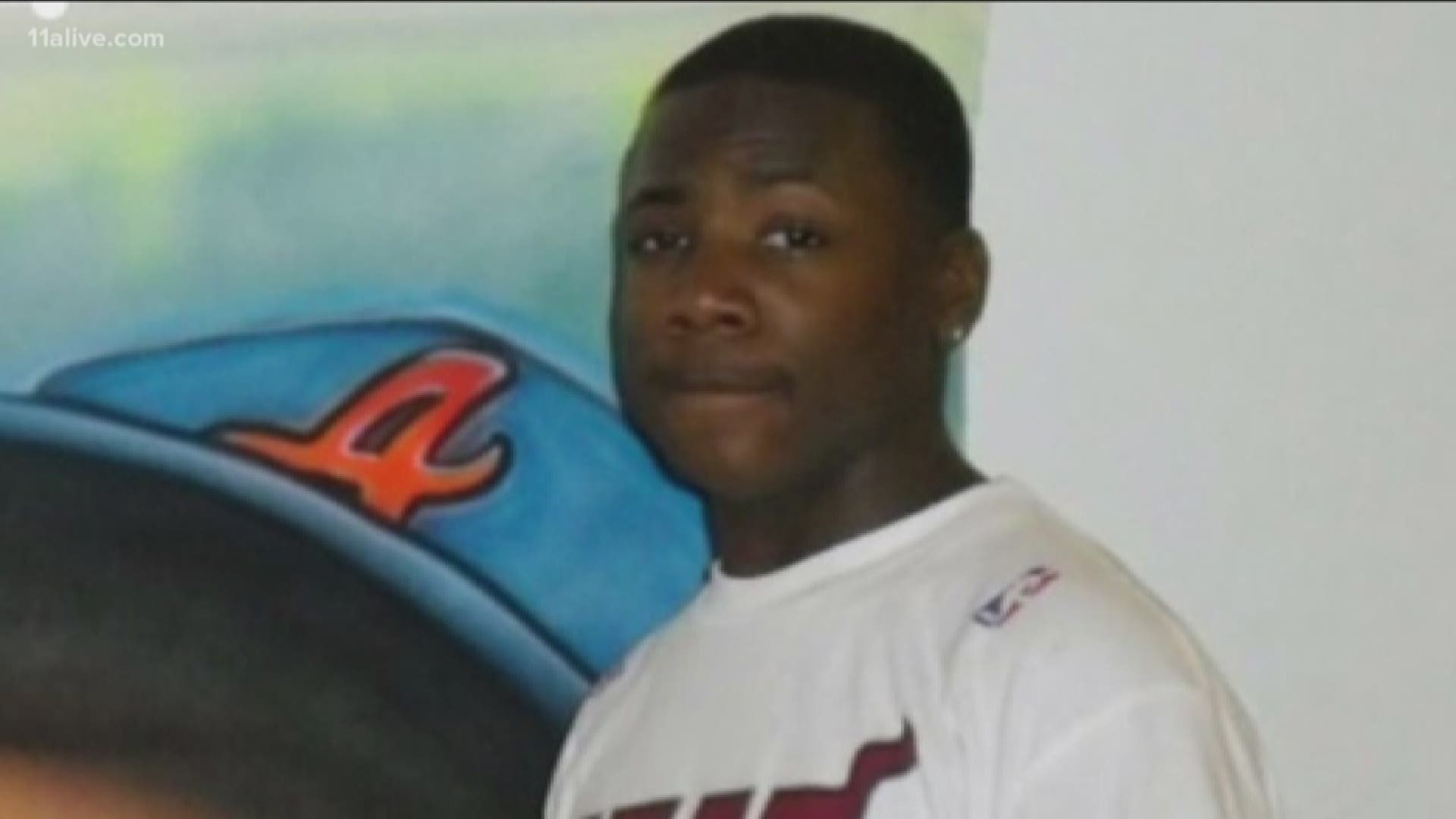 ATLANTA — The family of a man killed by a police officer just sent a demand letter to the FBI.

It’s been almost two months since Atlanta Police Officer Sung Kim shot and killed Jimmy Atchison while serving a warrant. Jimmy’s family, attorney and activists said they have had zero contact with FBI, the agency investigating the officer involved shooting. A demand letter was sent to the FBI, in hopes an agent would meet with the family. It has yet to happen. And that isn’t the only thing the family and activists are planning.

Atchison, 21, was shot and killed on Jan. 23 at an apartment complex in Atlanta’s Adamsville neighborhood. At the time, FBI spokesperson, Kevin Rowson said Atchison was a suspect in an armed robbery. When he was served the warrant by an FBI task force, of which Officer Kim is a part of, officials said Atchison ran and ended up in another apartment, and at some point, Atchison was shot and killed.

And that’s where the story stops.

Family said the FBI hasn’t provided answers as to what happened leading up to the 21-year-old being shot. Tanya Miller, the attorney for Atchison’s family, said photos provided to them by residents of the apartment complex, witness statements and conversations with the Fulton County District Attorney, show Atchison was shot in the face, while hiding in a closet, surrendering to police. 11Alive has not viewed or independently verified these photos and witness accounts.

“Officer Kim shot Jimmy in the face, when he was unarmed on January 23, 2019. That shooting was not justified,” Miller said emphatically.

PREVIOUS: Family of man killed in officer-involved shooting says he was unarmed and hiding in a closet

“It was shoot to kill,” added Jamal Bryant, Pastor of New Birth Church in Stonecrest. “He was in a closet and I think that can’t be swept under the rug or ignored. He’s literally trapped between himself and a hanger.”

Bryant, an activist who assisted the families of Trayvon Martin, Freddie Gray and Michael Brown, joined the family to help them while the investigation continues into Atchison’s shooting.

Officer Sung Kim - the officer who fired the fatal shot - was not wearing a body camera at the time of the shooting. Miller said while APD officers should always wear a body camera, Officer Kim was exempt in this situation because he was serving on a federal task force.

“The fact that he’s detailed to some federal task force shouldn’t not mean that he is not required to follow the city of Atlanta’s policies. Because he is a city of Atlanta employee,” Miller argued.

“If officer Kim had been wearing a body camera, maybe this family would have some answers about what happened to Jimmy,” Miller said.

“We want to know why he was shot in the manner that he was shot,” demanded Tammie Featherstone, Atchison’s aunt. “It bothers me because we don’t know the truth.”

To Bryant, the truth appears straightforward: “For an officer to use what police academy 101 defines as excessive force, I think, warrants more than a paid administrative leave.”

Officer Sung Kim has been with APD since 1992. According to an open records request filed by 11Alive, Kim has had high marks for professionalism throughout his career.

In one case, Kim was investigated for failing to identify himself as an officer and pointing his weapon at visitors while trying to arrest a fugitive at a funeral home. The fugitive was attending his mother’s viewing. All the citizen complaints and internal investigations were “not sustained,” meaning there was not enough evidence to prove or disprove the claims.

In the Atchison case, Kim was placed on paid administrative duty, while the FBI investigates.

Miller, Bryant and the family, however, want the officer fired from the department immediately.

“Why is Officer Kim, still working for the Atlanta Police Department?” Miller questioned.

Not only does Atchison’s side want Kim off the job, they want a criminal investigation into his actions.

Miller said, “No citizen should be subjected to a police officer acting as judge, jury and executioner over an accusation.”

The family has questioned why the FBI would investigate a police-involved shooting. Many times, Georgia's state agency, the Georgia Bureau of Investigation handles officer-involved shootings. However, the GBI must be invited by the police department or the district attorney. In the Atchison case, that didn’t happen, because the FBI took the lead over the investigation.

In the two months following the shooting, the family says they have yet to hear from anyone investigating the case.

A demand letter was sent to the FBI by Miller on behalf of the family. It claims no one from the FBI has offered them any answers and the FBI refuses to publicly admit Atchison was unarmed at the time of the shooting.

ALSO: NAACP demands meeting with city leaders due to 'serious concerns' about police shooting of father

The letter goes on to accuse the FBI of usurping a GBI investigation “to control the flow of information to the public and limit local governing agencies, ability to independently assess the appropriateness of the officer's conduct.”

The letter ends with the hope the FBI will have someone meet with the family to discuss the status of the investigation. So far, that has yet to happen.

Miller said the family is worried the Atchison investigation will mirror the investigation of Jamarion Robinson, a man who was shot 76 times by a FBI task force member in 2016. In that case, Fulton County District Attorney, Paul Howard, filed a lawsuit two years later against the U.S. Department of Justice claiming the agency failed to provide information about the shooting.

“It makes me feel like my nephew is going to be another statistic, but we’re not going to let that happen,” Featherstone vowed.

The family said without hearing from the City of Atlanta, APD or FBI leaves them with one option - protest.

Byrant said engaging the faith-based community, young people, and activists to raise awareness about the lack of transparency in the shooting is the only logical next step.

Without releasing detailed plans, the family said they do intend to start encouraging people to use the hashtag #JusticeforJimmy, while discussing the case and bringing awareness to the investigation.

The FBI declined to comment on the demand letter, investigation and claims the Atchison family has made. According to Miller, the FBI has also not responded to their request for a meeting.

They were arrested for less than an ounce of weed at a lingerie-themed party. Now, dozens are suing.

Four brothers, all under age 11, start their own cookie empire

Her boyfriend was murdered in front of her before she was shot. Now, 4 teens are accused of the crimes.

Her killer was sentenced to death. Now, he wants a second chance.