Georgia's 16 electoral votes: How important are they to Donald Trump, Joe Biden?

Georgia has become a surprise battleground state in the decision of who will be president for the next four years. Here's why 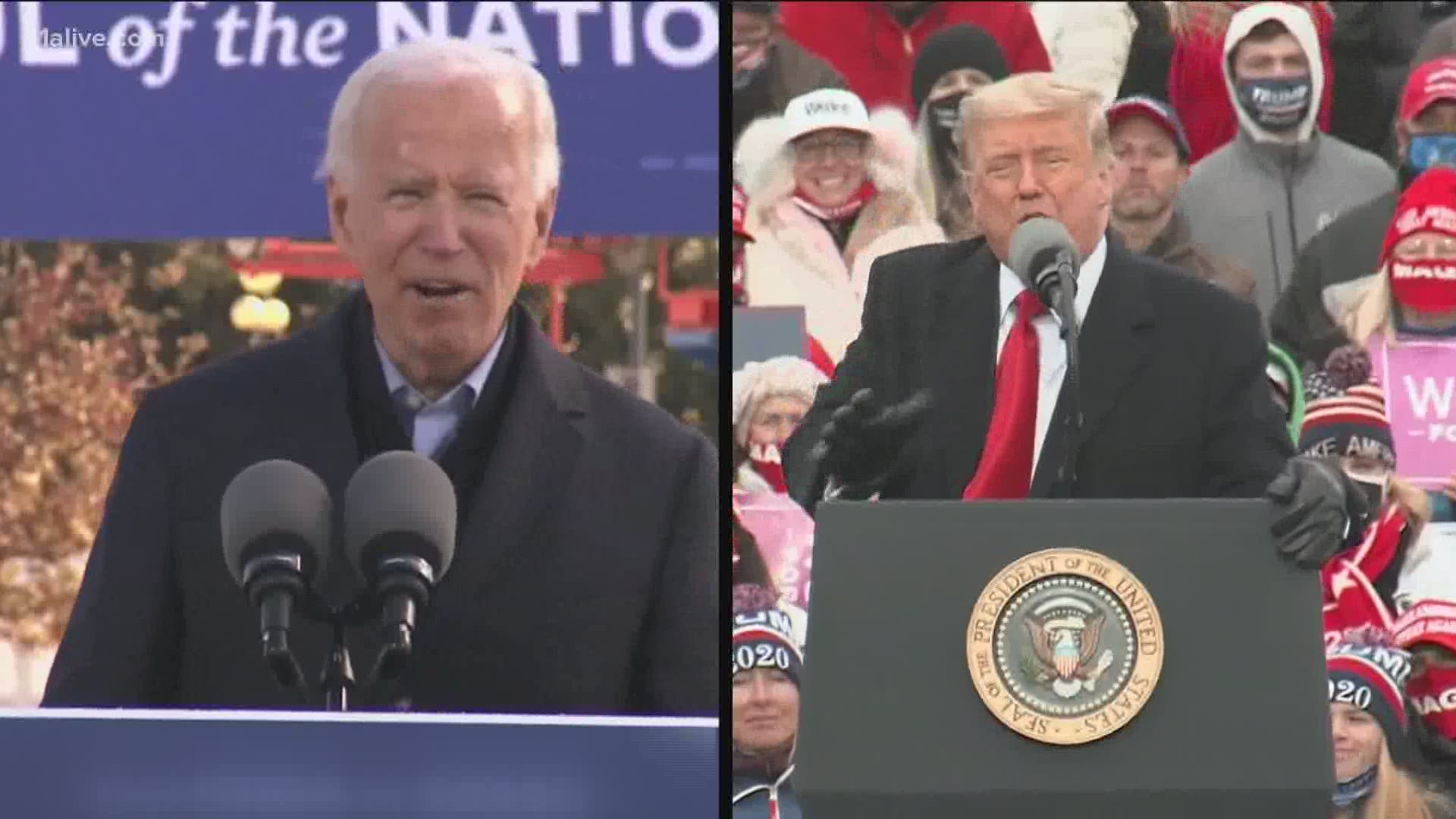 ATLANTA — With just two more days until the election, it's down to the final push.

The candidates pulled out all the stops as they crisscrossed the state to get the support of Georgians. This year, it's become an intense battle for the 16 electoral votes in Georgia.

The polls show that the presidential contest is still a toss-up in the state – and either candidate could win the state.

That, however, is not the case anymore.

Dr. Gillespie said so many more Democratic voters have moved into Georgia and registered to vote that they are now offsetting the big GOP majority here.

So, the candidate who wins Georgia will win all of its 16 electoral votes.

And, in all, Georgia plus these eight other "toss-up" or "leaning" states account for most of the 270 votes needed in order to win it all.

"I mean, I think Joe Biden could win without Georgia,” Dr. Gillespie said. “Barack Obama did it twice. It would be really hard to imagine a scenario where Donald Trump won without Georgia."

And that's a big reason that everyone on both tickets has been campaigning in Georgia in 2020. Since July, Georgia has become a repeated stop for candidates in the presidential race.

Democratic candidate Joe Biden has been here once. The same goes for Vice President Mike Pence. Senator Kamala Harris made her second visit to metro Atlanta on Sunday. And Sunday night made president trump's fourth time campaigning in the state.