More than 1M Georgians have already voted either in person, by mail

The turnout is breaking records. 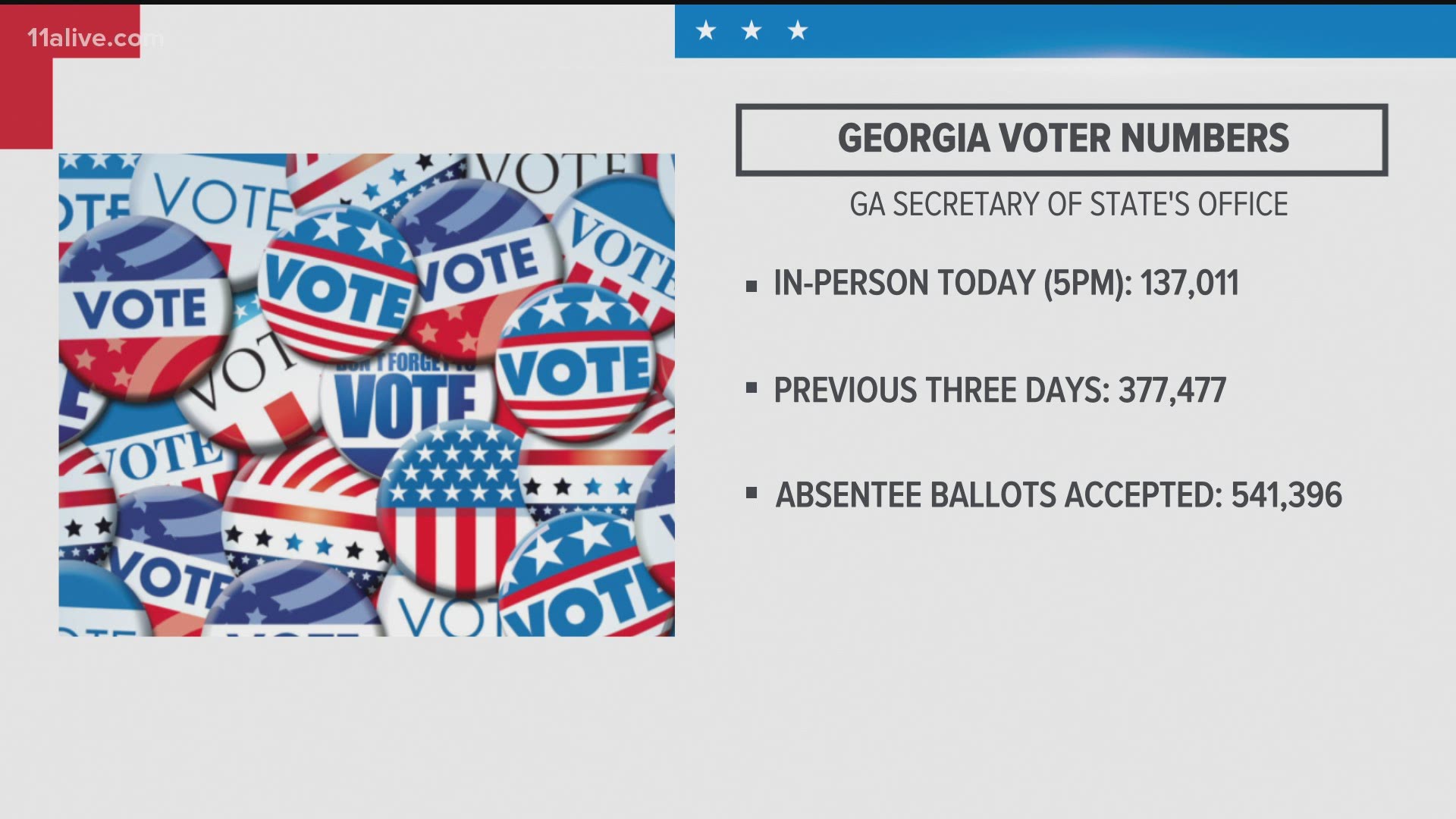 ATLANTA — More than 1 million Georgians have already voted so far in this election cycle, accoding to the most recent numbers from the secretary of state's office.

The secretary of state's office said more than 137,000 people cast a vote across the state as of 5 p.m. Thursday. That's in addition to the more than 377,000 in-person ballots cast and the 541,000 absentee ballots accepted over the previous three days in the early voting period.

The turnout is breaking records, and has already led to hours-long lines at early voting locations. That has prompted some counties to open new polling locations, including in Gwinnett and Douglas counties, to cut down on excessive wait times.

11Alive is where Atlanta speaks, and we've spent the last four days talking to people voting early and in person. Many on both sides say it's because they simply don't trust the absentee ballot process.

11Alive's La'Tasha Givens spoke to some of those voters, like Richard Clarke in Gwinnett County, who expressed that skepticism. Clarke said he wanted to vote early and in person to make sure his vote wasn't "thrown out."

"I know that they have the [absentee] ballot station right there, but I figure I'd vote in person so I know they can't throw away the vote," he explained.

"I felt like I, for right now, I wanted my vote to go in and be counted, and know that it was there," explained another voter in Cobb County.

Emory political science professor Andra Gilespie said that many voters may have concerns, regardless of which candidate they support.

"We would be hard pressed to find a time in American history when we've had an American president openly question absentee ballots in such a very vigorous way," she said. "If we think about the stories about the Post Office cutting back on boxes and cutting back on overtime and concerns about ballots being received in time in order to be counted."

The early voting period continues through the end of the month, with the final day on Oct. 30.

Check out 11Alive's voter guide to get answers to common voting questions related to early voting, absentee ballots and rules at the polls.