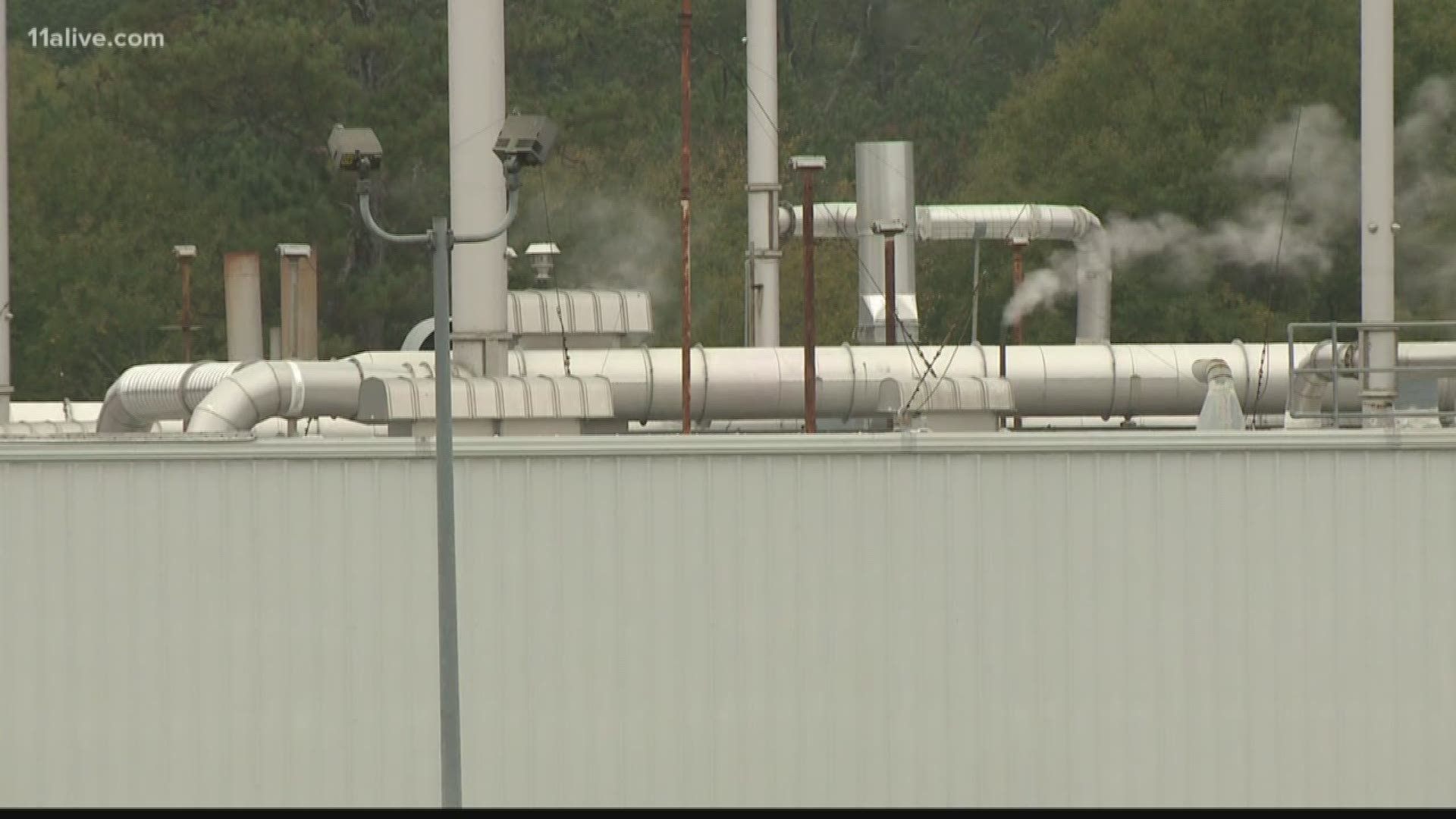 COVINGTON, Ga. — This week residents of Covington will ask federal investigators to look at how much cancer there really is around a plant that uses cancer-causing ethylene oxide. The BD plant in Covington uses the chemical to sterilize medical equipment.

If investigators with the Agency for Toxic Substances and Disease Registry agree to do it, the study would focus on so-called cancer clusters in neighborhoods surrounding the Covington plant.

"There's people all around here with cancer," Jane Bledsoe told us in late summer.  She lives in Covington Mill, a historic community that’s in the back yard of the BD plant.

"We’ve got cancer cases up that way on Wheat Street," she said, gesturing behind her. Tests here in September showed elevated levels of ethylene oxide.

She is among the residents who think they live in a cancer cluster.

When she talked with us in August, Bledsoe told us about her husband Steven who also died of pancreatic cancer at age 51.

"He lasted fifteen months" after the diagnosis, she said.

Residents here have told stories like this for years.  Only this summer did they come to suspect a connection to the ethylene oxide used at the BD plant.  Now they want the ATSDR - which is connected to the Centers for Disease Control -- to try to verify, or debunk, the connection.

"It’s been so prevalent for years. People have often talked about something in the water or the air. So having an actual study done is something that could be tremendously helpful," said attorney Michael Geoffroy, a Covington resident who is gathering cancer-stricken clients for possible litigation against the company that owns the BD plant.

He is hoping a federally-backed study in Covington Mill and elsewhere could shed light on the company’s culpability.  Reached Monday, a spokeswoman for BD declined comment on the effort to study possible cancer clusters.  The ATSDA was unavailable for comment because of the Veteran's Day holiday.

"If you interview all the cancer patients and all the family members of people who have cancer in the Covington area," said Cindy Jordan of Say No to EtO - Georgia, "you would also be as concerned as we are. There’s a lot.  A lot."

Representatives of the plant have said repeatedly that the plant operates safely and within the law. The plant reopened last week after the plant agreed to a consent order with state regulators.