In the days after fired APD Officer Garrett Rolfe was charged with murder, his former co-workers called out sick. Some even called out sick for multiple shifts. 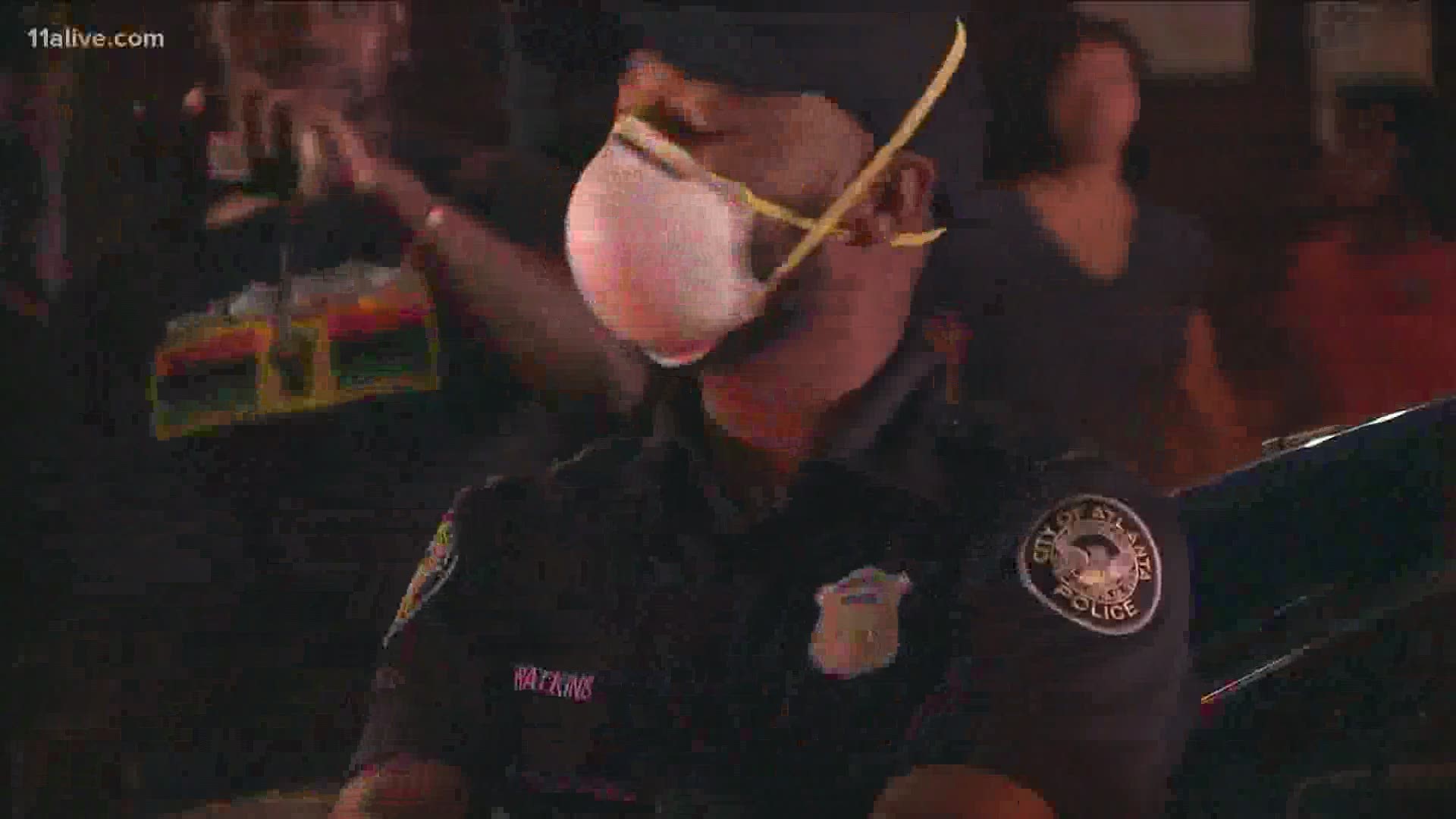 ATLANTA — It was dubbed the "Blue Flu."

Officer after officer from the Atlanta Police Department called out sick starting last Wednesday through this past Saturday, after Fulton County District Attorney Paul Howard would bring charges against two officers involved in the killing of Rayshard Brooks.

It was last Wednesday when Howard announced the charges, including a murder charge, against former Officer Garrett Rolfe. He also charged Officer Devin Brosnan with aggravated assault in connection with Brooks' death. Rolfe was fired by APD following the shooting, while Brosnan was put on administrative duty.

Shortly after Howard announced the charges in a press conference, the sick calls began.

APD has since released 52 pages of roll call sheets, documenting the attendance - and often the absence - of officers for their scheduled shifts during the four day time period.

Vince Champion, Southeast Regional Director of the International Brotherhood of Police, talked with 11Alive about the sick calls last Friday.

"They think that this could be me, and I could be doing my job, and next thing I know I'm fired because the mayor doesn't like what she saw, and then I'm facing murder charges because the DA didn't like what he saw," Champion said.

The sick-out reached a climax on Friday when 94 officers called out sick.

APD doesn't record specifics of an officer's time off on the roll call sheets, meaning while some officers stayed home to protest the charges against Rolfe and Brosnan, others could have actually been sick or took a day off for other personal reasons.

The roll call sheets released by APD account for the attendance of officers from the APD zones 1 through 5. The majority of the sick calls came from two zones.

Zone 5 covers the downtown area, and included streets around Centennial Olympic Park, where many recent protests have taken place. Numbers show 60 of the 173 sicks calls, including 45 on Friday alone, came from Zone 5.

The next highest totals came from Zone 3, which covers Southeast Atlanta and the Wendy's restaurant where Brooks was shot. Hours after Rolfe and Brosnan were charged, barricades were set up outside the zone's precinct. People who live by the precinct also told 11Alive they noticed officers leaving the building with boxes and bags. From Wednesday through Saturday, Zone 3 officers called out sick a total of 48 times.

Gov. Kemp tells police he has their back in these challenging 'moments of uncertainty'