The department reported the development in the case Tuesday afternoon, just days after Secoriea Turner died. 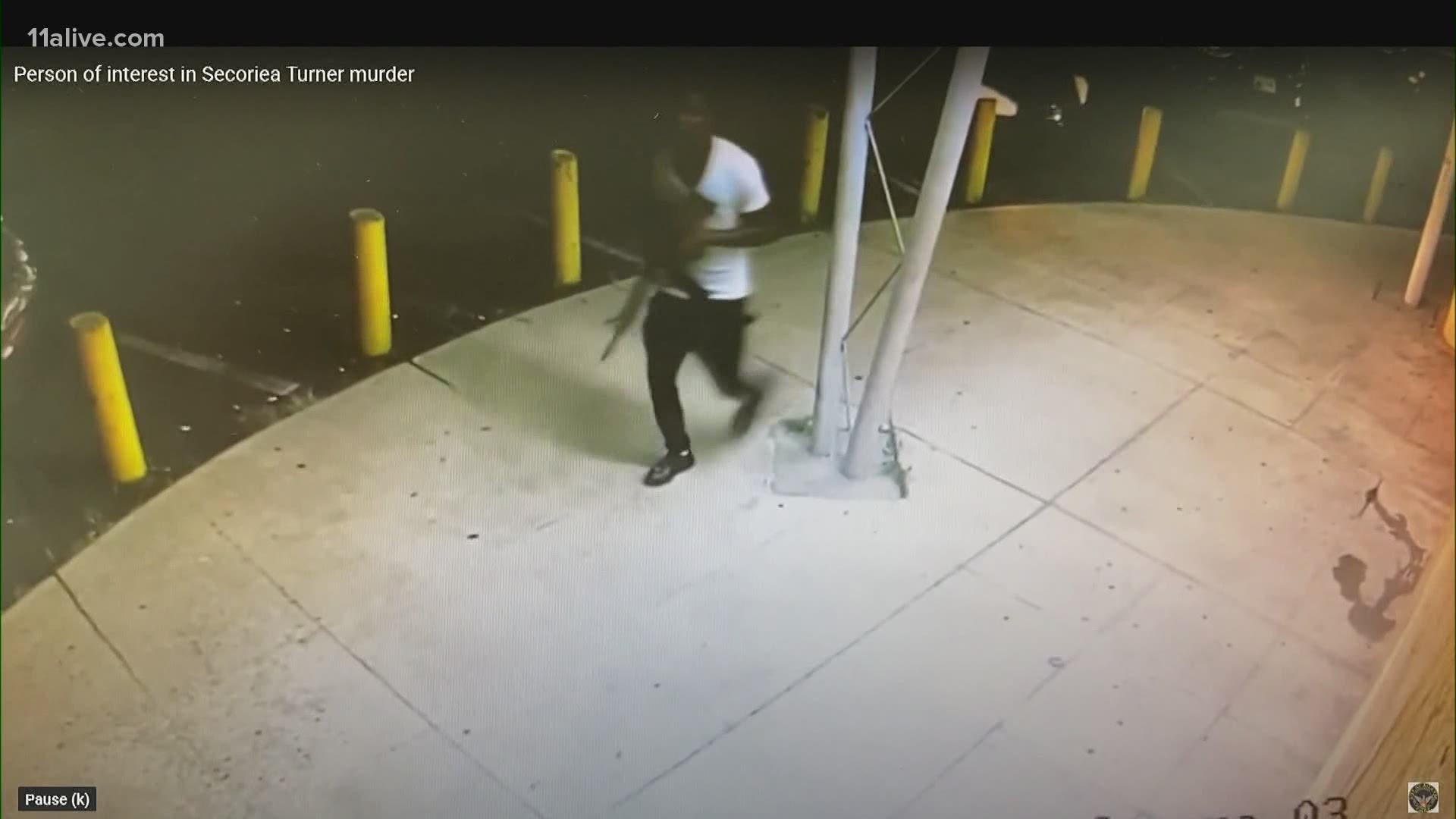 ATLANTA — Atlanta Police said they have obtained new video that shows a person of interest in the tragic shooting of an 8-year-old girl on the Fourth of July.

The department reported the development in the case Tuesday afternoon, just days after Secoriea Turner died, just a block from where Rayshard Brooks was shot and killed last month.

The surveillance video from outside a package store that night shows an armed man clad in black jeans and a white T-shirt, holding what police said is an AR-15.

"I'm confident that somebody knows the name of this man," he said as the seconds-long video clip played on a loop. "And with a simple phone call an individual could earn a $20,000 reward being offered through Atlanta CrimeStoppers."

Police said the little girl was riding in the car with her family around 9:50 that night when they exited I-75/85 at University Avenue. Police said they were trying to turn around in the parking lot of a the package store in the 1200 block of Pryor Road when they were confronted by an armed group of people who had blocked off the entrance.

RELATED: 'You killed a child' | Heartbroken parents of slain 8-year-old have message for her killers

Police said someone in the group fired at the car, hitting it at least eight times. One of those bullets hit 8-year-old Turner. Family rushed her to the hospital, but she did not survive.

Malecki said right now, they believe that there are at minimum three additional suspects who they are looking for, but he said any help identifying the man from the surveillance video is the "first step in that process."

Credit: WXIA
Police released new video of an armed man who is a person of interest in the fatal shooting of 8-year-old Secoriea Turner.

"It's the opportunity to do the right thing," Malecki said in reference to people coming forward with information. He said police have been getting a good amount of tips that have helped with their investigation, and he hoped it would continue.

Turner's death came amid a violent weekend in Atlanta. Over the July 4th weekend, police said they responded to 11 shootings that left 31 people dead. Of those, five people - including Secoriea Turner - died.

At this time, police are still investigating the case and no arrests have been made yet. A $10,000 reward was initially offered for information in the case that helped lead to an arrest. It has now been increased to $20,000.